If You Can Afford a Mac, Should You Buy It?

You might take your smartphone everywhere and use your tablet while lying in bed, but when it’s time to do some serious work or have serious fun, you’ll need a laptop. While buying a Laptop one will come across a wide variety of choices available with different sizes, features and prices. An average user uses the laptop for browsing the web, watching movies, listening to music and working with some text files and presentations. But what if you want a machine for video and audio editing, working with graphics, 3D editing and some gaming?

So should you choose a MacBook, or a Windows laptop? 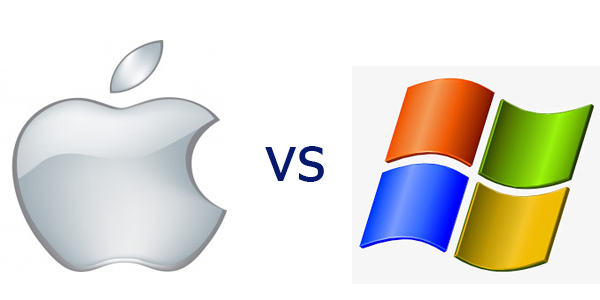 The war between Mac and Windows devotees has been raging for decades. In this article we look at the best arguments to offer a clear picture of why you might choose one platform over another.

Value for money: MacBook hardware costs too much for what you get

Many feel the cost of a Mac is too high for what you get, but others justify the price tag by citing top-tier support, higher quality hardware, and the benefits of the Apple ecosystem. Whether or not you feel those points are accurate, Mac hardware does come with a number of limitations when it comes to specifications. If you want a machine you can upgrade beyond the drive, RAM, or sometimes anything at all, it’ll cost you $2,499 for a Mac Pro.

If you want a cheaper Mac made by Apple, you’re stuck with a computer you can’t do much to upgrade and likely won’t be able to use for gaming purposes. You can, of course, build a hackintosh to work around this problem. But again you have to handle the repairs and compatibility can break at any point.

This is where Mac fans get smug. ‘There are no viruses in the OS X world’, they say. And ‘you don’t need antivirus on a Mac’. The first statement is palpably untrue, the second is debatable. There is no doubt that you are less likely to be infected by a computer virus if your computer is a Mac.

This is partly because OS X – as a UNIX-based system – is compartmentalised in such a way that it is harder to infect than a Windows  laptop. And it is also true that fewer criminals attempt to hack Macs because there is a smaller user base and it is harder to do. While this may not last forever, and Apple doesn’t have the best reputation when handling security issues, fewer viruses is a current and legitimate perk of OS X. Windows, on the other hand, suffers from more than just a few security exploits and with Windows, you have to stay on top of driver updates and antivirus software.

Even though Windows can require a bit of maintenance, Microsoft also handles security issues better and created Microsoft Security Essentials to combat viruses easily. While we feel Microsoft’s offering fell behind its competition, plenty of free antivirus software exists and works great. Additionally, viruses don’t account for some of our primary security concerns nowadays. While viruses still offer a considerable threat to Windows, security issues may become platform-agnostic in the future and render this argument irrelevant.

Gaming and graphics in general, suck on Macs

All true gamers already know this, so it really doesn’t require much explanation. Where do we start? Yes, lots of big name game franchises have ports that work on Mac, and yes since the move to Intel there is no inherent reason for Macs not to run demanding games.

The simple fact is that Apple produces only few kinds of OS X computer. They are all fine products, and they will satisfy plenty of people’s needs. But not by any means all of them.

Windows laptops have touchscreens – and you won’t find that on any MacBook. Now most people would consider a touchscreen unnecessary on a laptop, but I can tell you from personal experience that when web browsing or using your laptop as a media player the touchscreen is a real benefit.

Other variety in the Windows world includes form factor. The MacBook Air is a clamshell laptop, and that is the extent of your choice of portable running OS X. If you want a Windows portable you could choose from a range of clamshell laptops, convertible laptops that turn into slates, laptops that have detachable screens that become discrete slates, and slates themselves with desktop docking stations.

Windows has “[t]ons of software. Just tons of it.” The Windows Store already has over 50,000 apps despite its youth whereas the Mac App Store has a little fewer than 20,000. Of course, the Windows Store is also a store for tablet apps, so those numbers may not be a perfect measurement. Mac users could also make a quality-over-quantity argument, but that’s largely a matter of personal opinion.While what software you love and use may matter the most when choosing a platform, Windows unquestionably offers more options, at least when it comes to bigger apps like music players, video players, IM clients, and other things of that nature.

Of course, both Windows and OS X have their own standout apps that aren’t available on the other.

I guess these are enough reasons which will make you more likely to go for a Windows laptop, even if you can afford a MacBook. Well you can still go for a MacBook if you have money to burn, aren’t a serious gamer, and value a controlled experience over freedom of choice.