Glitch Art: An Exploration of the Digital Medium

Do a simple Google search for “glitch” and you’ll find a variety of concepts, from glitch music to hacks and software glitches to the evolving glitch videography methods; but at the very top of the search, Wikipedia defines a glitch as a short-lived fault in a system.
We are all familiar with the untimely and often resented glitches on our digital devices, the static on a tv or a system error on windows that leaves us cringing in an unknown territory. It is here, though very rarely that we are faced with the fallibility of machines, a break in the lines of congruent code, an mechanical imperfection.

This could be called the basis of the new Glitch Art movement that many visual artists, coders and hackers have taken to in the digital age. Glitch Art could refer to a purposeful error of any digital media, and one that produces unforeseeable and fascinating results, much like this these: 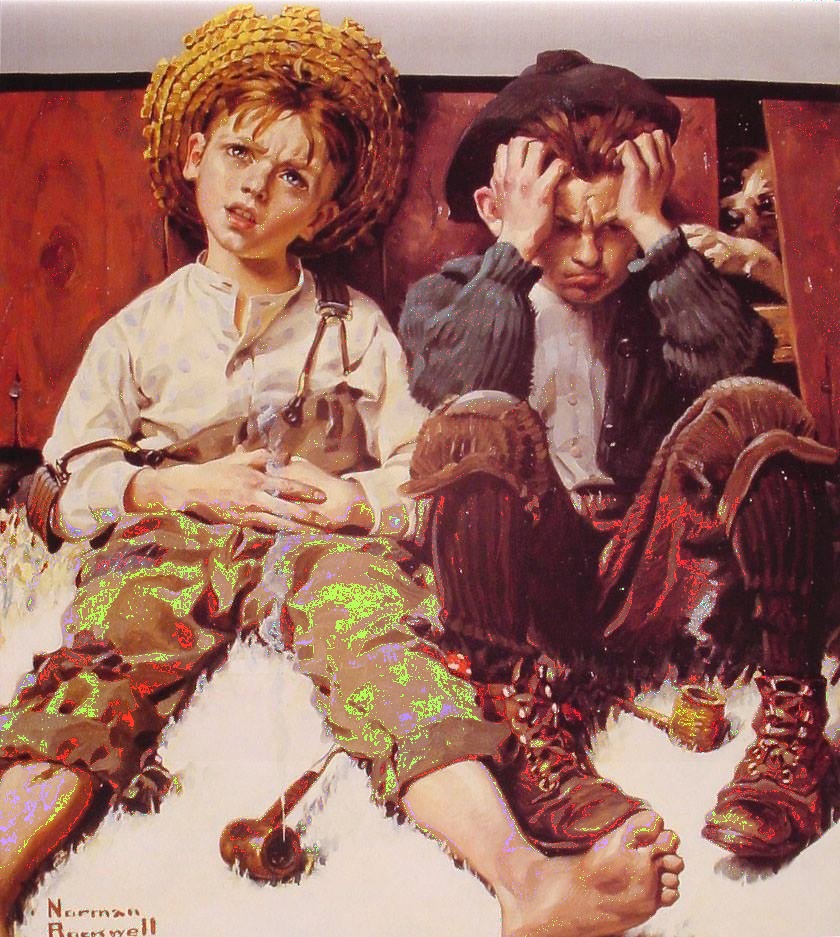 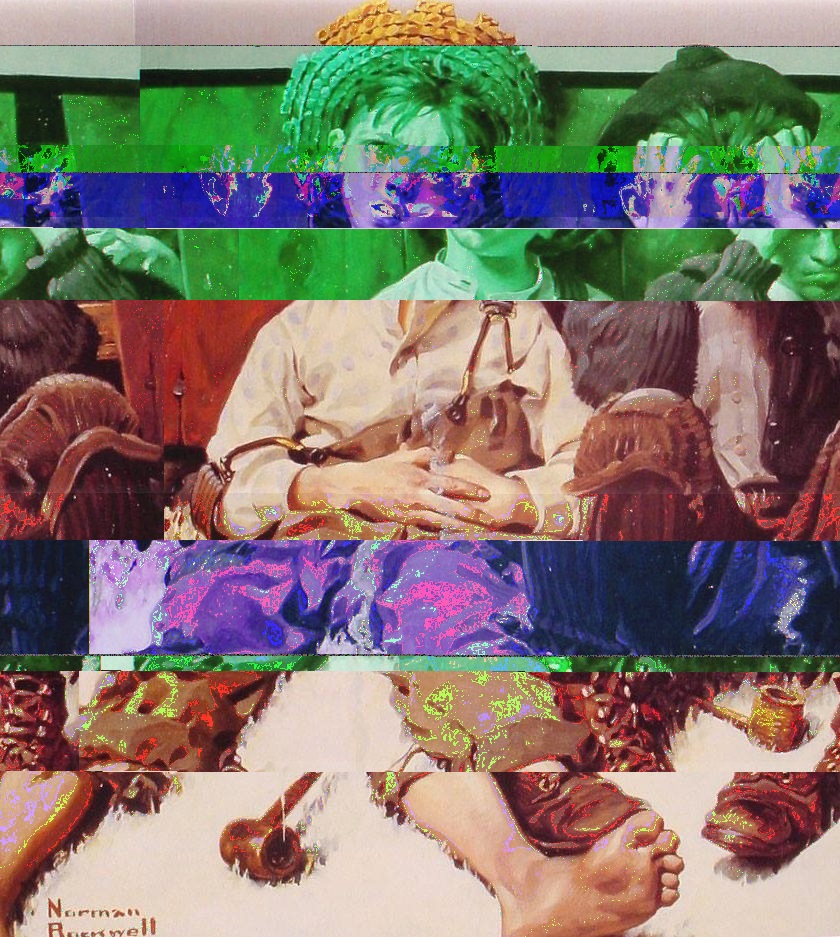 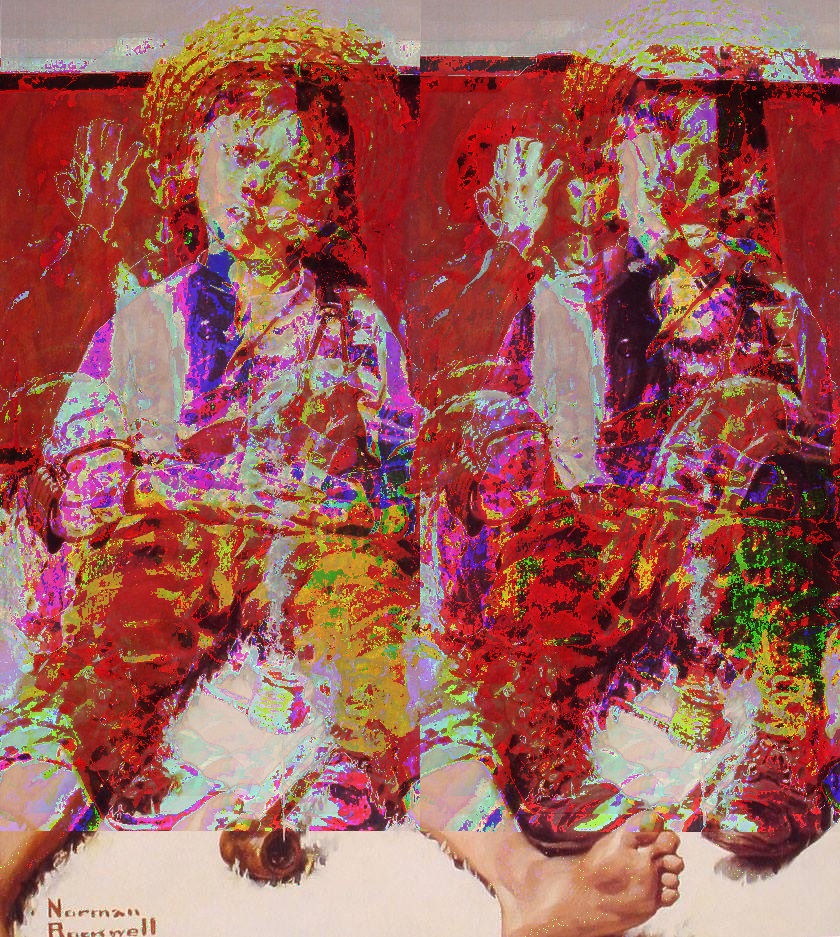 “You’re trying to find this really fine balance where something doesn’t break fully, but breaks just to the point that you can see it breaking,” says Sabato Visconti, a photographer and visual artist who specializes in the so-called glitch aesthetic. 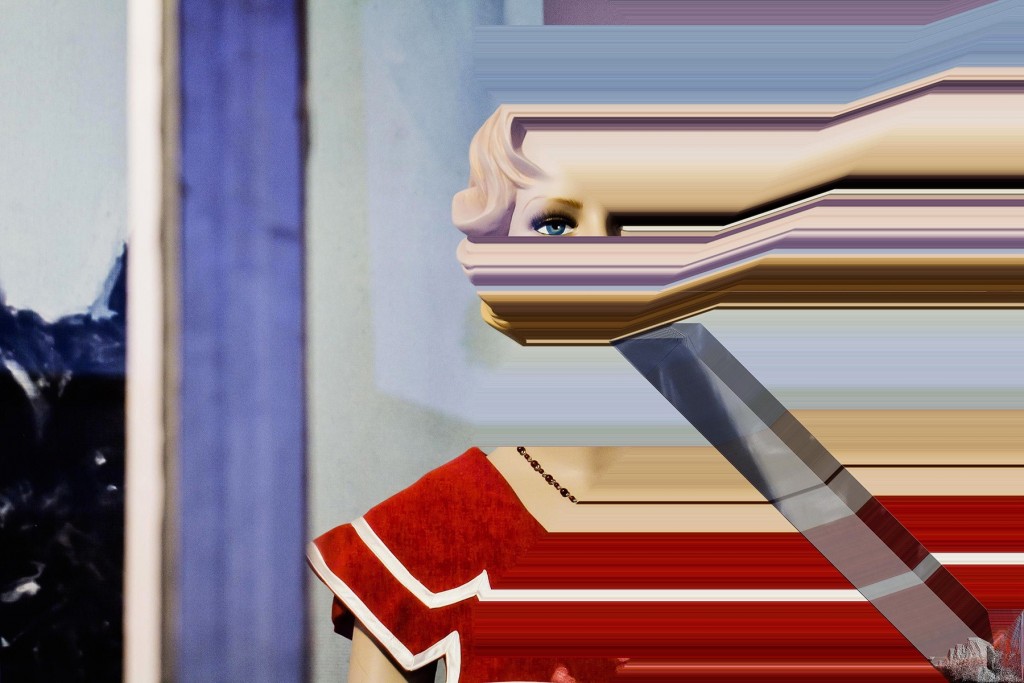 The glitch aesthetic, or the mere process of glitching seems to have evolved from the extensive video game culture, Glitching is an activity in which a person finds and exploits flaws or glitches in video games to achieve something that was not intended by the game designers. This act of utilizing an unintended mistake led to users exploring the wide arena of opportunities presented by a glitch. Today, glitch musicians make the use of samples as well as spontaneous glitches to create an unexpected and interesting pattern of sounds; Artists like Aphex Twins, Flying Lotus and Skrillex have used and pioneered the Glitch.

English’ artist / mathematician’ Ant Scott, who has used glitchy images in his work since he first made use of malfunctioning computer games in the 1980s, has said: ‘Irrespective of whether glitch still is, or ever was, cool and interesting, I personally still very much like art with straight lines, blocks of colour and repeating patterns.’ In its simplest terms, that is what a visual glitch looks like, as a result of varied degree of manipulation of the 1s and 0s that make up every digital file. 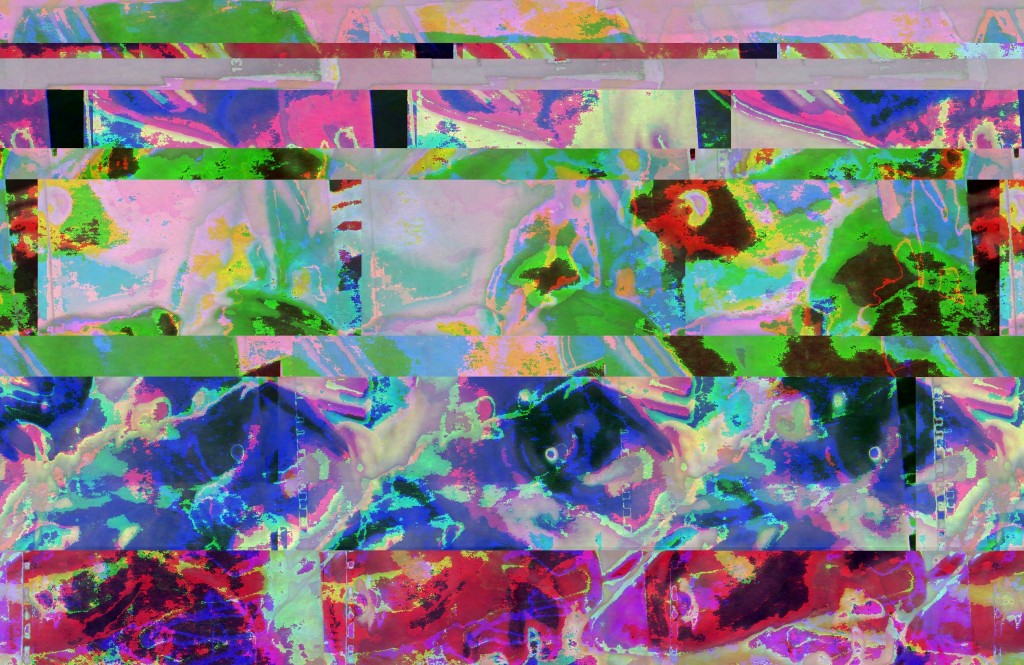 This Kanye west music video is an efficient example of the techniques used by various glitch artists. It is sharp and edgy, creating stark visual contrasts and often painful to look at for too long. The glitch visuals aim at inducing a sense of lack of control and a dissociation, from the original image and its context.

The Philosophy of Glitch Art:

Artists have cited various theoretical influences in the aesthetics of glitch, the most popular being that of Deconstructionism. Pioneered by Derrida, “deconstructionism is not a dismantling of the structure of a text, but a demonstration that it has already dismantled itself. Its apparently-solid ground is no rock, but thin air.”

“Deconstruction seeks neither to reframe art with some perfect, apt and truthful new frame, nor simply to maintain the illusion of some pure and simple absence of a frame. Rather it shows that the frame is, in a sense, also inside the painting. For the frame is what “produces” the object of art, is what sets it off as an object of art—an aesthetic object.” ― James N. Powell

Hence, in this sense Glitch art explores the medium of digital images itself; the natural state of these digital files, i.e. their underlying codes. It enables and forces us to think about the structure of all digital media, how combinations of binary code make up our favourite images, music and video and how these codes behave, when manipulated independently.
It also exposes us to the imperfections in a system we often mistake to be infallible and how these imperfections create a beautiful juxtaposition of intentional and unintentional art.

The visual imagery of a glitch takes most of us back to the old days, when glitches in digital systems were more frequent to come upon. We attach a sense of nostalgia with these strange distortions of colour and digital space. In this view, Glitch is a reminiscence of the past and it’s reinvention in the future, it presents to us the contradictions of the modern age through this dialogue between old mistakes and new ideas. If you are interested in the philosophical dimensions or if you just like the idea of glitchy visual effects, here’s a basic guide to adding glitch into an image.
Artists use techniques like databending, circuit bending, Hex editing, text edits and audio editing to introduce aesthetic glitches into an image. Here’s a few ways to do one of your own:

The Wordpad Edit– This involves the use of programs not originally intended to run image files to create distortions through formatting of the code
Step 1- Open the image you want to glitch in MS Paint and save it as a .bmp file
Step 2- Right click on this .bmp and change the extension manually to .txt
Step 3- Now, right click on this .txt file and select Open with ->Wordpad (Not NOTEPAD)
Step 4- Wait for a few seconds and allow wordpad to convert the image code into rich text and introduce formatting and then save the file
Step 5- Change the extension back to .bmp and revel in the glitchy goodness you just created
Text Editing usually corrupts data heavily so don’t worry if you glitch doesn’t open or ends up like this: 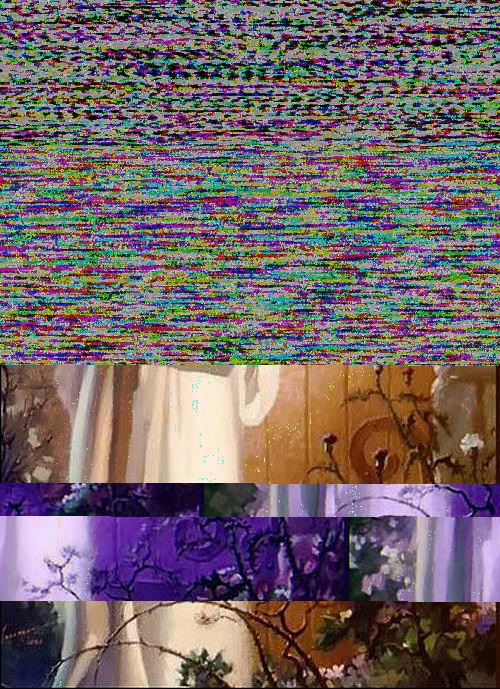 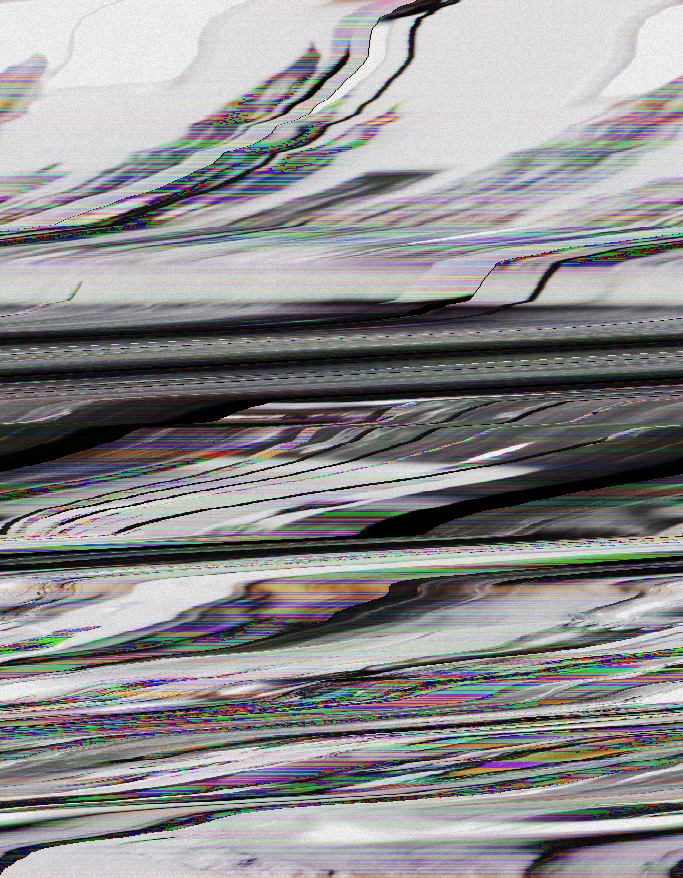 If it interests you, various tutorials for audio and hex glitches can be found on the web.

However, here is an easy way to glitch: PIXELDRIFTER is software that sorts and swaps pixels in an image, creating images that look like they’ve been smeared or shaken apart. It’s taking the logic of digital media and turning it on its head, basically.

So as we upload our lives in pictures, storing them on the cloud instead of our head, we should know that there’s no guarantee and that the digital system is as capable of creating beautiful mistakes as well as our minds. 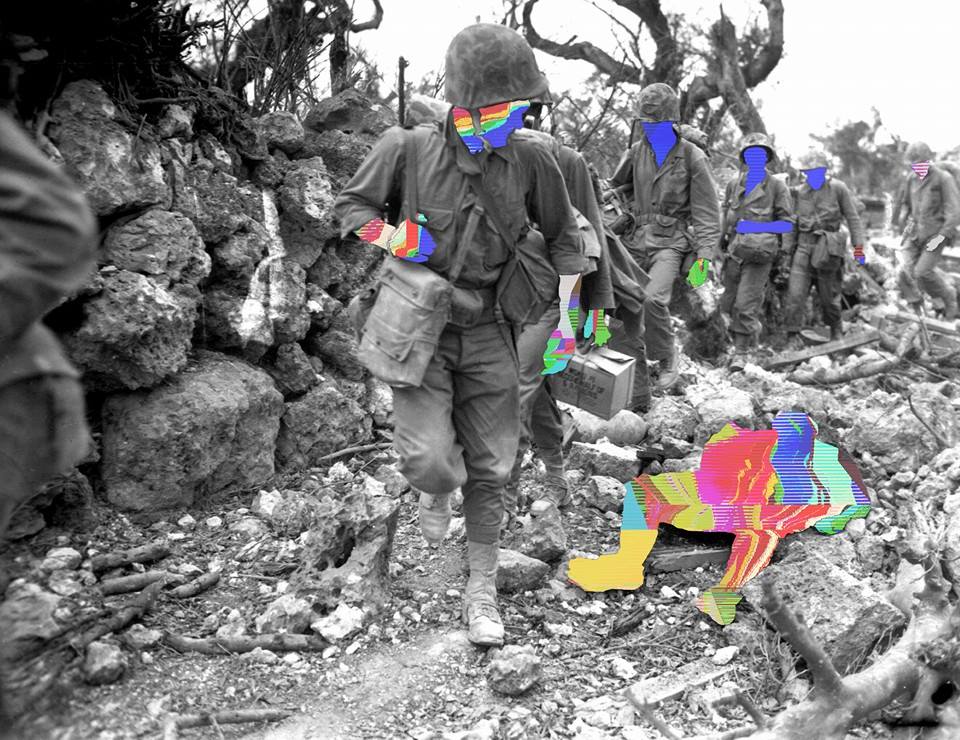