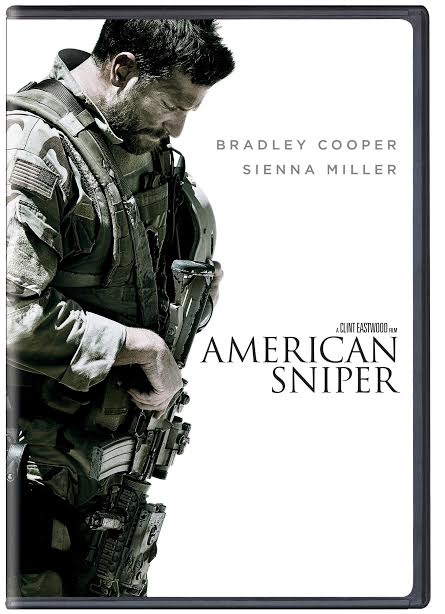 American Sniper is out on DVD & Blu-Ray

Now most American war movies have their fair share of pro-American propaganda and excessive patriotism. Which is probably why I avoid most such movies. American Sniper is an exception though. While it does have all these typical traits, the movie is a riveting ride into the Middle East lands, depicting some very natural thrills. And of course, it’s beautifully shot. Can’t avoid this one.

The movie begins with the scene at Iraq where Chris Kyle has been stationed on the roof of a dilapidated building with a sniper to keep a watch on local inhabitants while the US Marines searched the area. Chris Kyle’s duty is to aim and shoot at sight Iraqis who would attack their soldiers. His first kills were a woman and a boy who were about to destroy the U.S. Marines with a grenade. Then the scene changes to a reveal a boy aiming and killing a deer in the jungle guided by his father. After this the family is introduced as the Kyle family attending church masses and that the boy being taught to aim and shoot by his father was young Chris Kyle. Growing up in Texas he was taught by his father to fight in order to protect his family. Thus, young Chris who obeyed and followed his father, fought in school to save his younger brother who was being beaten and bullied by his schoolmates. These things preached by his father influenced and inspired him so deeply that when opportunity came in he joined the U.S. Navy, where he was eventually accepted for SEAL training and became a U.S. Navy SEAL sniper. And that’s’ how Chris Kyle became the “American Sniper” a.k.a. the “Legend” for killing over 160 people in four tours of Iraq during the war to save his men.

What follows is an impressive tale on Kyle’s mission to protect them, his equation with Taya, and most importantly, the influence the war has on him.

American Sniper is a touching story revolving around the life of a soldier during the war at Iraq. The cinematography manages to keep you glued to your seat, primarily due to its basis on real life events and how a sniper feels, what exactly he goes through while shooting an innocent boy forced to carry gun in hands. It will make you think about the job of a sniper who is bound to shoot any person irrespective of sex and age if found aiming gun or grenade towards the U.S. Mariners. The ugly face of war will make you cringe yet you would like to watch for the sake of Chris Kyle, the sniper, how impeccably his aim saved the lives of the soldiers in certain situations. Though the movie is sad and tragic with the essence of war destroying the lives of many in a country as well as that of soldiers fighting in it, yet it is worth a watch for Bradley Cooper who has excellently portrayed his character with Sienna Miller playing the role of his wife and love of life, Taya. It is not just about Chris Kyle but about several such soldiers like him who dedicate their life for the sake of protecting their own country which has been reflected through this movie.

One Soldier’s Story: The Journey of American  Sniper – depicting the journey of director Clint Eastwood and his creative team, along with Bradley Cooper and Sienna Miller in overcoming the  enormous creative and logistic obstacles to make a film on the truth and spirit of Navy SEAL Chris Kyle’s story to the screen.