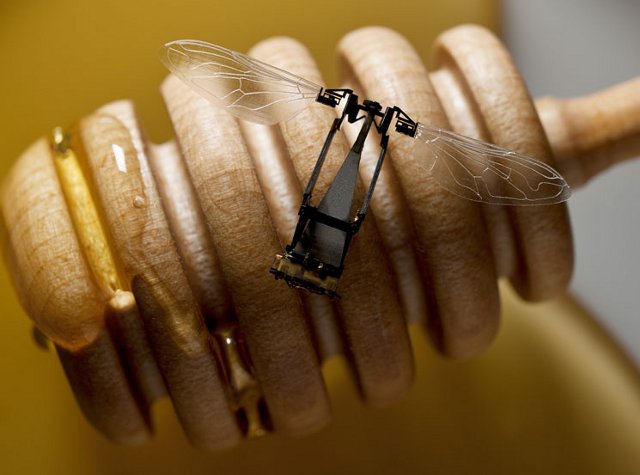 RoboBees could help with Disaster Management

First designed in 2012 by Harvard University, Robobee is a micro-sized robot that is capable of tethered flying. With each weighing 80 milligrams and with a wingspan of 3 centimetres, it is the smallest man-made device to achieve flight. Scientists from Harvard have been working closely with other institutes like Wyss Institute for Biologically Inspired Engineering and University of Florida to add features that could enable it to be used in different environments.

Since its inception, it has been made to follow a pre-determined path and more recently made to swim. This was achieved by applying a slick layer on the wings and slowing the frequency at which it beats its wings. The next objective of the team is to provide eyes to this insect-like device to make sure they do not crash into obstacles.

The task of providing vision is not as easy as fitting two cameras spaced a minimum distance apart for depth perception. Not that it is difficult but rather impossible as there isn’t enough room on these micro-robots. A more reasonable method is light based navigation system.

Researchers came up with the idea of Lidar, Light Detection and Ranging, to solve this problem. The working principle of Lidar is similar to that of Radar and Sonar but rather than using radio waves or sound waves, Lidar emits invisible light and the sensors on the device help determine the distance and size of the obstacle ahead. Lidar is already being used in driverless cars and also in Microsoft Kinect that senses the user’s movements for a game. 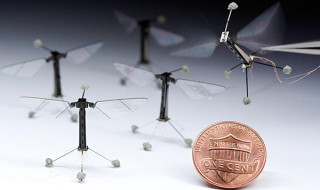 Lidar, actually, presents another challenge as the smallest Lidar systems weigh nearly 10 times that of the robot itself. Apart from the weight, power is also a challenge with 97% of the power required just for the flight. Scientists at the University of Florida are working on not only making the hardware smaller but also improve the efficiency of the system. According to researchers, micro-lidar technology, once established, could help people interact with wearable technology in a more natural and efficient way.

How LIDAR unveiled the existence of an entire Cambodian city!