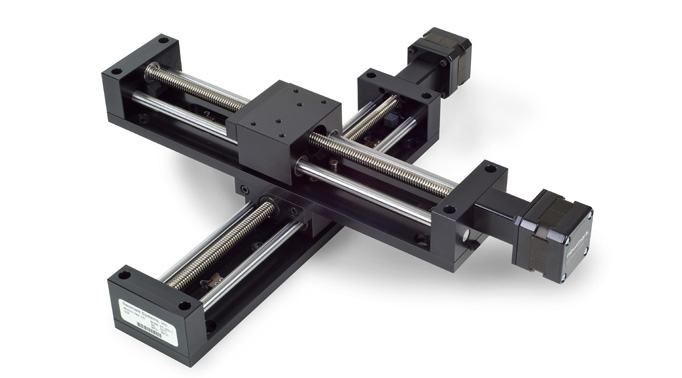 5 Common Linear Stage Errors and How to Deal with Them

Linear stages are an integral part of any high-precision motion system, whether that system is designed for automated liquid handling or assembling small components. But even if these stages are part of fully automated systems, they’re still susceptible to errors.

Here are some of the 5 most common ones:

As the name suggests, a backlash error happens while trying to reverse the direction that the linear stage is traveling in. The end result? The stage can end up with no change in position in relation to the commanded motion. The portion of commanded motion with no movement is itself called the backlash.

This error is caused by clearance between parts in the drive train. More clearance means more input to produce motion; and hence more errors. That said, linear motor-based stages have zero backlash because of their direct drive mechanism.

Simply put, a hysteresis error is when your linear stage’s actual position is not the same as the commanded position (or the position it should be in). This error is caused by elastic forces in the motion system and affects the repeatability of the motion in both directions.

This error is named after Ernst Abbé, one of the founders of modern optics; it is actually caused by a combination of two factors. An Abbe error occurs when an underlying angular error combines with a dimensional offset, between the object being measured and a leadscrew, encoder, or an accuracy determining element. This results in the displacement of the linear stage.

Unfortunately, an Abbe error is often detected once it’s too late. One way to counter it is by assuming that an angular error already exists in the system. To analyze it, it is best to use a laser interferometer paired with dual path optics to measure pitch or yaw. And through further design optimization—such as installing leadscrews and encoders in the best positions—these kinds of errors will be truly minimized.

Linear stages can only follow a precise line of travel when the X and Y axes are orthogonal, or at a right angle to each other. If these two axes are in a different position, an orthogonal alignment error will occur, creating problems in the positioning of the stage. It is a very specific angular error in some ways.

Top 5 AR and VR Technology Trends To Watch Out For

To mitigate this error, it’s important to figure out the maximum value of the error. This can be found by multiplying the travel length of the stage by the angular error’s sine, or L • sin θ.

Every small thing matters in the operation of a high-precision motion system. That’s why, when operating an encoder, you have to make sure that the absolute scale length is correct. Hysteresis, friction, and noise can also affect the positioning of the stage.

This error can be minimized by a well-designed system. After all, absolute scale length is affected by temperature; hence, this should be accounted for when the high-precision system is still being designed.