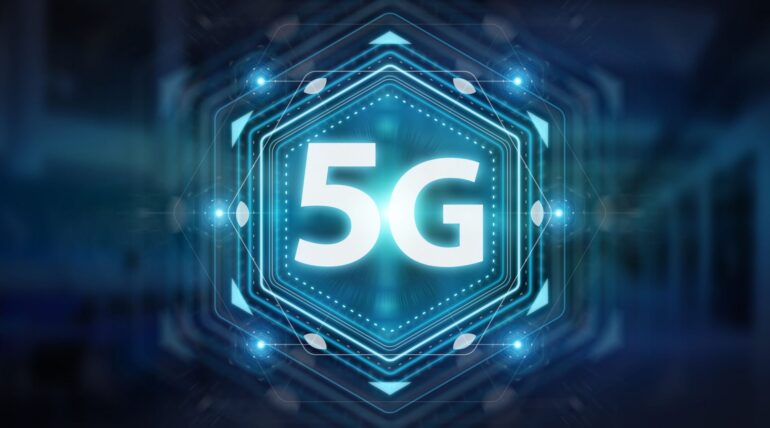 It’s speedier. It’s dynamic. It’s powerful and it’s coming. 5G, the successor of 4G and the fifth generation of mobile technology, is ready to spread its coverage soon this year in the global market.

How can 5G achieve its speeds?

There are multiple ways through which 5G can deliver impressive bandwidth. The first one is the use of Massive MIMO (multiple-input and multiple-output) by putting up more antennas. MIMO provides fast connectivity by allowing multiple data streams to and from your device. This is similar to the contemporary technology used in Wi-Fi routers.

The second method is through backward compatibility and fallback which helps the new radio should a 5G signal be unavailable.  In fact, the millimetre waves in the EHF (Extremely High Frequency) band can run between 30 and 300 GHz in the 5G New Radio. The small wavelength provides greater frequencies and hence, greater bandwidth. This is similar to the difference between AM and FM radio. The wavelength of AM is longer than that of an FM which has much shorter waves. FM can transmit better signal quality and more detailed signal in the same time window.

4G which is nearly 100 times slower than 5G’s theoretical lab maximums, is the fastest standard available at present. This is not entirely true in real-world applications. The 1000 Mbps bandwidth of the 5G spectrum can also accommodate the new colour technology, frame rates and facilitate the move to 8K.

5G has greater data capacity and latency. 4G LTE’s latency ranges between 30-60ms and 5G’s latency is as small as 3ms – 5ms. This means that 5G can carry data faster. Low latency can cut down VR’s reaction time to your movements and eliminate sea sickness which is caused by microscopic lags. Theoretically, 5G communication devices can shave off space by dropping Wi-Fi modules. The biggest advantage is the much needed power efficiency and better battery life to your smart device.

5G can enable an autonomous and seamless transport network. Future cars and trucks can become accident-proof by sharing the sensor and mechanical status with one another at high speed and balance their routes to avoid traffic. It can manage an intricately piloted array of delivery drones and prevent them from clonking into each other. However, all this will come gradually as the network becomes more congested with devices.

The bad news is that this new tech is more vulnerable to atmospheric disruptions. Their radio waves can at most propagate around a kilometre in clear line of sight and with no obstructions.  The effectiveness fades beyond 250m. As we jump forward, we’ll also need hardware that can take 5G. Fast transmission requires close proximity to a mast and this needs a major infrastructure overhaul and capital outlay.

The rollout may take a few more years and may also be more expensive in the initial years. If 5G mirrors 4G’s capped data plans, then its utility may be constrained by price.

The first stage of the rollout is likely to be focussed on delivering faster wireless broadband. Infrastructural addition and development of 5G compatible devices for improving latency will then follow. All said, it is certain to become the norm, and there’s a perfect storm of demand to absorb the supply and despite the uncertainties, 5G promises to be the future driving force for innovation!