Some Real Life Implications of The Hunger Games

The third film in the phenomenal Hunger Games series, Mockingjay, Part 1 hit the theatres last week in India, grossing at a whopping $275 million overseas and brought crowds flocking to the theatre for the third installment in this four part series based on the book trilogy by Suzanne Collins

Though the Mockingjay movie didn’t ‘catch fire’ like the previous films in the franchise, it sure hit a strong chord with not only young adults, but a mass of adult viewers.

Probably the most popular dystopic world of current times, The Hunger Games, besides being a huge commercial success with stellar performances by Jennifer Lawrence and Josh Hutcherson also offers striking commentary on the intertwined nature of politics and entertainment in the modern world, and the potential damage it could cause.

In the fictional country of Panem, all resources and military control lies in the hands of the all-powerful government in the Capitol, while the 12 districts, each engaged in an important industry, struggle in the face of constant food shortage and deplorable living conditions. Around three generations before the beginning of the story, a rebellion by the districts is brutally crushed by the Capitol and is marked by the beginning of the annual Hunger Games.

As a symbolic sacrifice for the rebellion and for the entertainment of Capitol masses, two tributes are chosen by lottery out of every district and left in a meticulously constructed Arena to fight for their lives and emerge as the only victor.  The story follows Katniss Everdeen from the most downtrodden, district 12 as she volunteers in the Hunger Games, and eventually becomes the leader and symbol of an uprising against the Capitol.
The Hunger Games rings of the past and the future, of the corrupt and brutal nature of Roman gladiator fights and of the fast rising reality show culture. 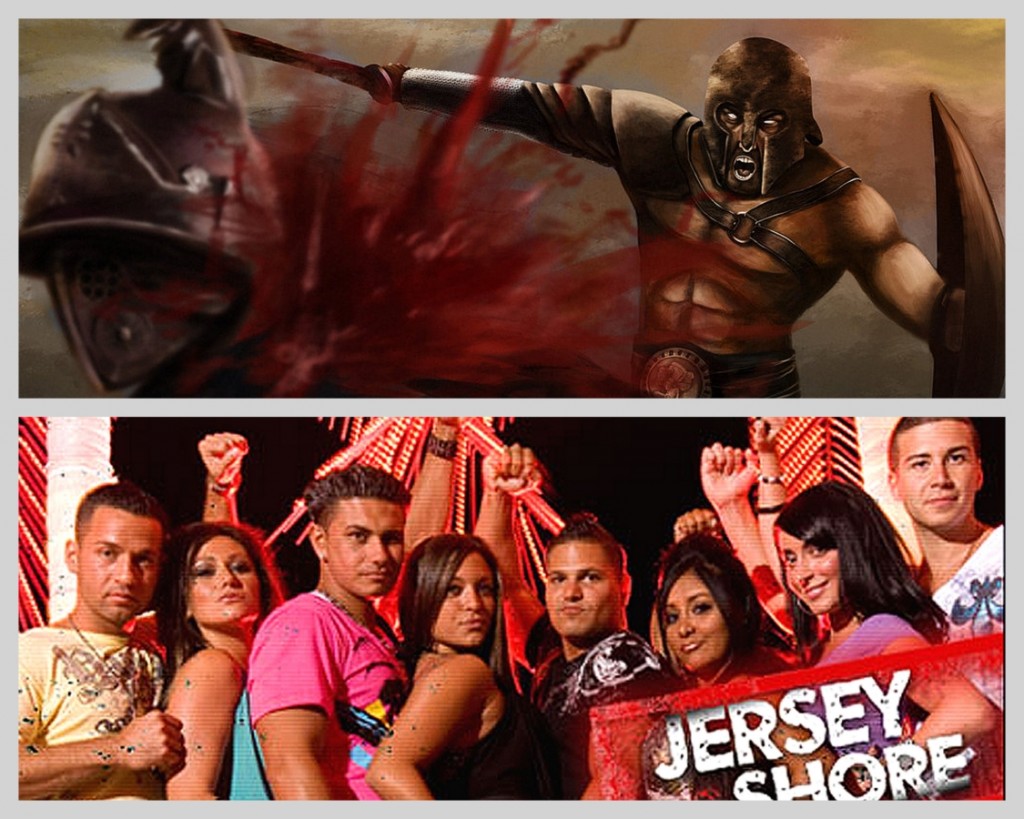 The Capitol manages to commodify the lives of the tributes, perpetrating the murder of 23 tributes for the entertainment of the privileged few. The Tributes are brought into the capitol and groomed and trained for the Games by professional experts. The scenes show Katniss and other tributes lying flat on a table in a morgue like room where they are cleaned, waxed and combed through with industrial efficiency. 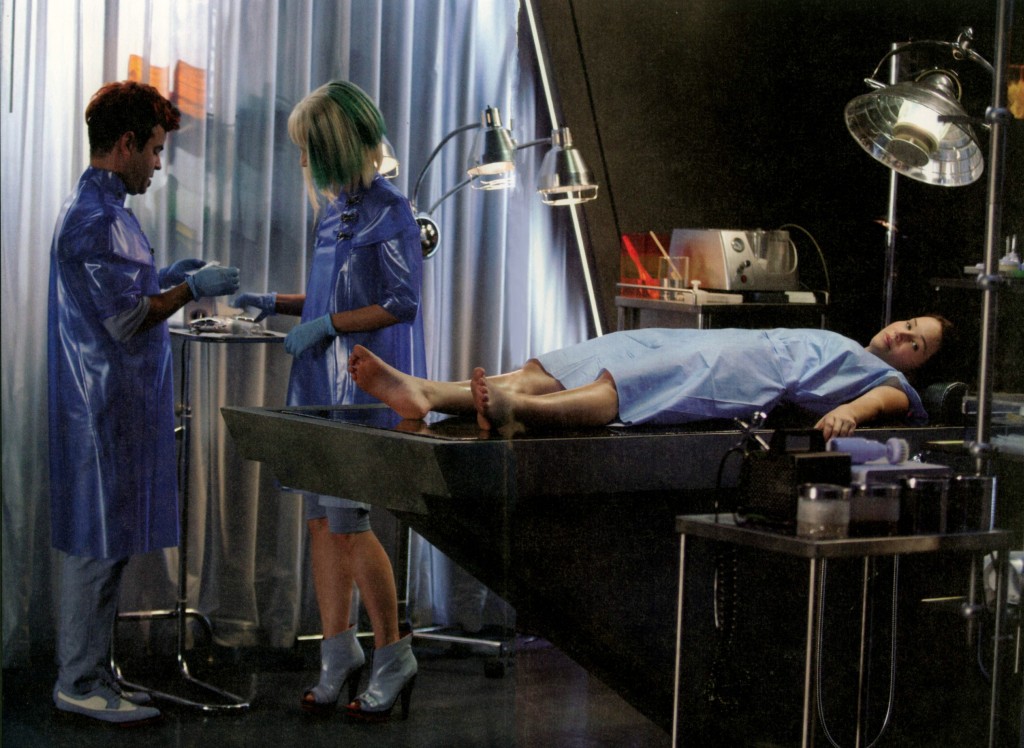 It makes one think about the hours of systematic preparation behind the much beloved reality shows of today  that sell us the lives of others, on a polished, decorated and carefully designed platter and of all the propaganda that guides our beloved entertainment industry
Most of all, the Hunger Games tells us a story of the extremes of economic oppression, deprivation and disparity. In a society severely affected by climate change and war, the poverty of the districts provides a stark reflection on the condition of many of the war stricken countries of today. The phenomenon of multiple nominations in the reaping for an extra sack of wheat or sugar holds similarity to the concessions provided in the Middle East during the Iraq wars in 2002.

The Politics of The Hunger Games

The act of providing people with subsistence in exchange for their children’s freedom can be seen practiced by the cruelest of dictators; the jihadists in the middles east, Warlords like Joseph Koni in Africa being just a few examples.

All the political commentary in the series seems to paint a picture of a country quite similar to present day USA and its military political and economic dominance on the rest of the world. The Peacekeepers in the series are a military force appointed to swiftly remove any challengers of the Capitol’s supremacy bear resemblance in name and function to the UN Peacekeepers in the Vietnam and Iraq wars.

The cold character of President Snow is a constant reminder of the political roots of The Hunger Games in Panem, its motives of political intimidation and control through the symbolic and literal sacrifice from the districts.

Lastly, but most importantly, The Hunger Games offers commentary on human nature and the slippery slope between entertainment and reality. Citizens of the Capitol pick favourites, cheer and obsess over the doomed tributes, their conscience completely overshadowed by Capitol propaganda and consumerism. 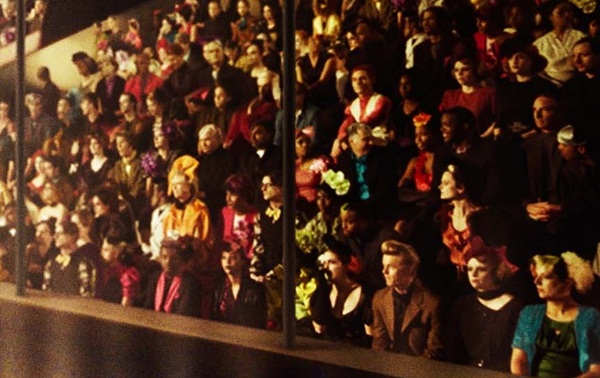 They celebrate the Hunger Games without empathy for the districts and tributes and encourage them to do the same. Through this lens, the Hunger Games is a dreadfully eloquent satire on a culture that values things more than people.
The power of both capitalist and government propaganda is highlighted in this fictional country, where the Hunger Games are seen as a celebration of the greatness of the Capitol and the districts’ plight either disregarded or completely unheard.

A scene in the first movie shows Katniss stabbing a knife into a wooden table, to the horror of Effie Trinket, her escort to the Capitol.
“That is Mahogany” she exclaims, visibly offended in the memorable scene.

Escorting two healthy, young individuals to their probable death in a systematic killing machine, what horrifies Effie is the possible damage to a wooden table.

A World of Abundance and Deprivation

The Hunger Games shows us how much we can forget about people that are removed from us; how morality, humanity and the human conscience tread a tricky road in today’s world where we are channel surfing between wars and reality TV.
It shows us how close we are to a world where the poor are systematically kept in disadvantage for the benefit of the gluttonous few; it shows us a world of overabundance and deprivation, much like ours.