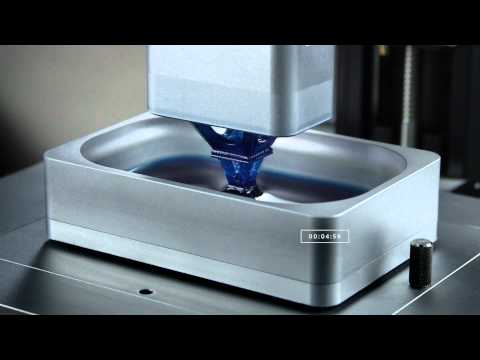 A couple of acres of land, heavy hauling machines, electricity supply, laborers to run machinery, capital support etc etc- These are the checkboxes you need to tick in, to industrially manufacture something. Really? No Sir. I’ve a 2 word term for you, instead of these checkboxes- 3D Printing. 3D Printing is a 45 year old concept, which in its initial phases was very expensive, complex and limited. In past 45 years, 3D printing, also referred as Additive Manufacturing, has become more affordable, flexible and creative. The field has expanded exponentially, and awaits an industrial acceptance as a mainstream manufacturing process. The problem has always been the efficiency and production costs, which stop 3D printing’s worldwide acceptance.

Wondering the term 3D printing? Well, it’s pretty simple. So, you put a multidimensional structure of your ‘subject’ using data or photographs in your 3D Printer, which uses a base material….And depending on the complexity of the subject…Dhan te nan! It gets printed in hours. But, this amazing piece of technology hasn’t exploded into the next big thing, in spite of numerous researches done, millions of dollars poured in to get innovations patented and multiple collaborations. The reason to, 3D printing’s not-so-successful tenure is this list of drawbacks:

That said, things are changing. And the pace of change, has been pretty impressive and innovative. Some 3D Printed creations may blow your mind. Like the 3D Printed house in China, or the 3D Printed heart by the doctors from St Thomas’ Hospital London, or the 3D printed jet-engines from Australia, or even Foodini 3D printed real food! The way people have started adopting this technology, is not only out of the box, but efficient too. There lies only one problem- 3D printing’s adaptability for the layman. It still remains to be a tedious process, and requires hours to get desired results.

That, will soon be history. And it will be because of a startup- Carbon3D.  Till now techniques like SLS (Selective Laser Sintering) and Polyjet were used along with materials like Polymers, Plastics, Metal Alloys, Thermoplasts and Plaster were used for 3D printing.

In all these techniques, the material is disposed layer on layer to create a 3D structure. SLS, which is one of the fastest commercial 3D printing technique, uses laser pointers to bind and place particles as per the fed 3D model. Although being one of the most widespread 3D printing techniques used for prototyping, it takes an average of 3.5 hours to print a subject. And this is where Carbon3D’s CLIP (Continuous Liquid Interface Production) comes into picture. With its 6.5 minutes required to print the same object, it reduces the time by almost 32 times. To know about this extreme innovation, one needs to look into CLIP technology. And one thing, it isn’t any rocket science. Instead of using Plastic, CLIP uses resin, which is extracted hydrocarbon of plants, mostly coniferous trees. This resin, using UV light and Oxygen, is used to ‘print’ the subject.

Typical 3D printers have mechanic processes being repeated times and times, for the final result. Whereas, CLIP has a different functionality all together. It has chemical processes, controlled by a software. Light is projected on a reservoir containing resin, and oxygen is supplied using preamble windows. By controlling flow of oxygen through these windows, a thin dead zone of uncured resin is formed between the object and the window. There’s a base on the top that pulls the 3 dimensional structure out of the resin in a single pull. The process is continuous and UV light is consistently projected on the object. Not only is the end result much faster, but the quality is better too. The texture of the end product by this process is quite brilliant, in comparison with a traditional 3D printer.

That might would’ve been highly technical for many. But what it holds, are boundless opportunities- Manufacturing, Hobby, Jewelry, Biotech, Construction, Prototyping and Product Designing, Cooking, Hardware Production and what not. Imagine, for your college project you’ll be able to produce the prototype of an entire engine while using a miniscule machine. Imagine, you own a manufacturing company that has machines producing 100 times faster than the ones in the market. Imagine, you go to a restaurant where the quality of food produced is highly consistent and the delivery time is hardly minutes. Imagine, a medical world where there isn’t any deficiency in the organ availability for the needy. Imagine your construction company 3D prints your own home within weeks of placing order. Imagine, an education system, where the teacher will be able to demonstrate students all the technological advancements by creating real-life size instruments, printed in 3D.

Imagine being able to print mundane, everyday items using your own backyard 3D printing facility. It’s not about imagination. 3D Printing revolution by Carbon3D is bridging the gap between these and many such imaginations with reality. Apparel, Automobiles, Construction, Electric motors & Generators, Fire arms and Space tools- All these are a widespread range of industries that may heavily adapt 3D printing technology, and increase efficiency within a handful of days. We stand on the vast possible ocean opportunities of 3D Printing, all we have to do is- Dive, and explore the deepest and newest.