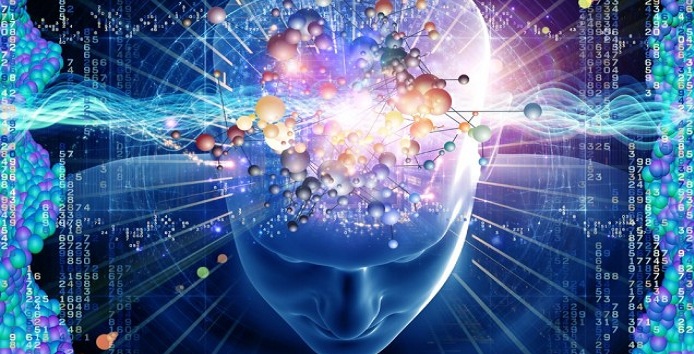 Brain Prints Could Be The Next Data Security Tool

Data and technology have created a niche for themselves in today’s world. With dependencies ranging from household to the world’s finest industries and defense organizations, there is an obvious need for data to be secure and handled appropriately. Malfunctioning data engines or insecure data channels are as potentially harmful as hackers or ignorant users trying to manipulate data.

Given the intensity and frequency of data breaches in 2015, it’s apparent that data isn’t secure even with multiple layers of encryption. However, having known the pace of aggressive research that goes on across the globe, one would not be surprised to read of a technology that can seal data like no other tried and tested formula so far. We are all aware of how bio-metrics is used in applications of data security, individual recognition and even basic electronic applications. What is new on the grid is the Bio-metric Brain print.

In July 2015, Binghamton University released a new study on ‘Brain print’ tech, where 50 subjects were tested on their brain activity under a certain set of stimuli. The result of the study was that each participant’s brain reacted to the images differently in their own characteristic manner. This enabled the team’s computer system to identify every brain print with complete accuracy.

Scientists all over the world had been trying to capture brain prints for quite some while. The approach taken by the team in Binghamton, which was led by assistant professor of psychology Sarah Laszlo and assistant professor of electrical and computer engineering Zhan Peng Jinn, made the inventive identification technique realistic. Under the design of the experiment, they flashed images of objects ranging from photos of celebrities, food, and words like “conundrum” to trigger varied responses from all the different systems in the brain. This brain activity can be visualized as neural communication and is thus quantifiable in the form of electric potentials triggered by the selected stimuli. These reactions were recorded by connecting an electroencephalogram (EEG) headset to the scalp of the subject. 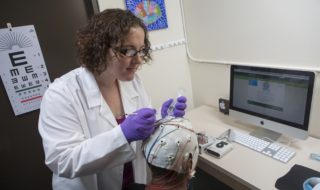 A Unique Brain Print for Everyone

Laszlo says that the experiment was based on the premise that every individual exhibits a unique memory and knowledge pattern. The EEG is a measure of this pattern which can be used to differentiate the post-synaptic activities of an individual’s brain. When these EEG signals are localized to instances of external stimulation to the brain, they transform into Event-Related Potential signals which were captured in the experiment. The ERP signals helped the researchers investigate a part of the human memory which differentiates every human being: the Semantic Memory. Semantic Memory being a network of concepts and their interconnections which every individual possesses, measures the cognitive abilities of the brain. Laszlo in her paper ‘Brain print: Assessing the uniqueness, collectability, and permanence of a novel method for ERP bio-metrics’ writes, “We argue that semantic memory is a system that, although generally similar across individuals, is likely to be highly individualized when examined in detail, and therefore likely to be able to provide a distinctive bio-metric”.

Although many other brain activities are characteristic to every human being, semantic memory is the most viable options because the semantic network is known to produce a robust deflection in the ERP, in the form of a component called the N400 component, which is triggered by the presence of a stimulus. The N400 component is a wave signal that is said to depict the language comprehension ability of a neural network.  The researchers explain that the N400’s generated when a person has knowledge of something is very different from when he or she does not know something. This can be a useful bio-metric to distinguish individuals in applications like data security locks, granting access to electronic devices etc.

This entire experiment is called the Cognitive Event-Related Bio-metric Recognition (CEREBRE) protocol and is known to provide 100% identification accuracy in a group of 50 different users subjected to the same set of stimuli. An earlier version of the experiment displayed 97% accuracy and was developed till it finally guaranteed completely accurate identification and differentiation of individuals. Although it is an acknowledged fact that bio-metrics are more effective than any other form of passwords, Brain print is potentially better than all other forms of bio-metrics. This is because brain prints can be reset by exposing the individuals to a different set of stimuli, say a different set of acronyms or images to create a new, unique print. This makes ‘stealing a brain print’ way more difficult than stealing retina patterns or fingerprints.

CEREBRE’s co-author, Jinn claims that the model has high potential to be implemented in areas demanding high security, like the Pentagon or Air Force Labs, where there aren’t that many users that are authorized to enter. 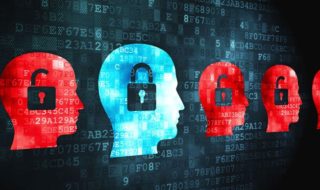 Although the algorithm has proved to be 100 percent accurate, one should realize that with each new security innovation, there are attempts being made to hack into the elaborate models. Loopholes or glitches, if any will be targeted to steal or misuse personal and corporate information. Hence, while deploying a model, one shouldn’t rely only on experimental results. Real-time application of the bio-metric brain print is not a distant dream but it sure needs to be tested extensively for loopholes, to ensure no data breaches.