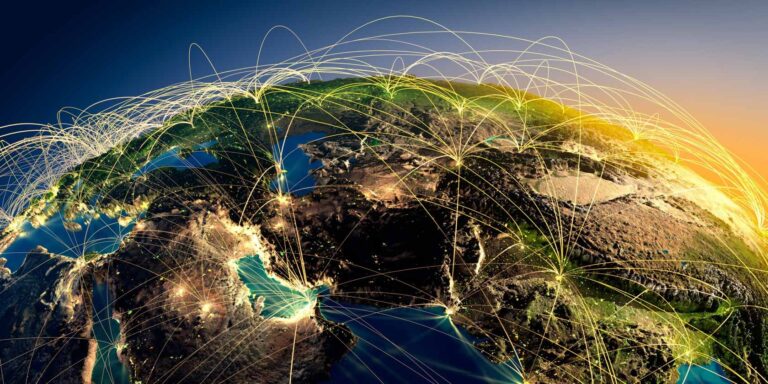 The Internet is supposed to be the largest forum for information, people and resources. These resources accumulate and build a uniform and progressive world for everyone. Entire industries today owe their existence to the internet. 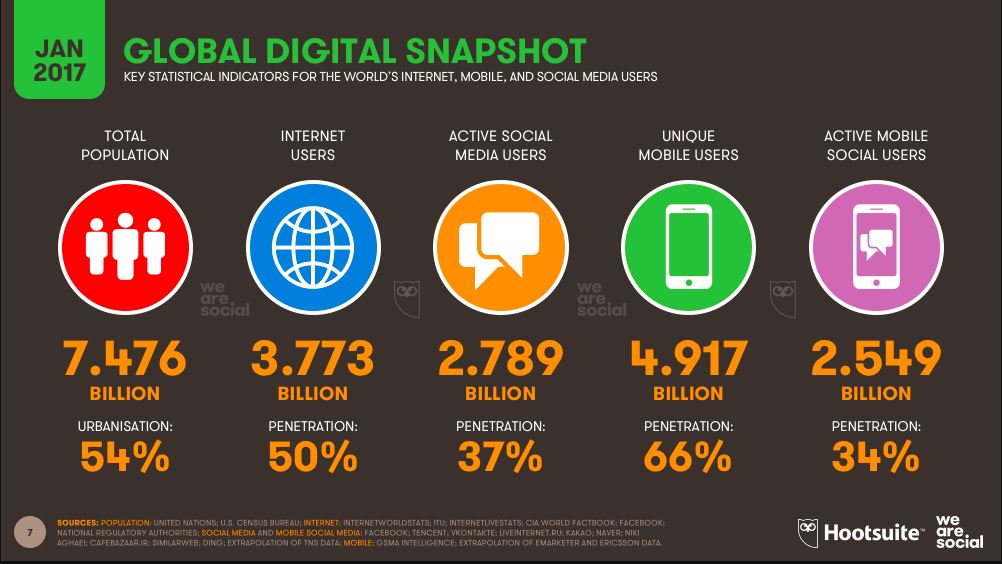 While the Internet has become a quotidian tool for 50% of the total world population, there is another half of the worlds’ masses that has no access to this powerful tool. Factors like affordability, data connectivity and limitations of technology across the planet cause this disparity. Since cabling some of the worlds’ geographies to the Internet is expensive and time-consuming, tech giants are designing competitive ventures to make it accessible to everyone. Facebook and Alphabet (previously Google) have invested in efforts to beam the Internet down from the stratosphere.

Project Loon is a research and development project unofficially initiated in 2011. The project is being developed by X, an Alphabet Inc. subsidiary. It was officially announced by Google on 14 June 2013. Google aims to spread economic and social development by bringing the Internet to the 50 percent of the worlds’ people who don’t have access to it yet.

Project Loon is its effort to use a network of balloons deployed at the edge of the space to extend Internet connectivity to the rural and remote areas all over the world. The planet-scale social engineering project uses advanced technologies to beam strong Wi-Fi connectivity down to remote areas in New Zealand, Argentina, Chile and many other inaccessible areas.

The technology that forms the core of Project Loon

With an aim to launch and maintain a fleet of floating balloons to provide Internet coverage to people on the ground, Google has channelized its investments into multiple fronts. The balloons for instance, are specially designed and manufactured to stay aloft in the stratosphere for long. They fly at a height of about 60,000 to 90,000 feet above the Earth’s surface. To facilitate a safe descent back to earth, the Loon balloon also contains a parachute that deploys automatically when required. 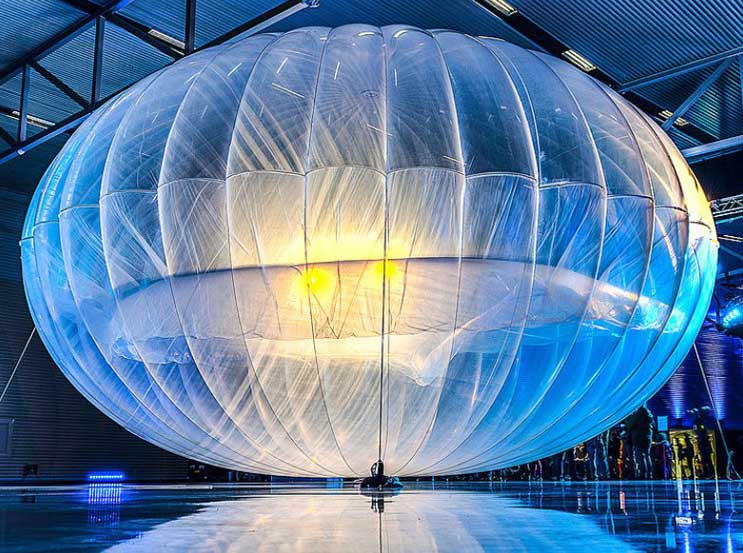 To help it withstand the extreme conditions, Project Loon uses a special formulation of polyethylene to make a sturdy outer shell (film) for the balloons. The film can tolerate harsh temperature conditions and a lot of pressure. The balloons are tested at the McKinley Climatic Lab, Florida where the performance is monitored under conditions as experienced in the stratosphere. The balloon also contains an internal chamber, called the ballonet, which when filled with air determines the direction and the altitude at which the balloon will fly.

The electronic equipment is also contained in the balloon. This includes the solar panels to collect energy through the day and a rechargeable battery to use at night. Project Loon has replicated the essential hardware of a cellular tower in a light-weight and durable design, that is placed inside the balloon. The transceivers on-board help transmit the Wi-Fi signals from one node to other. The flight capsule is responsible for the core processing capabilities including command and control of the balloon.

How does Project Loon operate?

The custom-built Autolaunchers launch the balloons efficiently. Each crane launches a new balloon every 30 minutes. The large side panels protect the balloon from the wind as it is filled and lifted for the release. The Loon balloons use on-board GPS for navigation. The winds in the stratosphere are stratified i.e. each layer of wind differs in speed and direction. To steer the balloons, predictive models of the winds are coupled with decision-making algorithms to move the balloon in layers above or below its current position. 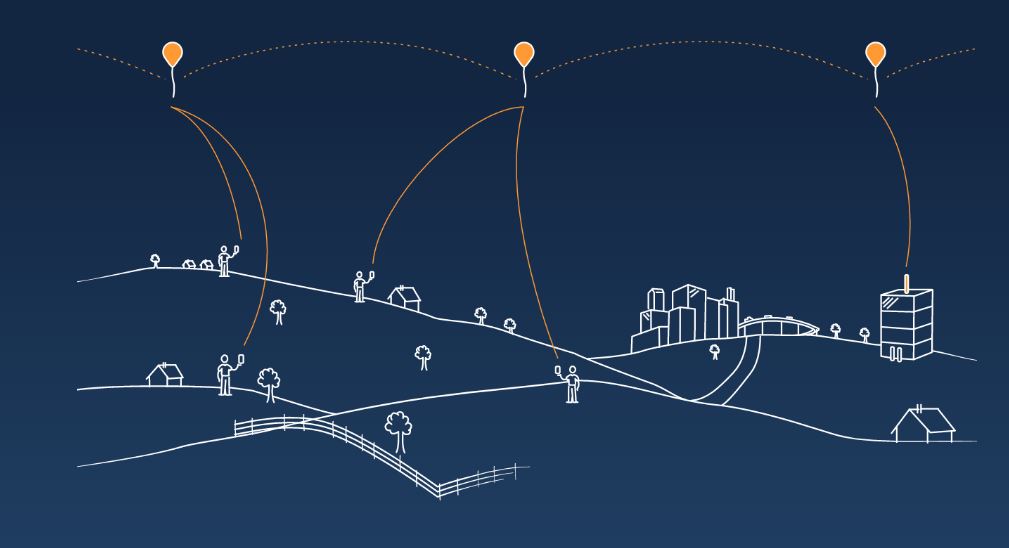 Project loon has partnered with various telecommunication companies to facilitate connectivity in remote areas. The company is in conversation with many local telecom providers and the popular state-owned BSNL network in India. X started testing its balloons in 2013 and partnered with Vodafone NZ in New Zealand, Telefonica in South America and Telstra in Australia. The towers laid by the telecom partners transmit wireless Internet signals to the nearest balloon. They are relayed across the balloon network and sent back to the LTE devices on the ground.

Loon also haa well-developed infrastructure to recover its balloons. It uses GPS to track each balloon and the help of the local air traffic control to bring the balloon down in sparsely populated areas. The lift gas keeping the balloon aloft is released when the balloon is to be taken out of service. The parachute is then deployed and the recovery teams collect the equipment for reuse and recycling. 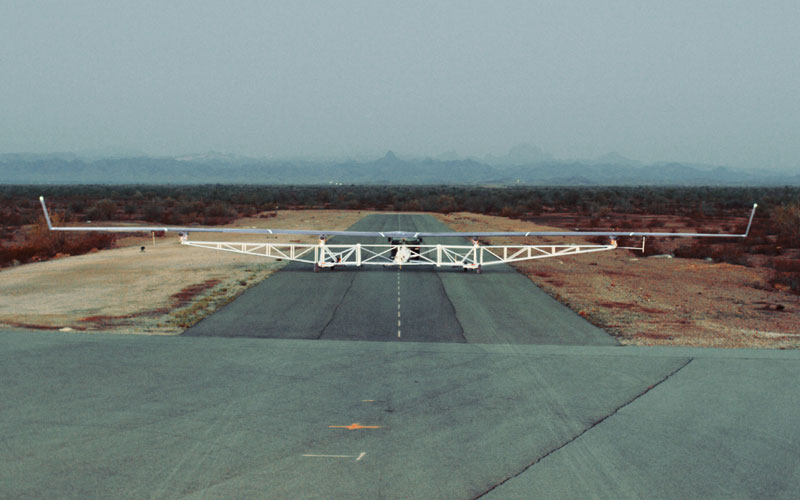 With Facebook’s Internet.org initiative, it attempted to bring affordable access to a few Internet services to lesser-developed areas. Facebook partnered with 6 companies including Samsung, MediaTek and Nokia to bridge the gap between select Internet services and lesser developed nations. To add on to their existing efforts, Facebook formed its Connectivity Lab to build new technologies like aircrafts, satellites and wireless communications. They aim to solve the issue of challenging and costly network technologies using their product, Aquila.

Aquila (Latin word for ‘eagle’) is Facebook’s solar-powered drone that claims to be able to fly for three months at a time. It uses a laser to beam signals to base stations set up on the ground. Zuckerberg aims to uplift people in poverty by improving education and health facilities using the Internet. Aquila will also be employed to enable Facebook’s next generation of services in Artificial Intelligence, Virtual Reality, Augmented Reality as they need higher bandwidth and more reliable connections which the drones can facilitate.

The Technology behind Aquila 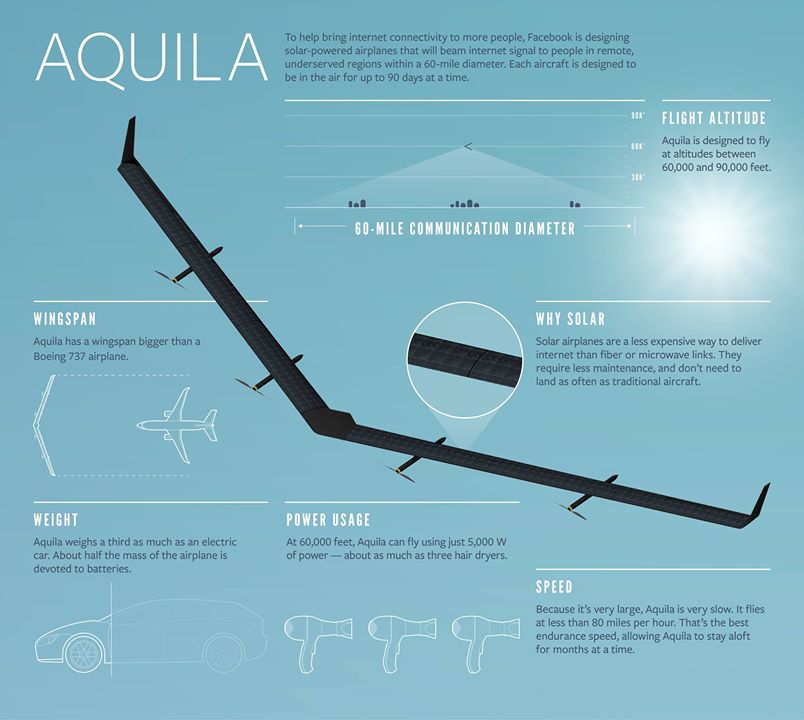 The drone had completed its first test flight on 28th June, 2016. Aquila has a wingspan of a Boeing 737 and can operate at a height of 60,000 feet to 90,000 feet above the Earth. It is supposed to operate in a way that it will fly at its maximum height during the day. It will then glide down to the minimum height at night. Despite a large wingspan, Aquila consumes only 5,000 watts of power at its cruising speed.

The body of the plane is made of carbon fiber composite to keep it lightweight. Equipped with solar panels, it can store enough energy to keep its propellers, avionics, heaters, communications and light systems up when it’s dark. Aquila has an advanced GPS system which is used by the ground staff for controlling and navigating the drone. It uses laser beams to transfer data at a transmission rate, 10 times faster than the current systems.

The drone took 14 months to build and could fly for 90 days at a full-scale drone operation when tested in June, last year. Helium balloons are used to launch the drone by lifting it with all the equipment loaded onto it. Computer models based on computational fluid dynamics and other simulations helped the engineers test Aquila on various parameters viz. performance, stability and control parameters.

After the first successful flight in Yuma, AZ and a lot of rigorous tests and follow-up improvisations, Aquila is set to fly again. This is to test if the failure of a wobbly and turbulent landing (experienced in the flight in 2016) has been fixed or not.

Loon vs Aquila: The fight to own the Stratosphere

Now that we have studied the basics behind the two biggest technological ventures aimed to revolutionize the way the world sees ‘Internet’, it is time to do the obvious; draw comparisons. Both Facebook and Google have stated that they would not want to become service providers. But both want Internet access to penetrate the most remote geographies.

With Google Fiber, Alphabet Inc. is already providing fiber-to-the-premises Internet service in certain cities in the US. Since Google Fiber has been kept on hold since 2016, Google resorts to cheaper wireless communication technology to up its game in the Internet-war field. Project Loon is at a testing phase in several countries. Facebook however, is trying to fix its structural failures and move towards its second full-scale test flight. The NTSB report had classified the drone-crash as an accident in 2016. This leaves Aquila at the development and testing phase.

After launching its test trial in New Zealand in 2013 with 30 balloons, Google has come a long way in its geographical expansion. In May 2014, Google tested the Loon balloon in Piaui, Brazil. In July, 2015, it went on to sign an agreement with Sri Lankan officials for a mass-scale launch. Other countries where Loon has made its first mark are France, Indonesia, Puerto Rico and India. A Loon balloon was spotted in the skies of Newfoundland and Labrador, Canada in September, 2016.

Facebook is in talks with several countries to host trial-runs of its Internet-providing drones. The Britain-made drones have covered the first lap of their journey by completing a test-run in Arizona. However, with rigorous testing, there is a need to test the planes on a large-scale. The tentative date is in 2018. However, an exact schedule has not been put in place.

Battle of the technologies

Facebook’s drones should be positioned so that they are confined to a particular location. To cater to a particular set of people, it is necessary that the drones move only to an extent that does not disturb its terrestrial footprint by moving the RF (radio-frequency) system. Since Facebook is using laser beams, the challenge is to maintain precision of hitting the target with these beams. The structural configuration of the plane is still being tested. It needs to be fixed before Aquila can complete its full-fledged flight.

Loon’s biggest issues are the navigation and longevity of a balloon. Made of polyethylene plastic, the balloons are under constant scrutiny for any accident-prone failures. Moreover, the recent crash stories about Loon balloons call for a serious check before they can be deployed world-wide. Since, the balloons latch onto the wind-layers in the stratosphere, using software algorithms for navigation, accuracy should be constantly checked. Google is using more conventional and cheaper LTE technology. Data is being beamed down to an area of 40 km in diameter per balloon.

Other Players in the Market

Google and Facebook are the most prominent players in the business. But there are several other attempts that are garnering some attention. Microsoft and SpaceX are such two main players. Microsoft with its White Spaces Project, is trying to use unused television spectrum to deliver low-cost Internet. This technology will exploit the spaces between frequency bands used by TV broadcasting companies. It is better than Wi-Fi and Bluetooth as that it can travel over long distances and penetrate through walls. 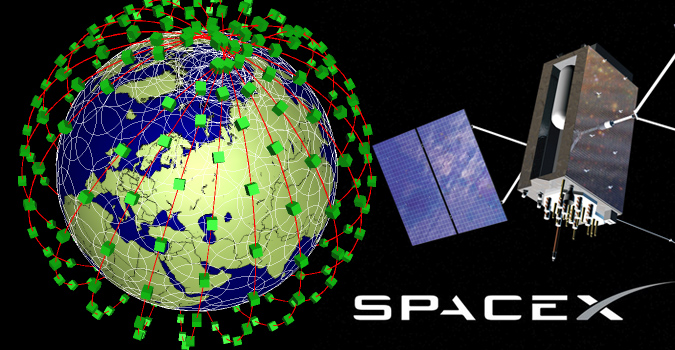 While Microsoft has made its impact in Indian territories, SpaceX is meeting with the FCC to talk about its lesser known project. Elon Musk’s idea of ‘space internet’ uses a globe-spanning satellite network to bring terrestrial Internet to space. A proposal filed in November 2016 states that the network would employ 4,425 satellites, 700 miles above the Earth’s surface. Still in the stage of conception, SpaceX sees a promising future in low-cost internet using its satellites.

While the tech-giants battle it up in the skies, the winner should be you – the consumer. All these attempts are directed towards bringing Internet to the masses, irrespective of the location or cost involved. While the world moves towards a more affordable World Wide Web, one can only watch and speculate about the success stories. In this war, everyone wins.