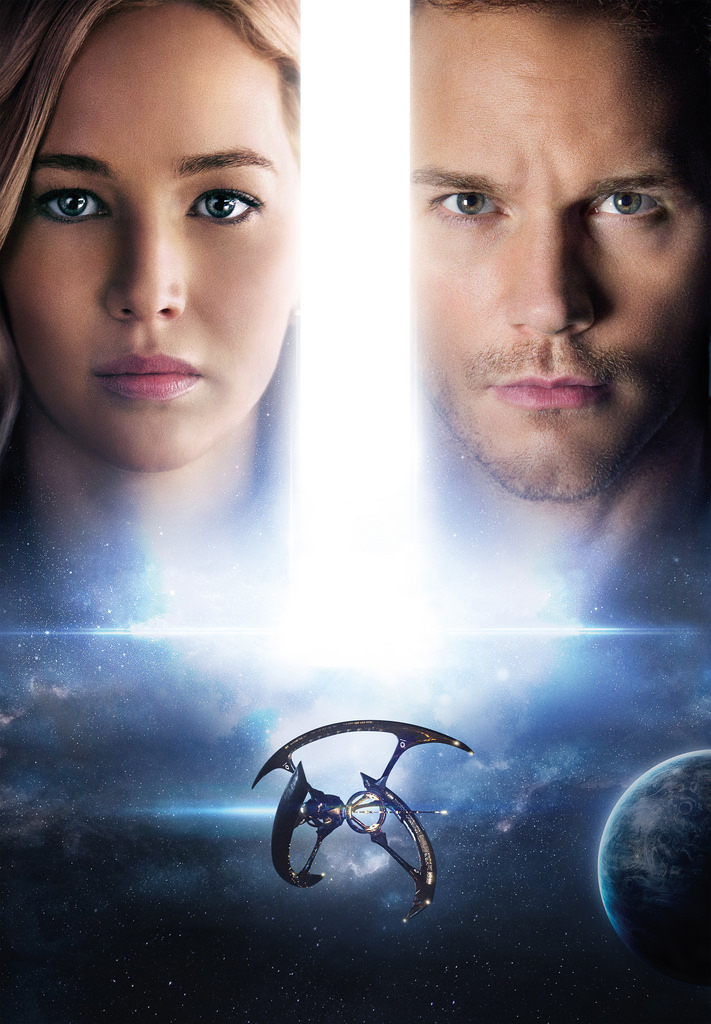 Passengers Out on DVD & Blu-Ray

Directed by Morten Tyldum and written by Jon Spaihts, Passengers is a sci-fi romance movie that was shown in cinemas around the world at the end of last year. Passengers had been in development since as far back as 2007, and at one point was set to star Keanu Reeves and Rachel McAdams or Emily Blunt. In the end, however, Hunger Games actress Jennifer Lawrence and Chris Pratt – best known for Guardians of the Galaxy and Jurassic World – took the lead roles, reportedly netting them respectively $20 million and $12 million each. It grossed $300 million worldwide and cost $110 million to make. It has now been released on DVD and Blu-ray.

Plot: It’s the future and over 5000 passengers, plus crew, are on the starship Avalon deep in hibernation on a 120 year journey to Homestead II, where they will become the first settlers. Engineer Jim Preston (Pratt), however, is awakened some 90 years early after the ship develops a malfunction and is damaged in an asteroid belt.

This early third of the film – spoiler alerts from this point on – is very much in a similar vein to Robinson Crusoe or Castaway, et al, as it sees Preston struggling with loneliness being the only person awake. His sole companion is the android bartender named Arthur – played by Michael Sheen – a nice nod to the way technology and machines will take on different jobs and tasks in the future and how the jobs of tomorrow will be dramatically different. As he explores the ship, he comes across Aurora Lane (Lawrence) asleep in her pod.

The second third of the film, after Preston weighs the rights and wrong of waking up Aurora and eventually gives in, is the “romantic” part.  It got a mixed reception – not least because Aurora is now in exactly the same predicament as Preston, but not due to a malfunction. They fall in love, and then inevitably Aurora finds out her hibernation pod was tampered with by Preston. She’s not happy – to say the least – and the “romance” sours.

The movie heads to its climax with Gus (Laurence Fishburne), a member of the crew, also coming out of hibernation prematurely (like Preston due to a malfunction). They discover something wrong with the spaceship as Gus falls ill and passes away. It’s then up to Preston and Aurora to save the day before making up. Cue credits.

Verdict: We’ve touched on some of the problems with this film, but it’s still an enjoyable movie. While not popular with all the critics, it has been well received by quite a few movie goers. It’s not a classic sci-fi film in the sense of Moon, nor does it have the action of Aliens or the sense of dread of The Thing, but its watchable, despite being a tad slow. It also begs the ethical question: “What would you do in Preston’s position?”

The special effects also deserve a mention with the spacewalk scenes being very good.

Bonus Features: Likely to vary from region-to-region, the special features include three featurettes including “Creating the Avalon” as well as a nice ‘Book Your Passage’ interactive feature. There’s also the usual outtakes and deleted scenes, plus a look at the visual effects and a making of the movie piece.