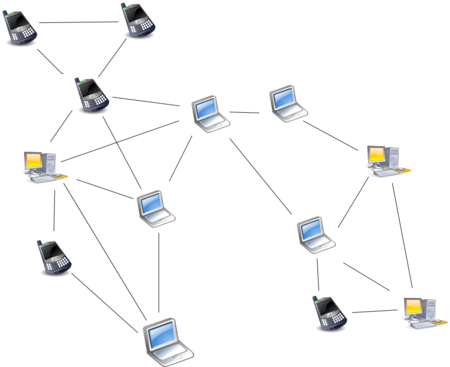 In the early 1990s, 3 letters – www – revolutionised how we receive information. A decade later, we had Web 2.0 with social media and e-commerce platforms and now, we’re looking at the advent of what people are calling the decentralised web.

The Web 3.0, or DWeb, is an online network where users are given full control of their data and the power is wrested from technology companies. Simply put, the ‘walled gardens’ of gatekeepers such as Amazon, Google and Facebook, or even the government do not store or control your data. This allows users to control the information they generate instead of handing it to centralised operators. Centralised operators typically offer their services in return for our data, which is collected and stored away on physical servers, thus, leaving the users with little or no control over the data once they’ve shared it. Consider Google. Its privacy policies permit it to use the information you entrust to it, at its discretion. This data, amassed for profiteering, is used for advertising.

Decentralisation of the web, which was advocated by Tim Berners-Lee, the inventor of the world wide web, is essentially the ethos of the original web – where no entity could monopolise data flow. In Web 3.0, information could be stored on independently owned computers instead of the central servers. This will enable users to interact directly with each other over a peer-to-peer network where no single entity would be able to exert control. Data encryption will ensure that information is accessible only to the permitted people. User details will not be saleable as no web service would have their possession.

If data owners store information in cloud server or pods, then apps would ask for permission to use this information. The services you use, will not be legislated to own your data because it always remains your personal property. The decentralised architectures are also more fault tolerant and attack resistant. It makes it harder for hackers to target a specific server and get user details as in the case of centralisation.

DWeb apps like Beaker browser (beakerbrowser.com) for peer-to-peer web, Diaspora (diasporafoundation.org) for a decentralised social network, DTube (d.tube) which is alternative of YouTube, Storj for sharing photos are among the many decentralised apps, easily available on the app stores. These apps require minimal computation and file storage.

The DWeb is expected to be user-friendly, and should help netizens transit seamlessly from Web 2.0 to Web 3.0. However, the biggest challenge in the adoption of Decentralised Web is compliance by governments and companies to control their online activities. It will also be difficult for governments and service providers to block sites, pull pages and remove unwanted content, thereby allowing undesirable services to flourish unhindered. However, existing dark web and encryption are no different. Security needs to be built in at the basic level. Another problem with DWeb is its slow speed. Though, data compression techniques can crack this problem.

Today, our online presence is constantly dealing with the threat of technological invasion of privacy. However, irrespective of the many benefits of Web 3.0, its adoption will be a more gradual one. So until then, netizens are likely to be spoiled by the server-powered internet giants.