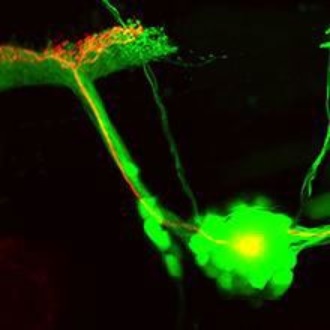 Neural networks have always been an unexplored area of the human brain. Some of the negative consequences of evolution are neural anomalies. Neural anomalies make detection of neurological diseases harder. Despite that, modern research and study of the brain from its embryonic development till ‘brain death’ has been producing satisfactory results. This not only involves the application of neurology, but also opens ups scopes for optics, instrumentation and electronics to develop efficient technology that can possibly aid in treatment. Now, An optical detection method which has been used to stimulate the repair of a single neural circuit in zebra fish larvae. This method boosts the healing process and give a real time solution when applied to human and other vertebrate’s peripheral neuropathies. 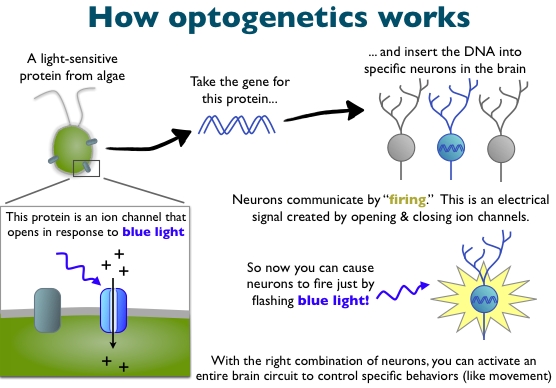 Neuropathy deals with problems centering on nerves, specifically peripheral nerves. Interestingly, neuropathies are very common these days.  However, many a times the exact cause of nervous disorders remain unclear. Doctors refer to this condition as ‘Idiopathic’. Statistics show that 20 million Americans suffer from this illness and it may occur at any age (although older people have a greater chance to get affected). A survey conducted in 1999, concluded that 8-9% Medicare (a medical service provided to the needful by US governments) recipients suffer from neuropathies. The total annual cost for combating neuropathy exceeds $3.5 billion.

It has been seen that approximately 30% neuropathic diseases are ‘idiopathic’ i.e. they occur for an unidentified reason, while others occur due to  reasons such as diabetes, B12 or foliate vitamin deficiencies, drugs, poisons, cancers, alcohol excess. Other factors like mental pressure and torture may also be valid causes. These affect the physical integrity of neural networks and lead to permanent injuries in axons that cannot be regenerated by the body alone. This is irreversible, which implies that it would require some form of excitement to be applied in order to complete the process as explained by Helmholtz Centrum München, at the German research center for environmental health.

The research team has devised a particular technique that artificially boosts the healing process by using a messenger molecule camp, which is produced by the enzyme adenylyl cyclase and is known to promote axonal regrowth. Pharmacological or genetic approaches to increase intracellular levels of camp are often inadequate for precise processing of neural-circuit reconstruction, because their activity cannot be easily timed to specific target cells i.e. synchronization is extremely necessary for such treatment. To overcome the deficiency, scientists have designed and customized a technology which enables complete regeneration and overcomes the shortcomings faced during the initial stages.

In the experiment, the research group used a form of adenylyl cyclase that can be induced by blue light enabling specific modulation of the production of camp as required in the injured cells, by exposing the enzyme. The blue light acts as the enzyme activator. When the light is projected on the severed nerves, which already had photoactivatable adenylyl cyclase, the pacing of regeneration astoundingly increases. However, doctoral student Yan Xiao confirmed that untreated nerve terminals regenerated in 5 percent of the cases whereas 30 percent did so after photo stimulation. Simply put, the scientists had succeeded in enhancing the rate of repair of a neuronal circuit by elevating camp with blue light.

Ontogenetic has revolutionized the science of neurobiology, since the time it had been successful in manipulating the electrical activity of neurons. However, the present research has for the first time shown how by simply using light, a complex neural circuit belonging to an animal can be repaired in a stimulated manner.

Why aren’t we cloning humans yet? 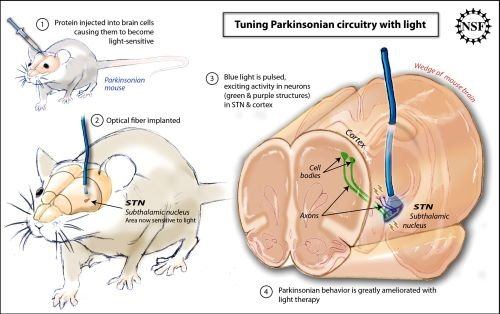 Hernán López-Schier, head of the sensory biology and organogenesis research unit at Helmholtz Zentrum München, stated that the research produced an exclusive approach to use light as the enzyme activator. He added that this was only the first step in the right direction. According to him, the next step would be to implement the same technique and replicate similar results in more complex neural circuits belonging to higher animals. These methods could potentially have tremendous therapeutic applications in treatment of different neuropathies.

How Does The Brain Store A Memory

5 Unexpected Ways to Keep Your Brain Sharp as You Age

What Makes A Dead Galaxy?

The Science Behind Sleep

The Science Behind Dreaming

Radiation Damage To DNA: The How & Why