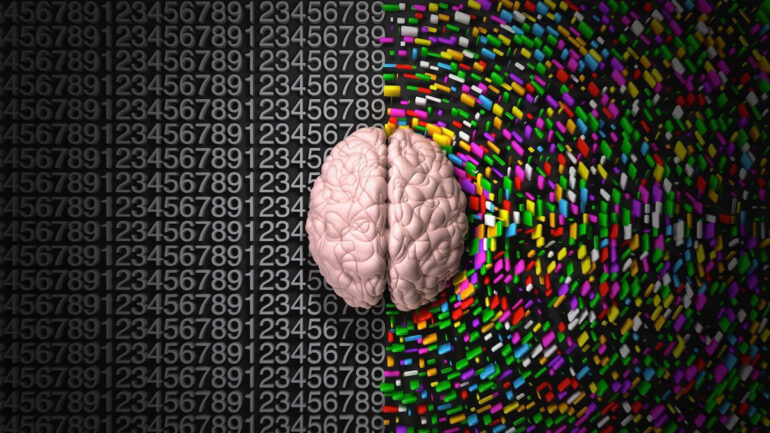 ‘Smart’ Drugs: Is it smart to use them?

Take an exam – or any equivalent of a pressure situation – presentations at work, project submissions at college. Anything. The nights before deadlines stretch forever. For a large part of the world, the solution is mug of coffee. Nobody minds a performance boost. There used to be a time when mothers thought having capsules of cod liver oil will boost their kids’ performances in exams. And for some, weirdly, a cigarette is the ideal stressbuster, even a temporary performance enhancer.

The consumption of such ‘enhancers’ is rampant, but now they are being complemented, or rather replaced by a new class of aides – drugs that enhance cognitive abilities, or ‘smart’ drugs as they are more commonly known. Maybe in the near future, a cuppa of caffeine may be traded for popping of pills!

What does being smart entail?

It’s worth mentioning that our brains are so complex that it is hard to work out the long-term effects of any of enhancers. Each brain has had a different conditioning, environment, exposure and nutrients. Moreover, biologically it is hard to believe that any more development is possible but one can always hope that artificial means will bring about a change in the way we think.

But then again we have always strived to try and enhance our mental abilities externally with the use of natural as well as synthetic products to get smarter. But what does it really mean to be smart? Should we hope all to be Einstein? And what is to say that Da Vinci wasn’t just as smart as Einstein, albeit a different kind of smart?

Cognition and mental abilities are multi-faceted. They’re a combination of memory, understanding, observation, analysis and interpretation that makes a person smart. The ability to be creative, imaginative, think abstractly or logically is present in us all, just in different proportions.

In such a scenario, it is understandably difficult to dig out a guaranteed recipe for ‘superintelligence’. So it becomes a situational criterion. In the way education is structured today, memory is the most important facet for students. On the other hand, wakefulness becomes necessary for adults working long shifts. Attentiveness is necessary for those involved in precise and careful work. And that has shaped the consumption of various drugs. These substances work on specific parts of the brain – and make you ‘smarter’, or more focused for temporary periods of time. Kind of like Bradley Cooper’s Limitless. 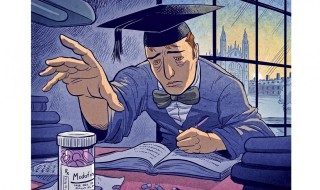 The drugs in circulation today and how they work

A study published in Nature in January 2013 (an acclaimed, peer-reviewed science journal) said that 1 in 5 people surveyed admitted using drugs for brain enhancing reasons. In various esteemed educational institutes, secret surveys and counselors reveal that at least 10% students have given such drugs a shot. And it is not only students who use them. Long-distance drivers, doctors on longer-shifts and people involved in defense services and astronauts are increasingly using these drugs. In fact in some situations, the employers encourage their use. With ever-increasing presence, it is necessary to know more about them.

Brain enhancers, also known as nootropics (Greek for mind-benders) come in various kinds. While some are general stimulants (like caffeine), others help focus, thus, ignoring other unnecessary stimulants. But as read before, our ‘smartness’ has different aspects; and trying to increase the efficacy of one may hamper other.

Nevertheless, drugs like modafinil, amphetamines (Adderall) and methylphenidate (Ritalin) are available in the markets, with a prescription. So do these drugs actually increase our intelligence? Not likely. The mechanism of action is not completely elucidated for each. But they can be considered as providing ideal chemical conditions to our brain cells.

Consider exam time. We are under a lot of pressure and let go of a healthy lifestyle and read non-stop. We are not ‘thinking’ about actions, we are trying to think ‘abstractly’ about theories and things of no immediate concern and trying to commit them to memory. Our brain gets tired and the neural circuits get disconnected. In such a situation, a stimulant, like caffeine, helps enhance neurotransmitters which reestablish the circuits and create a more conducive environment inside our brains.

Similarly modafinil promotes wakefulness, Ritalin improves memory retention. They help us in optimizing our abilities so there is a limit to their magic.

University of Sussex pioneered a research which found that only individuals with one variant of a particular gene achieved better performance after nicotine consumption while it had no significant affect on the people who lacked that gene variant.

This shows that a broad-spectrum brain booster is a conflicting idea. In fact some people believe that genetic manipulation will play an integral part in a future of increased mental abilities.

How Linear Actuators Can Be Used for Small Spacecraft

Due to the stigma attached to these products which associates them unfairly with similarity to steroids and drugs misused in professional sports, most of these drugs are not actually produced and tested for these benefits. There are also ethical questions when you’re indulging in externally boosting your brain. In fact, it is hard for a stand-alone nootropic to pass certification by food and drug agencies. This largely explains why the research on proper mechanism, effects, long-term harm is not done, making their illegal use even more harmful.

Many of these substances were originally intended for combating neurological issues like ADHD, and for sleep disorders. But when this pleasant side effect was discovered by users, the drugs found a way to the rooms of overworked stressed out kids. Since these drugs act on specific areas of the brain, it is feared that they may hamper brain development if consumed early on in life. Creativity, flexibility and adaptability are the major victims.

And as their use continues unchecked, others not using them may feel pressurized to do so in order to compete in the cut-throat world. This is not an isolated student peer-pressure situation. In the overworked professions like drivers and surgeons, these drugs though considered helpful may result in dependence, addiction and may become so necessary that those not indulging in these chemicals may soon find themselves out of jobs. 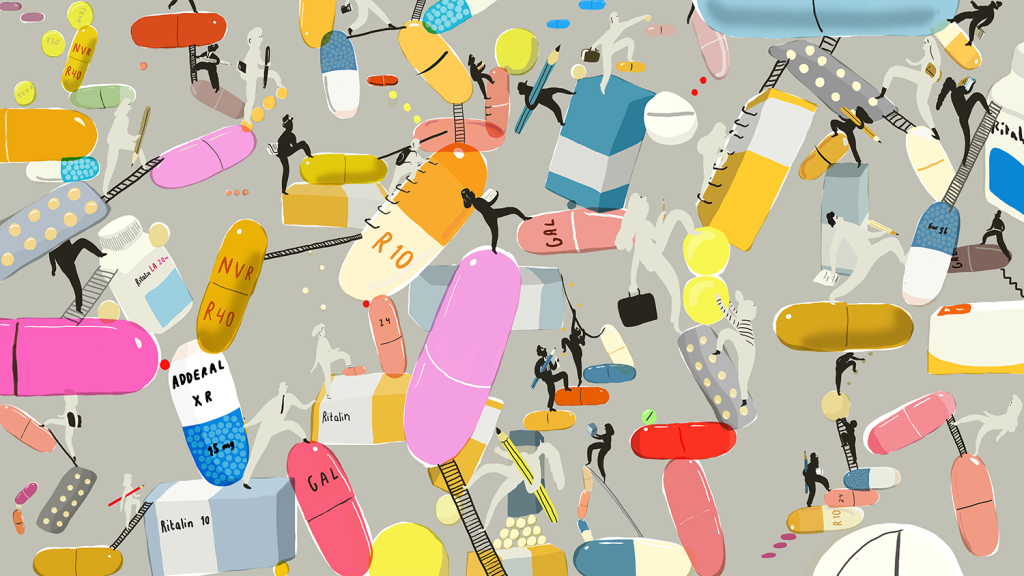 Even as the scientific community remains divided and hesitant, the use of ‘smart’ drugs continues to escalate. The rat-race we all seem to be running seems to be a one-way spiral. More people continue to be popping these drugs casually along with their multivitamins and cups of coffee. But ‘cosmetic neurology’ isn’t an arena we should be diving into without full armor. If pharmaceuticals were to work specifically on these drugs for their intended use then a more comprehensive picture may be drawn.

As for the exams, maybe those coffee cups are the lesser of the two evils right now.