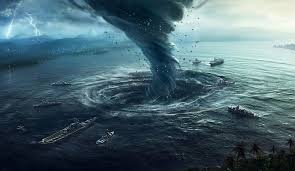 Mysterious disappearances of ships and airplanes fuel the hype behind the Bermuda Triangle, roughly outlined on map by connecting Miami, Florida and Puerto Rico of Atlantic Ocean. Naturally, they are a subject of multiple conspiracy theories that attribute the phenomenon to paranormal activity and extraterrestrial beings.

Columbus first discovered this area and about erratic compass readings and reported that a great flame of fire crashed into the sea and strange light appeared. Researchers tried to search the whereabouts of the ships that went missing. This area is home to some deepest ocean trenches in the world, making it impossible to find wreckage and bodies of some tragic accidents.

What may be some possible explanations for these disappearances? 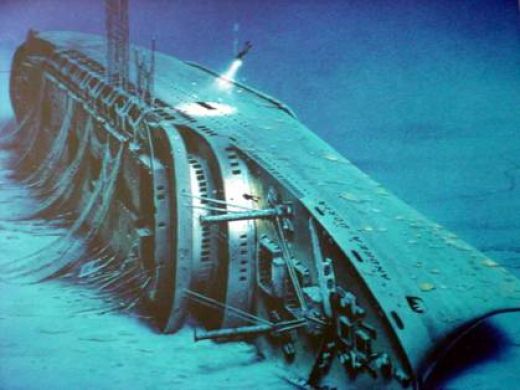 The Gulf Stream is a saltwater river on the surface of the ocean; its temperature is warmer than the water that surrounds it. The Gulf Stream is essentially a warm ocean current flowing from the Gulf of Mexico, passing through the Bermuda Triangle via Florida. It is extremely swift and turbulent and thus can quickly erase any evidence of a disaster. It is like a river within an ocean and can quickly carry floating objects along its flow. The Gulf Stream may be responsible for many disappearances in this area. It is

Research indicates that a chemical gas release could also be a plausible reason for the mysterious disappearances in the Triangle. Enormous blowouts of methane gas could indeed sink a ship. Methane gas present below the ocean floor can significantly reduce the destiny of water in that particular area. Methane hydrates are found in frozen condition and as a result of decomposition of these hydrates a large amount of methane gas is released. Such gas release can also create explosions and saturate the atmosphere with methane gas, causing even aircrafts to crash.

Though there are multiple places all over the planet which face strange weather and hurricanes, the Bermuda Triangle especially deals with frequent violent storms. These are strong enough to inflict serious damage to both ships and aircrafts.Hurricanes are swirling storms that appear in Atlantic and pass through the triangle. Such hurricanes have historically been the cause for loss of many lives and extensive damage.

Thunderstorms can also involve microburts – a weather phenomenon involving high velocity downdraft winds that can inflict serious damage. Microbursts are theorised to have caused the sinking of the Pride of Baltimore in 1986. 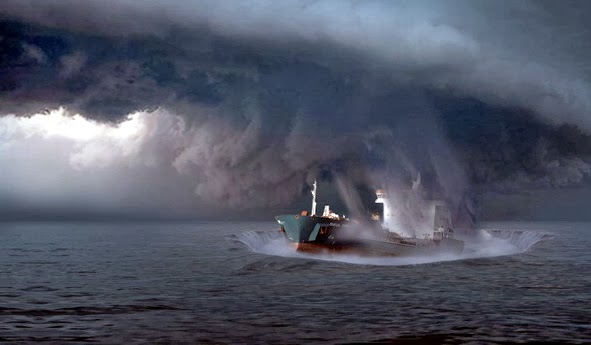 Hexagonal clouds creating terrifying air bombs with winds of 170 mph could be behind the mystery of Bermuda Triangle. The winds created by these so called air bombs have potential to generate 45 ft high winds. These clouds formed microburst and blast air that form the bottom of cloud, hitting the ocean and then creating waves that can be massive. The winds from these air bombs could be enough to tip ships over as well as knock aircraft from sky.

This is by far, the most plausible explanation. In an area already awash with multiple life-threatening natural phenomenon, human error is the easiest catalyst. In such unusual circumstanes, human stubbornness to follow orders over personal sense or logic may have caused the downing of some planes and ships that went missing.