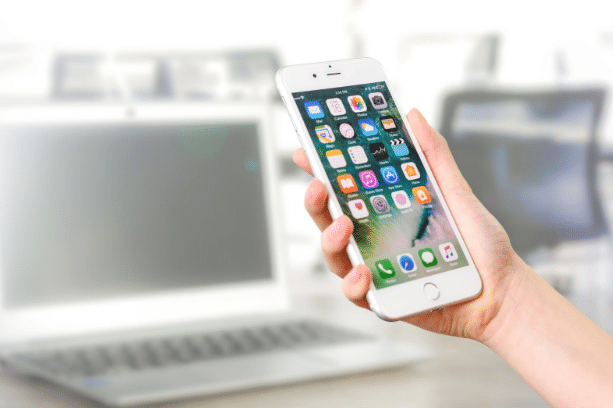 What is mobile app marketing?

With approximately 2.9 million apps on the Play Store and 2 million apps on the App Store, it’s safe to say that the availability of apps is no more an issue. Applications have become a necessity in today’s world. Everything from banking and investing to dining and recreation is all made available through applications. And a majority of these are done through mobile devices rather than desktop applications. With that being said, a mobile app marketing agency becomes very crucial in determining if the app makes its way onto the user’s phones considering the sea of apps to choose from.

Why is mobile app marketing important?

In a world driven by applications, finding your app becomes similar to finding a needle in a haystack. This is where app marketing or an app marketing agency, to be specific, comes into play. App marketing is not a simple task and has to be implemented with a proper strategy. There are many reasons why it can break or make an app.

Although this tends to fall under the discretion of the company owning the app, an app marketing company can provide valuable insight into whether the name will sell in the market. An application has to have a unique name that catches the eye, while also relating to the product/ service being offered.

An app needs proper and effective campaigns that precede the actual deployment of the app onto the market. Social media campaigns are the most popular and effective ones in terms of conversion from views to users. The app also needs to be directed towards the target demographic, with emphasis put into what the app aims to solve/ provide for its users. Proper branding and placing of the app in the right category are also important aspects regarding campaigns for the app.

The most important reason for why app marketing is necessary, and why an app marketing service is best suited, is because the process involves forming proper marketing strategies. Without a tried and tested strategy, marketing an app is bound to incur loss through wastage of resources. A professional service will know exactly what the app needs to find success among users. With prior knowledge and experience in the field, these companies can save time and money for the owners of the application.

What are the different stages involved in marketing an app?

An app marketing consulting service would go through three different stages when marketing the app. The stages are the pre-launch stage, the acquisition stage, and the retention stage. Each of these stages is important in their way and plays a major role in determining the coverage and conversion of the app.

This is also known as the pre-launch stage and is primarily the first and most important stage. An ineffective pre-launch can negatively affect the entire app marketing campaign.

Fixing a date that doesn’t have other important events that have the potential to overshadow the launch is crucial in the pre-launch campaign. This is one of the cornerstones where app marketing solutions are concerned.

Understand what features appeal to users and what the users look for in a good app. This can be done through public surveys, feedback forms, and forums. Understand the target demographic before launching the app.

Every app is bound to have competition. Understanding the competition helps prepare against existing competitors and will give the app an edge in the market. Understand the price, user experience and the reviews that similar apps have on the stores. Improve on these before launching it.

Everything done via social media platforms like Facebook and Instagram tend to go viral and gain immense exposure. Promoting the app, its features, and the problems it aims to solve, through social media means hitting large numbers of users at one go. Many mobile app marketing services make use of this as a major driving force for gaining traction.

Creating a strategy on how to go about the entire process is key to an effective campaign. Writing up blogs, releasing videos, and screenshots are all different aspects that need to be done well in advance to the launch of the app.

Now that the world has seen the app, the next stage involves converting those viewers into actual users of the app. If a half a million people turn up for the promotion event but only 10 ends up downloading the app, the acquisition has gone wrong and this could prove to be a huge dent in the entire app’s lifetime.

Paid promotion should never be looked down upon since it serves as a means for the app to get seen in an otherwise crowded market. Always ensure that the app is being promoted by reputed services that have built a name in the industry for promoting good apps.

Similar to optimizing content for the web to rank higher, the same applies to apps on the store. Optimizing the app store page helps in ranking higher in the search results within the store. In effect, it helps the conversion rate.

Getting featured on both the App Store as well as the Play Store can boost install numbers significantly. It serves as a means for getting seen on a platform that has millions of apps in hundreds of different categories.

Once the app is passed its acquisition stage, the viewers have become users. The retention stage involves ensuring that these users are retained and become frequent users of the application. For the company to make any profit, users need to frequent the app more than just once. Making people come back to an app requires creativity, efficiency, and incentive. The retention stage involves:

Communication is vital even after the app has been downloaded. In-app messages play a huge role in building a line of communication between the user and the company. Tailoring this to the user’s preferences and needs helps retain users for a longer period.

An app needs to have an effective feedback system. This means having a means by which users can give their feedback. Implementing necessary changes through this feedback is also important and helps build trust.

Offering incentives like rewards and referral bonuses help encourage customers to use the app more often.