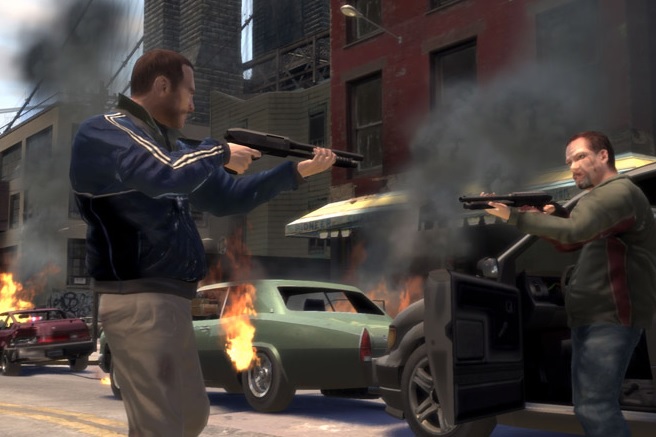 Loved for its open-world gameplay, hated for its adult and controversial content (or maybe not), the Grand Theft Auto series has developed a cult following all over the world. The series has influenced the gaming industry (Saints Row, for example), and its customers too (6 New York teens were arrested for carjacking in 2008, inspired by GTA IV).

Let’s revisit the previous editions of this enthralling game series.

Released in 1997, the first GTA game was titled Race’n’Chase and was almost cancelled due to production issues. Fortunately, it was both renamed and released (for the PlayStation, Windows 95, and even DOS). The top-down view, by which the player could explore entire cities (3 to be precise – Liberty City, Vice City, and San Andreas), made the game a huge success. Everyone liked stealing cars and pulling off heists. The concept of “radio stations” was introduced early on in this game itself.

The title acquired cult status, and went on to become a commercial success. 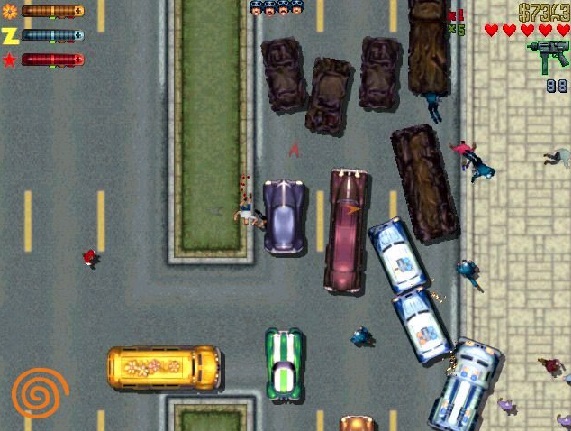 Released for Windows, PlayStation and Dreamcast, the storyline and gameplay were tweaked. The player could now work for different criminal gangs or organizations to earn loyalty and proceed ahead.

The game that changed everything, Grand Theft Auto III brought about a revolutionary gameplay method, and has influenced innumerable other games since its time. Instead of the traditional top-down view, it introduced an open-world 3D sandbox gameplay that GTA games have been known for, allowing the player to practically roam free and explore the whole of Liberty City, where the game was supposedly based. Apart from the critical accolades and unprecedented sales, the game also receive its share of controversy for its violent and sexual content. Wal-Mart even announced it would verify ages of customers purchasing this M-rated game.

It spawned an entirely new genre of games – called “GTA Clone” – which was used to refer to games based on GTA III’s open-world gameplay style. GTA III currently features on IGN’s Top 10 Most Influential Games list. In November 2012, Time named it one of the 100 greatest video games of all time.

It was 2001’s best selling game, and played a major factor in the series reaching its unparalleled levels of popularity. It is currently the highest rated PlayStation 2 game on Metacritic. 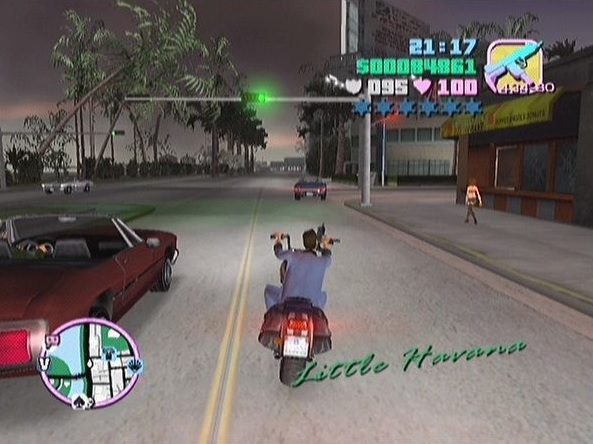 Who doesn’t love this GTA game? Vice City built on the success of GTA III and gave gamers something even bigger and better. While GTA 2 was set “three weeks in the future” according to the game’s manual, Vice City was set in 1986. The game’s map featured a city twice as bigger as GTA III’s. It let the player fly airplanes and helicopters, ride boats, drive tanks and buy properties, among many other widely-acclaimed features. Like GTA III, Vice City too was the bestselling game of its year. In 2012, Rockstar Games released a port for iOS and Android as well.

With ratings like 9.7/10 from IGN, 9.6/10 from GameSpot, 5/5 from GamePro, and 10/10 from Official U.S. PlayStation Magazine, there seemed to be nothing wrong with Vice City. For many people, this is their favorite GTA game.

San Andreas was big. Very big. The map now consisted of 3 cities, and the game introduced the concept of ‘skills’ – by which the player could learn to perform different activities – like Cycling. It was the first GTA title which allowed the player to swim (in the other games, you’d just drown).

It is also the most controversial GTA game till date. The “Hot Coffee Mod” controversy in 2005 led to the ESRB changing the game’s rating from M(Mature) to AO (Adults Only). It was banned in Australia temporarily. Politicians responded harshly to the game, while Hilary Clinton called for stricter regulations on video games sales.

Despite the controversies, San Andreas outsold its predecessor, and is the highest selling game ever for the PlayStation 2.

The most anticipated GTA ever, GTA IV broke records when it grossed more than $500 million in revenue in 7 days of its release. Thus it holds the Guinness World Records for “Highest grossing video game in 24 hours” and “Highest Revenue Generated by an Entertainment Product in 24 Hours“. Praised for its impressive graphics, the game also featured a multiplayer mode, and in-game “choices”, by which a player’s decision that could drastically alter the game’s storyline.

GTA IV is rated the best PlayStation 3 and Xbox 360 game of all time on Metacritic, and the second-best video game ever. The Windows port, however, did not receive the praise its console counterparts did. The PC version was criticized for its bugs and cover system.

Which one’s your favorite?