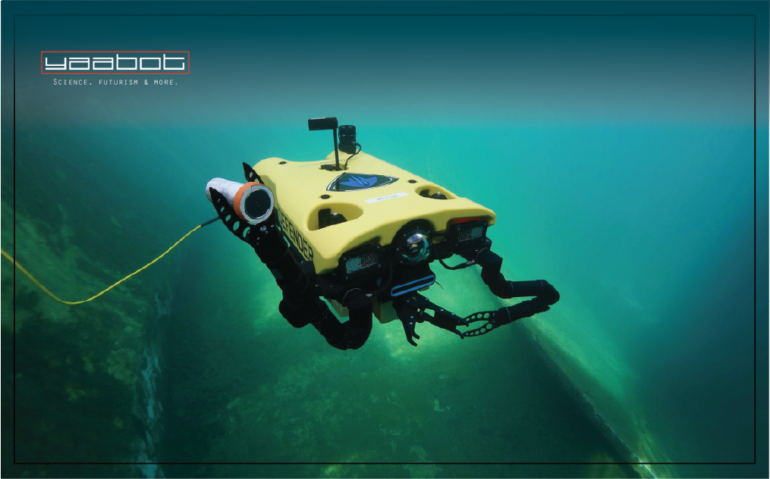 Underwater ROV (Remotely Operated Vehicles) are robotic systems used to observe life underwater. Divers and operators use the ROVs to check the depth of water bodies. These submersible robots help in various tasks, from observing the depths to capturing beautiful underwater moments. Today ROVs are being used across a wide spectrum of use cases.

The underwater ROV could be as small as a baseball and as big as an SUV. The price also varies from a few thousand dollars to millions of dollars. The underwater ROVs assist in several industries like – military search and rescue, aquaculture research, submerged infrastructure, recreation, oil and gas discovery, underwater infrastructure, marine biology, etc. These underwater ROVs give access to underwater scenarios through the captured videos and photographs to the operators sitting by the land. It becomes easy to explore, monitor, and inspect the various underwater features in rivers, oceans, and lakes with ROVs.

Over the decades, humans have been creatively developing and innovating tools to ease their work. One such tool whose uses transformed with time is an underwater ROV. The first ROV was built by Dmitri Rebikoff, a French expert in diving equipment and photography, in 1953. He gave an interesting name to his invention – Poodle.

Initially, in the early 1960s, ROVs were used in the Navy to track down torpedos, bombs, and mines. The Navy continued to advance their ROV equipment, and soon ROVs replaced humans in hazardous missions that included mine hunting and breaking.

After two decades, ROVs made their appearance in offshore oil industries. It was difficult for divers to go into deeper ocean floors, so ROVs were employed to solve the purpose. The ROVs’ main aim was to get into the deeper sections of the ocean.

ROVs also became popular for the number of shipwrecks they discovered in their underwater pursuit. One of the major shipwrecks discovered by the ROVs includes the infamous Titanic shipwreck back in 1985.

Now ROVs are used in a variety of fields serving different purposes. The models are modified and updated according to the industry-specific use. From compact to complicated designs, these ROVs evolve from time to time.

The underwater ROVs can be segregated into four different classes based on their versatility and features.

A work class ROV performs the task of inspecting the depths of the water bodies that divers cannot reach. It helps in ocean floor exploration. It is one of the safest alternatives for divers and guides to conduct research and operations in offshore energy projects and ocean floor or deep archaeological research.

A light work class ROV is suitable for moderate to deep water depths. Instead of the divers, the ROV is deployed via the ships to explore the water depths. It aids in inspection for the repair work. Large extensions, such as laser extensions or inspection devices, are added to the ROV for more specific work according to the requirements.

Observation class ROV is compact and used to explore lakes, rivers, and other water bodies. This class of ROV is used to check water safety before the divers jump into the waters for a mission or inspection. Observation class ROVs are flexible due to their ability to be equipped with sonars and custom sensors.

The micro or mini ROVs are the smallest class of underwater ROVs. Due to their smaller size, these ROVs inspect hard-to-reach shallow places like pipelines or submerged infrastructures.

Components of an underwater ROV

The underwater ROVs are available in many shapes and sizes, suitable for all kinds of work. But there are certain basic components of an ROV :

Since the pilot controls the vehicle from a distance, the only view that the pilot gets of underwater happenings is through the camera attached to the ROV. The cameras placed on the ROVs provide images and videos of underwater situations at very low latency.

The frame is the foundation of the ROV, and it provides structure to it. All the other components are attached to the ROV via the frame itself. Most ROV designs include an open rectangular frame that makes it easy to build and attach to different equipment and components. But some of the ROVs are built with specialized frames to provide mission support functions.

Most of the ROVs have ropes attached to them for signal transfer. The tethers also carry electrical power for the ROVs. Radio Waves do not travel far in the water, and to reach the depths of ocean floors, the ROVs have ropes. There is no existing technology that can enable wireless operations as of now, but acoustic and optical modem technology may make this happen in the near future.

Surprising Facts About The Internet

The surface controls can be as hefty as a control room or simpler, like a smartphone. The controls help the pilot to drive the ROV through the water. It acts as an interface between the pilot and the underwater ROV, through which the pilot gets a camera view of underwater scenarios.

Other than these components, there are more sensors, robotic arms, sampling devices, etc.

The underwater ROV, in actuality, is a technological achievement that is being deployed in several fields concerning water bodies. It has made the tasks related to water bodies easier and quite efficient. Some of the major benefits of Underwater ROVs include:

The maritime industry solely relies on the ROVs for the ship hull and ship dock inspections. ROVs help the vessel owners to quickly catch, erase and test all the flaws that may cause any harm to the vessel. The border security professionals use ROVs instead of divers for inspecting the vessel hulls for contrabands as it is a safer and much more efficient option.

The military uses ROVs for surveillance, search missions, and recovery. It is also helpful in safely disposing of explosives and predicting natural hazards by observing the ocean patterns.

Due to the increasing quality of cameras and lights attached to the ROVs, the film industry can now present impressive footage of the underwater world.

The scope of underwater ROVs is getting higher than their current deployed use cases. With coming-age technologies and advancements, ROVs will become even better. And take us on a new journey to the underwater world.