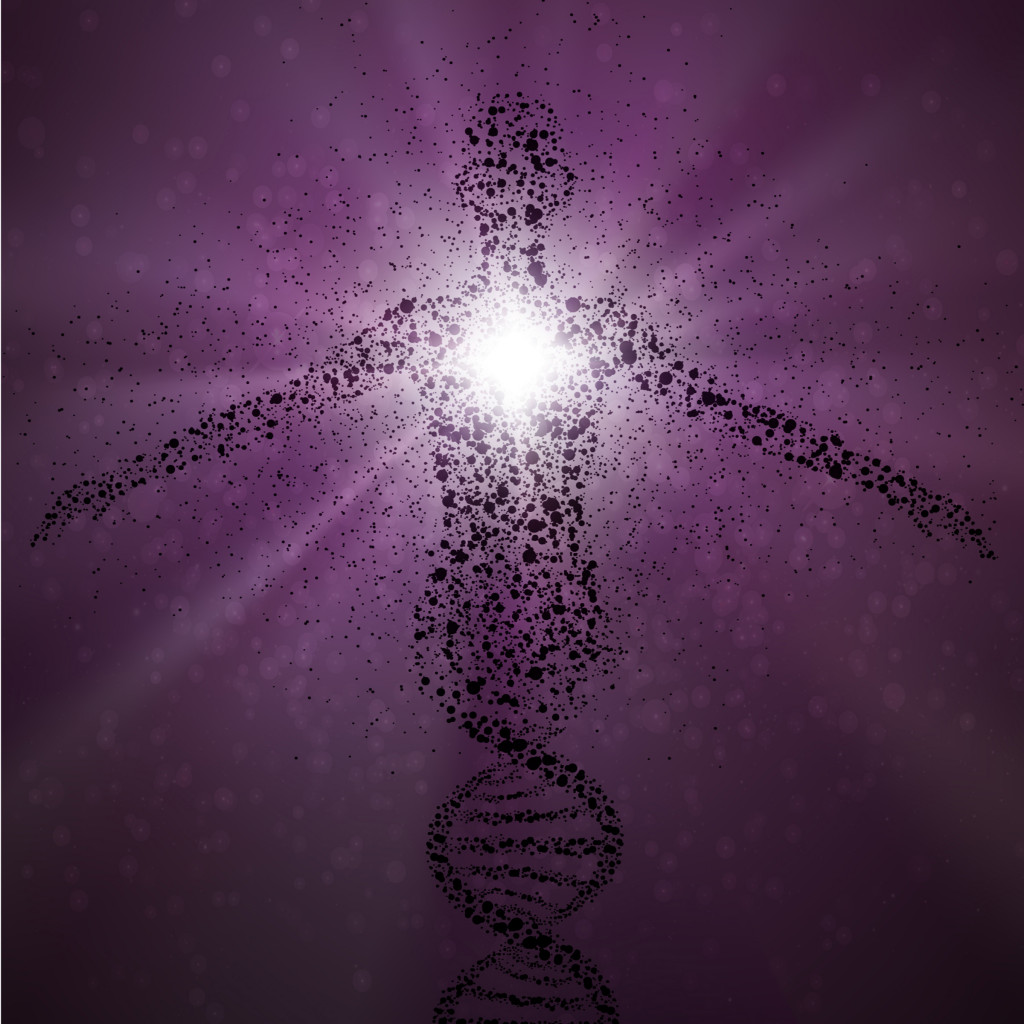 The War Against Ageing

There’s no debate. It’s a universal truth, and the world accepts it without issues – we have insurance schemes, retirement plans, YOLO (You Only Live Once) and a whole lot of other stuff. But, there are some folks who have trouble accepting the idea of ageing without issues. These people are working hard to bring uncertainty – to death. And they’re on the right track.

When we talk about human life extension, we need to know that immortality is a rather obscure and vague point to discuss. Going straight to the definition – immortality is simply a state where an individual cannot die. You cannot die of accidents, or cardiac arrests, even nuclear war – nothing. A state where an individual becomes resistant to both artificial and natural causes of death. That, unfortunately, is the equivalent of impossible at the moment. The natural causes will be looked upon, and are actually being worked upon, but when it comes down to artificial death causes such as accidents, war etc, probably we’ve become too lethal for our own selves. 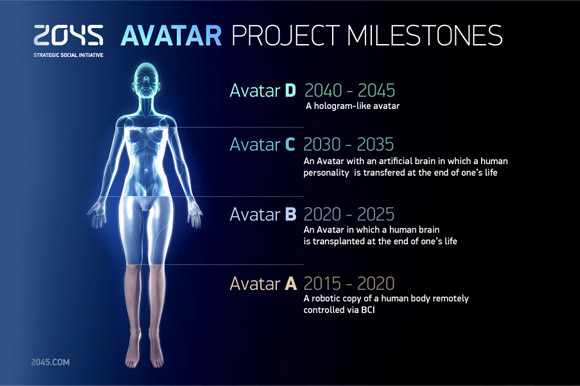 But, hope is what keeps us going. There are people who have come up with ‘hopeful’ solutions to death as an overall concept. Called the ‘2045 Initiative’, the project has been initiated by a Russian Billionaire Dmitry Itskov. The 2045 Initiative focuses on completing a successful transfer of the biological brain into an artificial carrier, allowing it to function as a new body in itself. Your intellect effectively departs from your ever-aging body, to settle into into a digitally run device. The brain and all its components (both abstract like your memories & emotions and its biological components) remain intact. And that’s it – based on this simple premise, you’ve attained immortality (as long as the device remains turned on?)

But before you start wondering how you may look at a 1000 years, there’s more to focus on. Expectedly, this project isn’t achieving completion any time soon. The 2045 initiative will require billions of dollars of investments annually, a huge amount of infrastructural resources and probably human testing too. These issues have financial, moral and legal implications. What’s worse – scaling these boundaries won’t guarantee success. There’s no certainty of the desired outcomes.

At the same time, we’re not done yet. Google has projected itself as the pioneer of changing the life, then naturally a thought might arise – why not extend it? Larry Page always wanted to pursue his ‘moonshots’, using money that Google earns from lowly stuff like search engine ads, to fuel life-changing products. Google has set up an subsidiary by the name of California Life Company – Calico, which has a star studded team of researchers and intellectual geniuses. That’s not the point. The point is, what’s the road-map? Immortality and working to achieve it sound extravagantly optimistic, but the plan they’re chalking upon is more abstract than the idea itself. Calico is tying up with drug companies, research institutions and individuals for conducting research on attaining immortality by defeating aging. So far, they’re still on the research and collaborations phase. All we can do is be optimistic.

Some believe immortality might not be attainable…ever. What’s more practical and feasible is human life extension; more specifically, human life extension to such a level that beyond a point it begins to approximate an indefinite lifespan. There has been an all together different school of thought which is working on defying the natural causes of death. These theories are more believable, since they sound attainable. So far, no benchmark has been set to bring upon the fact that they are highly attainable. But, their pioneers and initiators are very high on optimism, experience and data. One name which comes up as a pioneer in indefinite human life extension is Aubrey De Grey, the founder of Methuselah Foundation and a renowned Cambridge Researcher. This man with a Dumbledore style beard, is definitely worth looking up to. To logically understand, the ‘cure’ of death, one needs to know the causes of natural death, or the ageing factor. De Grey states the following as reasons of ageing, ultimately leading to death:

These are changes to the nuclear DNA (nDNA), the molecule that contains our genetic information, or to proteins which bind to the nDNA. Certain mutations can lead to cancer, and, according to de Grey, non-cancerous mutations and epimutations do not contribute to ageing within a normal lifespan, so cancer is the only endpoint of these types of damage that must be addressed.

Mitochondria are components in our cells that are important for energy production. They contain their own genetic material, and mutations to their DNA can affect a cell’s ability to function properly. Indirectly, these mutations may accelerate many aspects of ageing.

Our cells are constantly breaking down proteins and other molecules that are no longer useful or which can be harmful. Those molecules which can’t be digested simply accumulate as junk inside our cells. Atherosclerosis, macular degeneration and all kinds of neurodegenerative diseases (such as Alzheimer’s disease) are associated with this problem.

Harmful junk protein can also accumulate outside of our cells. The Amyloid senile plaque seen in the brains of Alzheimer’s patients is one example.

Some of the cells in our bodies cannot be replaced, or can only be replaced very slowly – more slowly than they die. This decrease in cell number causes the heart to become weaker with age, and it also causes Parkinson’s disease and impairs the immune system.

This is a phenomenon where the cells are no longer able to divide, but also do not die and let others divide. They may also do other things that they’re not supposed to, like secreting proteins that could be harmful. Cell senescence has been proposed as cause or consequence of type 2 diabetes. Immune senescence is also caused by this. 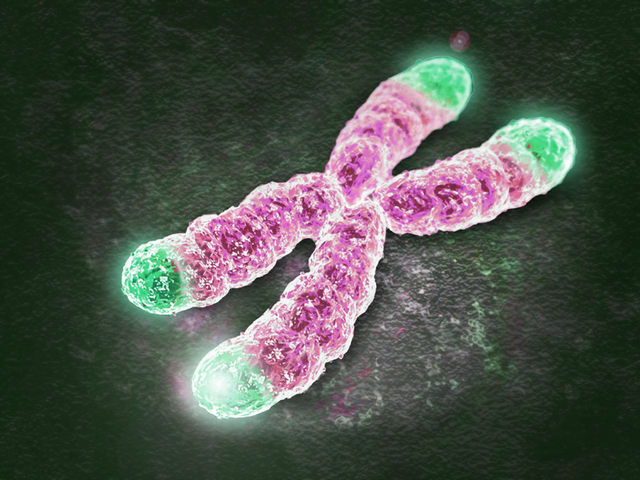 That stated, there has been a significant support to the theory of Telomeres. Telomeres are extension of chromosomes, which shorten with passage of time. The next logical question obviously arises – if the length of Telomere can be increased, using genetic engineering or adapting to an overall healthier lifestyle, can’t lifespan be increased significantly? So far, apart from telomeres, Nanotechnology has been serving to cure diseases at a micro level in the body. But, De Grey in an interview to fightaging.org has stated the possible cures to death:

– Cell therapy to restore the number of cells in tissues that lose cells with advancing age, like the heart and some areas of the brain.

– Targeted (homologous recombination-based) gene therapy that will delete our telomere elongation genes. This will stop cancer development. Some rapidly renewing tissues such as blood, skin and gut require telomere elongation, however, so a cell therapy must be developed to account for this need.

– Normal (insertional) gene therapy that will introduce modified versions of our 13 protein-coding mitochondrial genes into nuclear DNA. This will prevent accumulation of mutations in the mitochondrial DNA from affecting us as we age.

– Immune therapy to destroy senescent cells. Senescence in cells is an undesirable state that occurs to cells in culture after dividing many times. Our bodies don’t accumulate very many senescent cells, and they’re of cell types that renew easily. Tailoring our immune systems to destroy cells as they become senescent is quite sufficient.

Immune or small-molecule therapy to disaggregate or engulf the junk material known as amyloid that accumulate outside cells. Amyloid is prominent in the brains of Alzheimer’s sufferers, but slowly accumulates in all of us as we age.

The ideas and theories discussed till date have been more theoretical than practical. Backed by research, medication and technology, the theories we have so far focus on how can indefinite lifespan can be attained, externally. A rather important aspect which has subjected to relatively less attention is the preservation of consciousness if we are to go the digital route against ageing. The key is preserving the mind with all its memories, emotions and experiences. Trouble is, neuroscientists still don’t understand what consciousness truly is.

A good way to ascertain how far we are from attaining an indefinite lifespan is Theo Richel’s interview of 62 Gerontologists (people who study the Social, Psychological, Cognitive and Biological aspects of ageing), a minimum of 20% respondents suggested that someone would reach 150 years of age by 2100, and the average lifespan of someone born in 2100 would be 200 years or more. What’s worth watching is, that a person who would turn 150 or so in 2100 or around it, is already born.