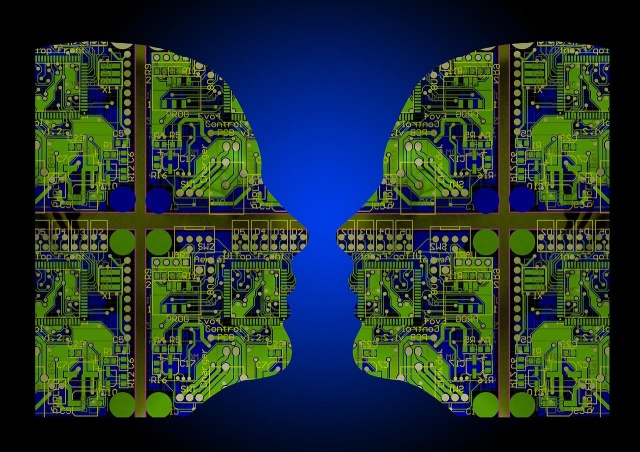 We’ve all heard of Elon Musk and Stephen Hawking. These two men have repeatedly asked humanity to stay wary of the prolific scope of Artificial Intelligence. There is another man who holds a very obverse perspective on this esoteric topic. American futurist author and inventor, Raymond ‘Ray’ Kurzweil claims that the human race will transform into hybrid robots by the year 2030. 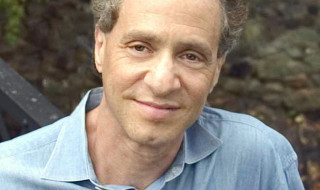 The director of engineering at Google, Ray is a highly respected futurist known for his high success rate with his predictions. He is involved in a myriad of fields such as optical character recognition (OCR), text-to-speech synthesis, speech recognition technology, and electronic keyboard instruments. He has authored books on health, artificial intelligence (AI), the technological singularity, and of course, futurism. He publicly advocates in favor of the futurist movements, which is evident in his huge collection of public talks, wherein he has opined his significantly optimistic views on life extension technologies and the future of nanotechnology, robotics, and biotechnology. 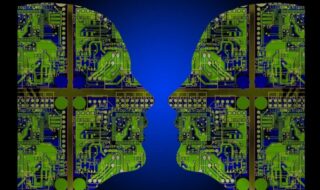 On June 3, 2015, at the Exponential Finance conference in New York, Ray explained that human thinking will be a hybrid of biological and non-biological thinking. When Ray says that humans will become hybrids in the 2030s, he implies that our brains will be able to connect directly to the cloud space, home to thousands of computers which will in turn annex our existing intelligence. This will lead to a manifold augmentation of the biological human intelligence. Kurzweil also stated the human brain will employ Nano bots, tiny robots made from DNA strands, to connect to the cloud space. These DNA Nano bots are compatible with biological environs and hence will not be rejected by the body’s immune system, since they’re made of biological material. Researchers and scientists have already used these bots to target and destroy cancer cells as well as store data I human bodies. The complexity and advancement of our thinking will be directly proportional to the size and echelons of the cloud. The bigger and more complex the cloud, the more complex will be the functioning of human idiosyncrasies.

Ray believes that by the time we move in to the late 2030s or the early 2040s, our thinking will transcend the conspicuous bounds of human capacities and will be predominately non-biological. Having said this, he has most of us intimidated by the power of science and the Singularity. For those of you who haven’t been introduced to the concept of the Singularity, it is defined as an era in which our intelligence will become increasingly non-biological and trillions of times more powerful than it is today. Biological and artificial intelligence will thus merge. This will be the dawning of a new civilization that will enable us to transcend our biological limitations and amplify our creativity. As per his claims, if the human brain is subjected to gentrification by technology, we might even be able to take a backup our brain’s memory space. To be able to not forget anything ever is one ineffable dream come true for most of us. As the cloud space becomes more and more complex, we will be able to store more and more information.

Using this technology, one could also send emails and videos directly to the brain and store them for reference. In a public talk in 2014, Ray Kurzweil, a computer scientist, had said “Twenty years from now, we’ll have nanobots, because another exponential trend is the shrinking of technology. They’ll go into our brain through the capillaries and basically connect our neocortex to a synthetic neocortex in the cloud providing an extension of our neocortex.” That is one way to intimate that humans will transform into Cyborgs within a couple of decades. 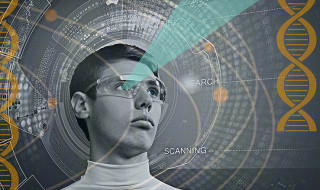 Despite the lofty promises that technology has to offer, Ray says there are provisos that have to be kept in mind. Imagine a scenario where in human minds are melded with an open cloud space, after an age of cybercrimes and vulnerabilities. It makes one cringe to think of how one could be able to hack into human minds and even rewire it. A computer virus or hacker could steal or corrupt our memories, thus raising security concerns. Kurzweil has clearly warned us, saying, “Technology is a double-edged sword.’’

Since every incrementally superior technology has had its promises and perils, he noted that, “We have a moral imperative to continue reaping the promise [of artificial intelligence] while we control the peril.” Although Ray has made a prediction with much confidence here, scientists sound dicey when they say that we have not even tried to get into the basic understanding of the working of the human brain. They say that even if the technology is advancing at an alarmingly exponential rate, to be able to infiltrate or link the innumerably complex biological computers with the cloud seems to be implausible. 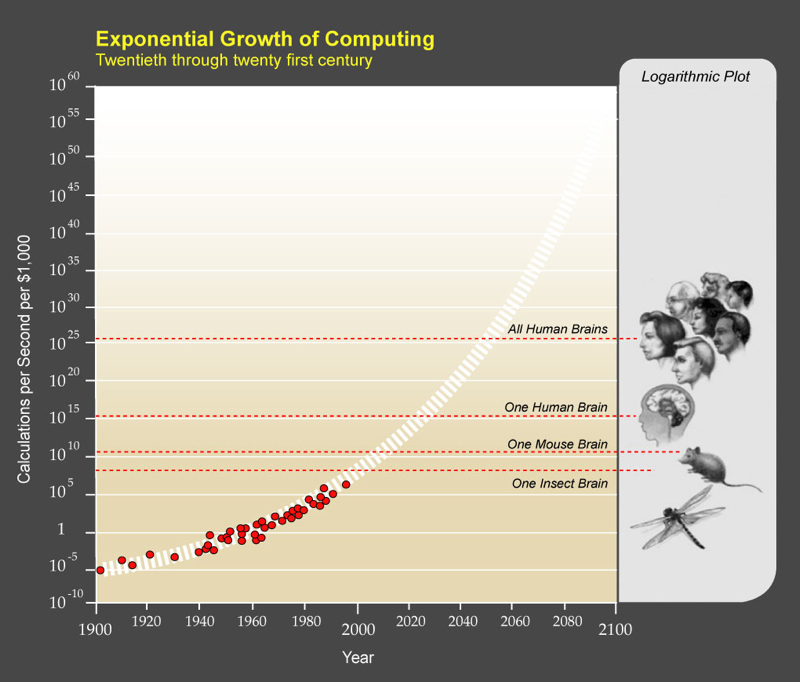 This does not mean that the scenario of ‘live cyborgs’ is completely outmoded. Ray has made a large number of inconspicuous and abstruse predictions in the past and around 86% of them have come true. For instance, he once predicted a machine that would beat a human in a game of chess. That happened in 1997, when the chess World Champion Garry Kasparov was defeated by IBM’s Deep Blue computer in a well-publicized chess tournament. In his first book, ‘The Age of Intelligent Machines’, which was published in 1990, he had forecast the demise of the Soviet Union due to new technologies such as cellular phones and fax machines that would disempower authoritarian governments by removing state control over the flow of information.

Have MOOCs changed the course of learning?

In 2005, former Soviet statesman, Mikhail Gorbachev told Kurzweil that emerging decentralized electronic communication “was a big factor” for fostering democracy in the Soviet Union, thus asserting Ray’s prophecy. As per his own analysis of the 147 predictions he made for 2009 throughout the ’90s, a respectable 86 percent of them turned out to be correct, including the primary usage of portable computers and three-dimensional chips, computer displays in eyeglasses for augmented reality, increasing number of texts created by speech recognition technology, autonomous Nano engineered machines that have been demonstrated and include their own computational controls, to name a few.

Ray Kurzweil had also predicted that, in 2005, supercomputers with the computational capacities to simulate protein folding will be introduced. In 2010, a supercomputer simulated protein folding for a very small protein at an atomic level over a period of a millisecond, with the results closely matching experimental data. Although he has passed muster on most of his prescience, his prediction of self-driven cars has fallen short. He had predicted the advent of driverless cars by 2009, which has still not been materialized to its’ utmost potential. 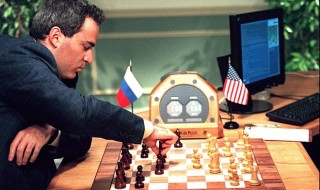 Ray, with his 20 honorary doctorates and awards from three U.S. presidents, is known for thinking exponentially. He sees what most of us don’t owing to his understanding of the power of Moore’s Law, more specifically Ray’s “Law of Accelerating Returns” and of exponential technologies. In his book, ‘The Singularity Is Near: When Humans Transcend Biology’, Kurzweil describes his law of accelerating returns. As per this law, an exponential increase in technologies like computers, genetics, nanotechnology, robotics and artificial intelligence, will transform humans as they augment their minds and bodies with artificial intelligence, genetic alterations and nanotechnology, leading to hybrid robots. 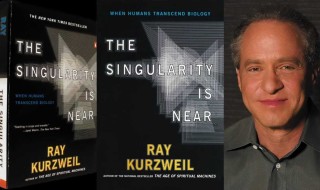 In his book, Ray says we are tending to a point of technological singularity in the year 2045, at a rate so rapid that it outpaces humans’ comprehension. When he says we should get ready for an age of hybrid robot-like thinking, as we tap into the computational scope of cloud services, we should assign a huge probabilistic measure to the possibility of convergence of man and machine.