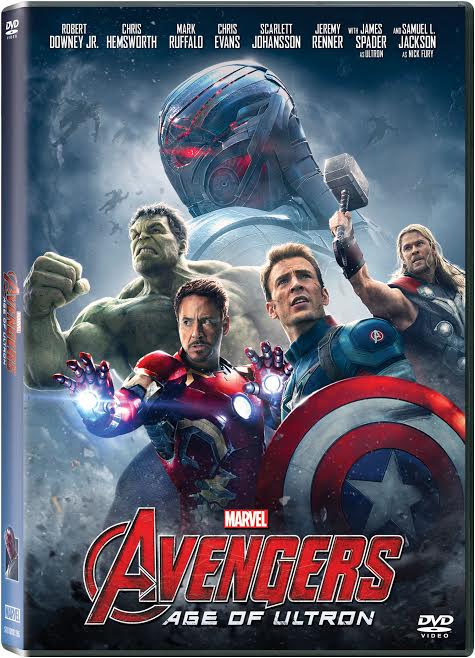 Marvel has been spending a lot of time (and money) on its Avengers franchise. The first movie was undoubtedly successful in almost all ways – great hype before the release, and great cash collections post release as well. No surprise then, that they decided to expand (with movies for individual superheroes), and a full blown sequel as well. Age of Ultron released to the same kind of hype earlier this year. Many months later, it is now out on DVD & Blu-Ray, courtesy Sony DADC. We checked it out.

Age of Ultron follows the events of The Avengers, Iron Man 3, Thor: The Dark World, and Captain America: The Winter Soldier. It opens with a frantic pace – we see the entire team in the middle of a forest, out to combat this terrorist group called Hydra. Hydra has some planet-destroying stuff on its hands, and our heroes must save the world, of course.

We’re taken through the team’s quest to get secure this dangerous technology and prevent an alien invasion of Earth. They eventually face Baron Strucker, a Hydra member who’s been doing his own shady experiments. As the plot progresses, Tony Stark pairs his advanced artificial intelligence systems with some important scientific data, ultimately creating the all-powerful Ultron. Things, however, don’t go so well. The sentient Ultron is determined to conquer everything it sees – and this emotion includes destroying his creator.

Like previous movies from the Marvel stable, Age of Ultron is sufficiently loaded with impressive CGI, witty dialogues, and comedy – culminating in a fun watch for all of its audience, both fans and novices alike. Following tradition, there’s a Stan Lee cameo again. Non fans will need to be well versed with previous movies like Iron Man 3, Thor, and Captain America – there’s some continuity that could raise some questions if you haven’t been following the Marvel cinematic universe.

Nevertheless, all the lead actors do more than justice to their roles, with Robert Downey Jr shining through, unsurprisingly. What is surprising though, is the increased emphasis on Hawkeye (played by Jeremy Renner). The character has matured significantly in Ultron, with a lot more central importance and glory being handed down to him. It really puts all the superheroes together on one pedestal. Previously, there had been unequal focus on the more popular characters. This time however, everyone gets their share of witty one liners, epic fight sequences, and superhero glory.

There’s adequate back story for character development for everyone, keeping us, the audience, engaged throughout the run time. The visuals, like I mentioned – remain stellar. This is probably the best VFX we’ve seen from Marvel so far (case in point: the South Korea action sequence). The direction too, subtly lays the groundwork for future sequels and movies, maintaining the pace of continuity we’ve come to see so far.

That being said, Ultron does falter at some random points. The visuals may be great – but they aren’t always impressive. There are moments where you can see through the artificialness of it all. Ultron could’ve done with some character development – instead, he ends up being a pawn in the movie’s plot, used to further the exploits of The Avengers.

We’re willing to overlook all that, however, because the movie does manage to end keeping you satisfied to a sufficient degree. Avengers: Age of Ultron is an epic spectacle you should probably watch.