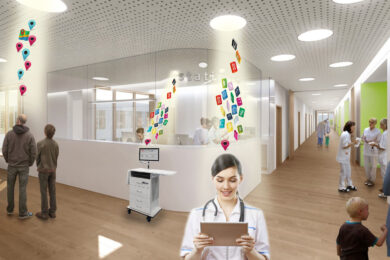 A while ago, we discussed using WiFi to power our gadgets – the equivalent of wireless electricity. We’re not anywhere close to commercial deployment yet, and there’s already more disruption to the wireless industry. Meet ‘LiFi’ – the astonishing cousin of our familiar WiFi. LiFi or Light Fidelity is a form of visible light communication which makes use of LED lights for data transmission, and its basic difference from WiFi is that LiFi makes use of visible light rays whereas the latter uses radio waves.

Visible light communication (VLC) itself is not a new concept at all. It began in the 1880s with the invention of the ‘Photophone’ by Alexander Graham Bell. VLC is a general term that refers to the communication systems which make use of visible lights. LiFi involves visible light emitted specifically by LEDs. It’s been actively researched since 2003. A LiFi Consortium was established in 2011 to for further promotion and development. Since then, several major companies and universities had been keenly interest in the research and development of LiFi system. The man behind LiFi is Prof Herald Haas of the University of Edinburg, who coined the term and integrated the technology with solar panels to make it energy efficient. It will not be long when a majority of our households have LED bulbs that can provide us light as well as high-speed internet. 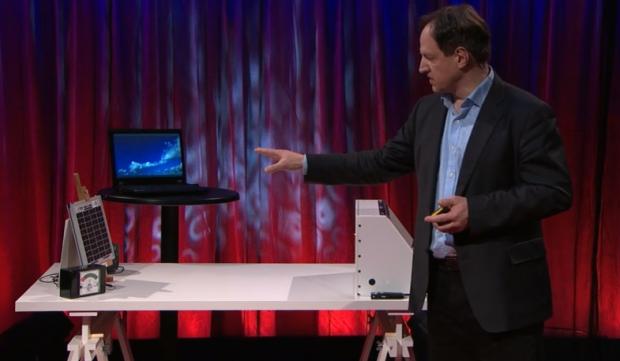 How Does LiFi Work?

The working principle of the LiFi system is very much similar to that of WiFi. LiFi makes use of LED lights whose intensity can be modulated at a very high speed. Data is encoded in the light intensity that changes about 10 million times per second. A simple LED bulb can be used to transmit thousands of parallel data streams at high speed merely by integrating it with a modulator chip. The transmitted data in the form of light rays is detected by a receiver – a photodiode – which is integrated with a signal processor connected to our electronic devices. This technology allows both uplink and downlink communication. Prof Haas demonstrated a working prototype where simple solar cells are used as a receiver making the LiFi system more efficient. 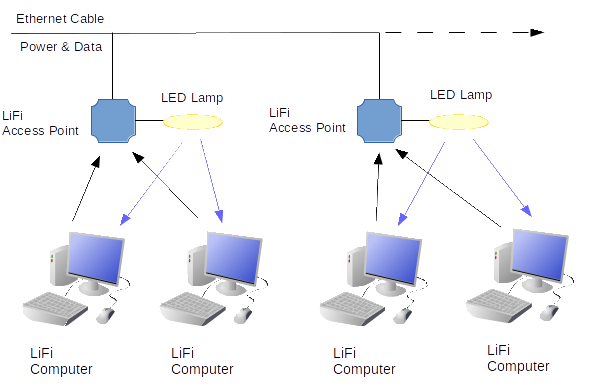 Is LiFi the Future?

Just in case you’re not aware – we’re really running short of data capacity on the planet today. Our radio communication bandwidth is getting increasingly congested and the available spectrum is estimated to run out by 2020. Interference of signals is also a common problem. Moreover, the number of devices connected to the network are rising at immense speed and hence more energy in needed to keep up with this. LiFi technology can address all these issues and here is the list of major advantages it offers: 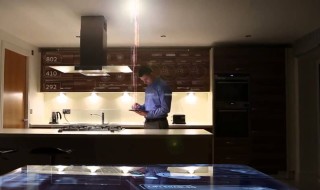 Prof Haas doesn’t believe LiFi is meant to replace WiFi. Instead, it’ll supplement WiFi –  it will be preferred in other sectors, especially indoors. It is a viable scenario – one where our smartphones and computers may all come with photodiodes which will enable them to make use of this technology. LiFi can facilitate indoor navigation systems, and our streetlights can act as LiFi transmitter outdoors. All our devices that possess LED lights can be made to use LiFi technology and this means that we can develop smart devices.

Currently, there are more than 14 million LED devices around the world. Large regions of the planet are witnessing traditional lighting systems being replaced with LED lights. In a way, we already have the basic infrastructure in place for a complete LiFi system. All that’s left is to integrate them with a microchip modulator and a receiver toolkit to turn them into a LiFi communication system