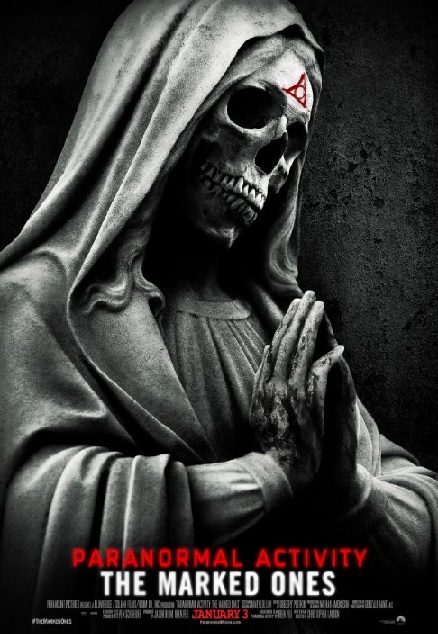 Review: Paranormal Activity – The Marked Ones

From the previous Paranormal Activity sequels, it was evident that the audience was expecting more thrills but The Marked Ones seems to disappoint with its clichéd storyline. Due to the excessive publicity and money that Paranormal Activity 3 had made earlier, I wouldn’t think these guys would even earn half of it by what they just made. ‘Paranormal Activity’ in itself is a phenomenon that can be widely used, and it doesn’t just have to do with the strange events surrounding the same family. It is acceptable that all parts contain the same family in order to make the ‘sequel’ evident but there’s a lot these guys could have done with the fourth part. With the exceedingly brilliant step that cinema has taken toward films with respect to every aspect of a movie, it’s rather naïve if you release a movie like this.

The movie starts off with the main protagonist of the movie, Jesse (Andrew Jacobs) who begins experiencing a set of strange, disturbing and unexplainable things after the death of his strange witch-like neighbour (Anna). The main story starts when he, like every stupid protagonist of a horror movie is curious about his neighbour’s death and tries investigating about the cause. But, no sooner than he knows, he is already ‘marked’ by the possession of the same old ruthless demonic entity that has been hovering over in the all the parts of Paranormal Activity’. So with a very dramatic climax of this movie, it doesn’t evoke a thrill or suspense in the audience but rather, makes the horror freaks laugh.

Everything in this movie is just cliché. Starting from the storyline, it sure is a mixture of all the three parts with a little added drama, but on the other hand, it requires the audience to be aware of its prequels. Coming to the sound effects, the effects used in this movie are more basic than what must be used in a typical horror movie. Since the entire movie is shown through the cameras handled by the actors themselves, it doesn’t just give it a ‘real’ aspect but also makes the entire audience focus on just the camera. The script too isn’t very great, as it is just mediocre. The actors however, on the other hand have done well because they didn’t over-act or act pathetically either.

However, the Paranormal Activity is definitely a no-go. You can probably watch ‘The Grudge’ another fifty million times instead of watching this one. It isn’t worth your money and definitely not worth your time. There’s nothing in this movie that you haven’t watched before, so don’t waste your precious time on this one.