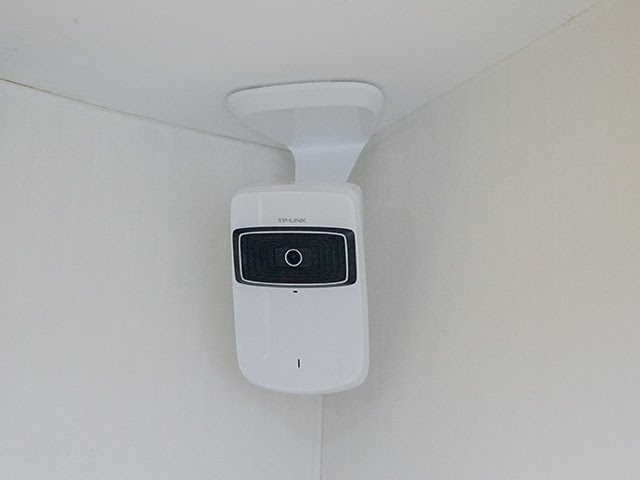 Everyone is jumping on the cloud bandwagon. We’re seeing Kingston deliver wirelessly connected media devices, which aren’t truly on the cloud, but nevertheless demonstrate the market’s shift towards removing wires. One class of device which remain untouched in this wireless revolution are camera. Cameras still need cables to connect to computers, or a manual removal of storage cards to transfer data.

Fortunately, this will change. TP Link has just delivered a wireless camera, the NC200, that connects and transmits data via the cloud. The NC200 doubles up a security camera that can send live feed to you anywhere in the world.

We tried it out over the past fortnight, and we’re impressed. Here’s why:

The NC200 camera package includes the camera itself, of course. There’s also the power adapter, and an extension cable for powering the device. For internet connectivity, an RJ-45 ethernet cable comes bundled too. Additionally, there’s a Quick Installation Guide to help set the camera up with instructions. 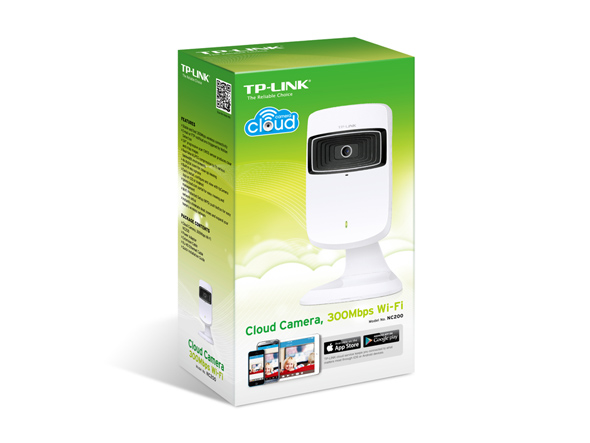 The NC200 measures 96 x 61 x 24 mm, which isn’t bulky at all. It feels slightly tall, and it seems like TP Link could’ve shortened the height a bit. But it isn’t an eye sore. In fact, it looks pretty sleek and high end. The NC200 comes in white, with a black lens located symmetrically at the top center.

The camera in itself is mounted on a plastic body, which is also white. Behind the devices are the necessary ports – power and ethernet. There’s also a WPS button to connect wireless to the internet – TP Link has clearly stuck to the ‘wireless’ focus.

The camera itself is a VGA shooter, which is a disappointment. it’s 2015, so the very least consumers would desire would be a 720p video shooter, and a 5 MP camera, even on a budget device. Nevertheless, it manages to deliver watchable video that serves its purpose. The camera records at 20fps, and works fine as a security camera, allowing you to identify faces on its feed.

A great plus on the NC200 is the inbuilt microphone – something most security cameras lack. In fact, the NC200 impresses with another feature – it works as a wireless repeater, allowing you to extend the range of your Wi-Fi connection by acting as a middleman device. I imagine this feature will be pretty handy for most consumers.

To begin using the camera, you need to create a TP Link Account. Follow up by downloading the Android & iOS apps to remote access the camera feed from your smartphone. TP Link also allows you to connect up to 36 camera on a single account. So you can view multiple feeds on your device at once. Another innovate feature is motion detection – the NC200 sends you a notification via email whenever there’s motion in its field of vision. Pretty neat.

The NC200 is compatible with Windows XP/Vista/7/8, and even Mac OS 10.7 or higher. Smartphone apps are obviously available for both Android & iOS. There is no Windows Phone support, however.

In our trial, the NC200 managed to impress. There is a solid list of nicely thought of features – such as the ability to group to 36 devices on one account, or motion detection. The availability of the built in microphone or the wireless repeater capability are both very vital pluses. The NC200 serves multiple purposes and will leave you feeling satisfied with the purchase.

On the other hand, the camera resolution is poor, and has significant room for improvement. Fortunately, it still allows you to identify faces, rendering the quality watchable.

Priced at Rs. 2800, the NC200 is a very reasonable buy. The plethora of extra features do help you overlook the flaws. We’re hoping TP Link launches better quality camera for higher prices, those would remain compelling products. Nevertheless, the NC200 is impressive, and for 2800, we’re going to go ahead and recommend it.