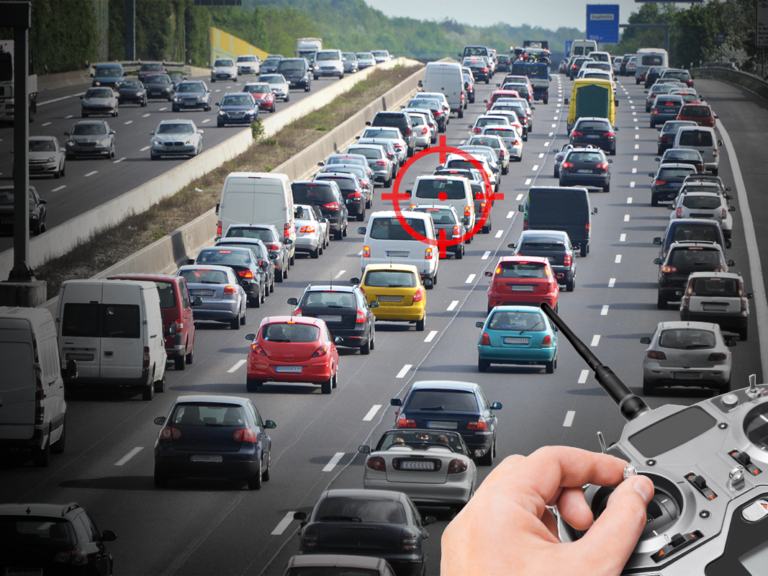 You might be behind the wheel, but who is driving your car?

Cars aren’t just mechanical contraptions generating controlled explosions within their combustion enginges anymore. As with almost every other industry, automobiles too have become increasingly digital. And it’s not limited anymore to small applications like having microprocessors control your air conditioner, check on your fuel, or allow keyless entry. Cars now are going wireless, connected to the internet. And when there’s the internet, there’s potential for hacking and malicious usage.

How Real is Car Hacking

Car hacking is turning into an increasingly danagerous threat, with solid potential to unleash chaos on roads. While there are plenty of skeptics dismissing the magnitude of the problem (primarily because internet-connected cars aren’t dominating the market yet), with more cars going online every day, this is an issue we’d want to fix as quickly as possible.

With the advent of autonomous vehicles, most vehicles in the future are going to rely on real-time updated maps and other information to steer themselves, which neccisitates an internet connection.

A recent case of the hacking of a Tesla Model S by researchers Kevin Mahaffey and Marc Rogers was an alarming demonstration, as they were able to unlock the car from a remote distance and drive away. The researchers explained how they accessed a specific file – carkey.tar, in one of the removable SD cards fitted into one of the devices behind the Model S’ dashboard. When the car went online and connected to the Wi-Fi of a Tesla service centre, access to commands was granted. In this case, the hacking operation required physical access to the vehicle and consequent tampering of the systems. While this takes away the fear of seeing vehicles on the road going beserk via remote control, that scenario may not be very far either.

What Could Possibly Happen?

All sorts of wrong things can happen if you’re hacking a car. The dangers are obvious. Car hacking can (and probably will) be used to terrorise people. Malicious agents can perform a wide variety of attacks on a vehicle – vehicle disablement includes the loss of the control of a driver or operator over their system. Another method includes hacking the tire pressure system that might deflate or inflate the tyres. In one particular case, hackers mangaed to gain access to this system and generated an error message on the display claiming all tires were deflated. Imagine the chaos potential this act has.

Disabling brakes, honking the horn uselessly, controlling windshield wipers and audio systems, shutting down the engine, accelerating the car or reducing the speed of the car bringing it to stop at unwelcome traffic positions can cause not just confusion but also fatal accidents. We’ve seen cases of hackers demanding a random for giving users access to their own laptops. It’s obvious this kind of attack could be target at cars too. Imagine having to pay an individual on the threat of losing access to a car you’re driving.

Effective measures are an urgent need to stop car hacking before it starts trending in cracker circles. Firms like Argus are designing systems to protect vehicles from such threats already. Tesla Motors is said to be paying hackers full time to keep having a go at their cars and expose flaws to be patched. At a personal level, one must stop or keep an eye on the physical presence of strangers inside their car.

The FBI has already issued a statement warning about the risks of cars and trucks that are vulnerable to remote hacking. The agency advises the customers to contact the car manufacturers and keep themselves updated. Phishing is another strategy hackers could employ to gain access to your vehicle. You might want to make sure your car dealer/serviceman is legitimately that, and not a conman, before you give him access to your vehicle.

Is Quora a Threat to Wikipedia?