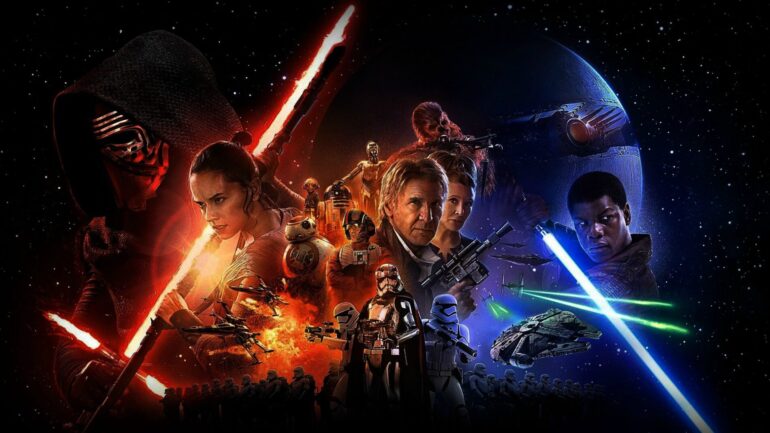 There should be honestly no need to introduce Star Wars to the average geek. The franchise, alongside which an entire generation has grown up, is close most of our hearts. No surprises then that a much awaited Star Wars release – Episode 7: The Force Awakens, was received with such enthusiasm and fan fare. Now, Sony DADC is helping us out by bringing it to DVD & Blu-Ray. Priced at Rs 599, the box consists of a single DVD having the complete reel packed inside. Lucky for me, I get to review it for my geek community!

To do justice to the job, when I inserted the disk inside my old Philips home theatre system coupled with a 15 years old BPL CRT Television, magically it worked. Now wasting no more time, let’s jump into the treasure I found inside the movie.

The galactic war has begun, this time it’s between the First Order and the New Republic. The world has signed a temporary peace treaty where the First order is in search of a broken piece of a significant map. On the other side, a pilot named Poe Dameron received an information chip from the village elder of Jakku and safely placed it inside a BB-8 droid. While the pilot was captured, the BB-8 encountered Rey, a female scavenger from Jakku. In the main base of First Order, Poe was rescued by a Stormtrooper FN-2187, who managed to awaken his humanity, was awarded a name Finn from Poe and later joins the Resistance team. While they were coming back to Jakku to take BB-8 using one of the TIE Fighters, it crashed. Although Finn got back his consciousness, he was unsure whether his partner Poe was alive or dead.

In the journey to the ruins of Jakku, Finn discovered Rey and BB-8 and in the nick of time, got involved in tension caused by raising TIE Fighters. To avoid the situation, the trio, Rey, Finn and BB-8 flee outbound with the help of a broken Millennium Falcon. Later the structure of MF was engulfed by a huge ship, whose master turned out to be, fortunately, the smuggler but Resistance supporter Han Solo. In the next phase the story advances with Finn, Rey and Han Solo and some supportive characters where Han explained that Luke Skywalker exists and the Jedi concept is no myth. Two other alien parties appear in the ship to sort out business deals with Han while one party was a spy from the First Order. After a chaos, the team again managed to escape using MF.

The other section of the story cast the spotlight on First Order’s starkiller base – a converted weapon from a planet which drives its power from the stars.  Supreme Leader Snoke passed an order to roar the primary canon for the first time and destroyed several planets in one blow. Kylo Ren, the Stormtrooper commander seemed to go through an emotional jargon, however he reassured Snoke that Han Solo means nothing to him. Meanwhile, Han solo and company took a shelter in Takadona planet where Rey discovered a lightsaber which forced her to see the untold history and her childhood memory. While Rey shut her mind in anguish, First Order charged their fighter planes to Takadona in search of BB-8. While Resistance General Leia Organa and X-Wing Fighters came to rescue, Rey was already captured by Kylo Ren and was taken up to the base as a hostage. Although Finn and Han saw this, they were unable to save her.

Now what happens next? Surely, I don’t want to completely spoil your fun. So to know that you need to watch it. Some unfathomable questions that arrive if you are knowing the movie by this review is that what happens to Rey? Will Resistance be able to save Rey? Who is this masked man, the Kylo Ren? What is his relation with Han Solo? Ultimately who wins? Furthermore, will anyone ever find the last Jedi member Luke Skywalker?

Star Wars: The Force Awakens is the 7th successor of the Star Wars Space Opera series and filmed thirty years since the relase of the last installment – Return of the Jedi. One of the significant characteristics of this movie is definitely maintaining the consistency in character filming. For example, the role of general Leia Organa and Han Solo are maintained by the same cast. Talking strictly about the contemporary installment, this is the next-generation of Star Wars where the Jedi power might have evolved outside the native blood line. According to me the reason for such a name, “the force awakens” directly means that the legendary energy field will be awakened by someone special, rather the force is the key to reach the ultimatum. 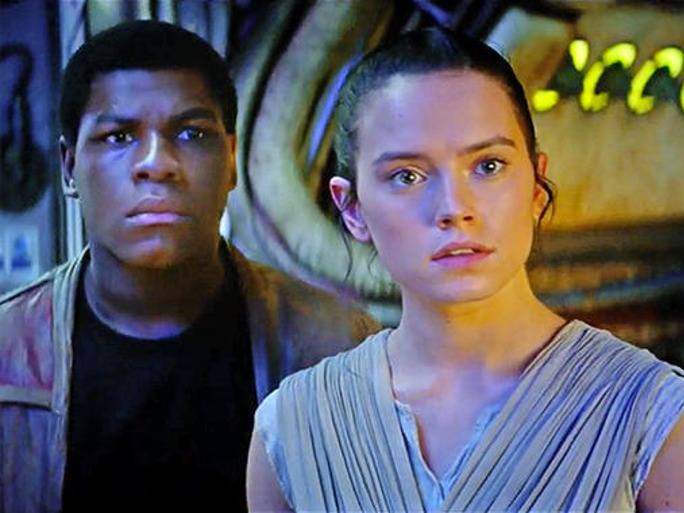 Putting a sceptic look on Rey’s character, the way she has been placed in every scene, from the first one to the last, she is definitely the heroine. With tremendous strength and control, Rey has managed to keep the hunger of poverty and loneliness inside till the end. She is responsible, dedicated pilot who can really take care of herself. In spite of a skinny look justifying her economical and survival condition, she has weight that she could carry till the end.

Director J J Abrams manages to extract the right amount of emotion from each character. A sharp but unfathomable expression is seen from the scene of Rey on a torture rack and her conversation with Kylo Ren. Inevitable fate and delicacy is merged in such a way that each section gets a comical look but with exquisite seriousness. Also, the story does not specify a defined relationship about two such occurrences that led me think that the director wants us to predict or to weave our own lines after that. For example, the slow moments and eye-to-eye contact between stromtrooper Finn and Rey and Kylo Ren and Rey. The first one propels the wind of love and affection where the next couple instigates the surge of power against rivals coupled with a twist of might-be-possible, slight positive attachment of family. 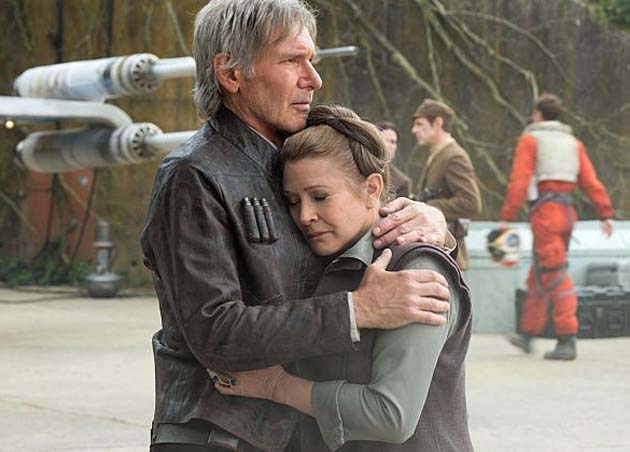 The oldest couple of the current session of Star Wars, Han Solo and Leia Organa depicted each encounter as an aesthetic romance field. The couple probably met after a long time and they still held their emotions tight. The old-gold relationship continued till the end with a sad accident and that actually pushes the movie forward. Also, Darth Vader aka Anakin Skywalker was pinned as the reference many times due to significant conversation of one’s fear.

The actions and timings go fine with the reel but could have been better. I can’t say they are bang on, rather a bit sloppy. The dynamics were much like 70’s films but that might be intentional to have correspondence with the Star Wars tradition. Stage presence and graphics were comparable with any other sci-fi films but yes, the environment was kept constant throughout the movie with its epic contrast.

Ending with a 4.7/5.0 for sure from my side with expectation that the next two films of this series, tagged as episode VII and IX will resolve the mystery of Luke and probably nurture next generation Jedi followers. A must watch for Star Wars lovers.