The human brain has become accustomed to certain external and physical stimuli. An individual generally does not leave home without putting on footwear. Similarly, the first thing you look for to make a quick note is a piece of paper. However, thanks to science and tech, a lot of routine activities have become redundant or insignificant. One of them would be carrying around a notepad to take notes, all credit to eWriters.

An eWriter is an electronic notepad, set to replace conventional paper procured from timber. eWriters can be characterized as lifelike, economically-feasible and energy-efficient electronic devices backed by advanced LCD technology. If developed further, they could replace those wasteful paper slips used for memos and grocery lists. A Businessweek article dating back to 1975 predicted that an average office worker would be working on the computer by 1995. While that claim proved right, it also claimed that paper as a commodity would never be ruled out of any official or daily routine. Despite the advent of state-of-the-art technology, fancy smartphones and pocket-sized computers, paper has an element of comfort and economical-feasibility that cannot be replaced. 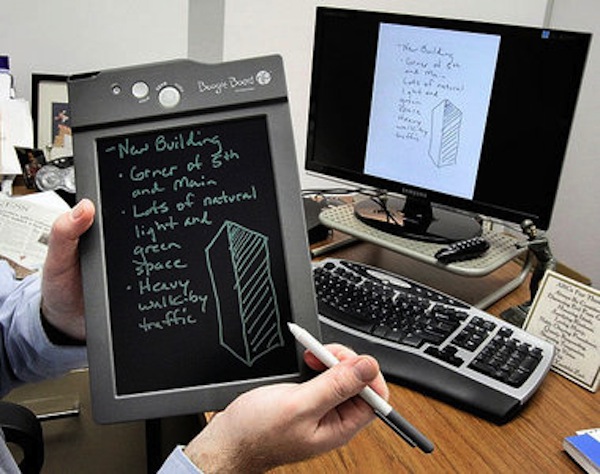 That is where eWriters came into picture. eWriters have a touch-screen interface that allows users to write, sketch and trace figures on a screen. The screen may be classified as either resistive or capacitive screen depending on the underlying technology. The structure and composition of the eWriters makes them feasible replacements of paper.

Most eWriters have a characteristic resistive screen. Resistive screens consist of a layer of liquid crystals sandwiched between layers of electrodes. The appearance of these normally transparent liquid crystals changes according to their alignment within the layers. However, on applying pressure on the resistive screen, the gap between the electrodes decreases. This causes the liquid crystals to realign, thus, becoming reflective. Having said that, it is evident that unlike most electronic display devices, eWriters do not consume power for generating display. This makes them energy-efficient and brings the experience as close to writing on actual paper as there could be.

Besides the LCD on eWriters, there are several other components that build the entire device. An eWriter uses a microprocessor to perform all data operations – ranging from something as simple as sending a scribbled note to memory for retrieving later to executing complex algorithms to translate illegible handwriting into text. Handwriting-recognition algorithms analyze the motions traced on the touch-screen interface and match them to alphabets. Coupled with word-recognition software, most algorithms can even predict the words without the user having to write the most perfect characters.

Solid-state memory chips or flash-memory chips provide storage space for the eWriters. The processor converts written text into encoded data and sends it in a series of binary digits — zeros and ones — to storage. In addition to the above, an eWriter contains a battery to support its operations. 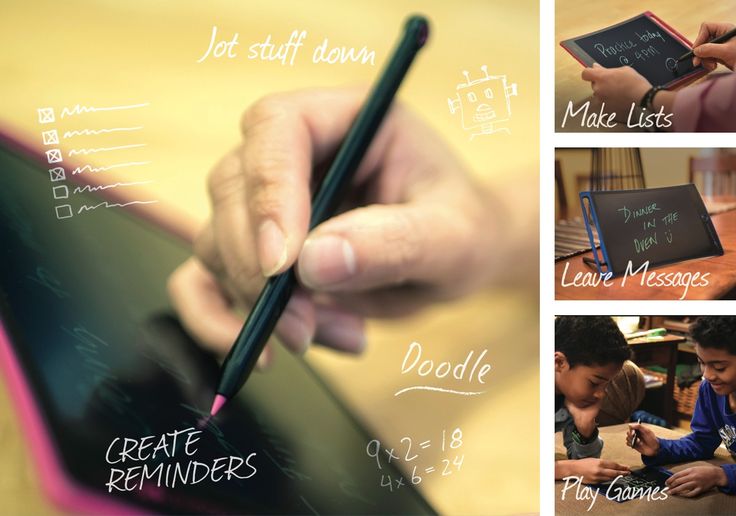 Delving deeper into the display technology

The eWriter display works on the principle of anisotropic flow. It is a characteristic of cholesteric liquid crystals in which crystals flow at different speeds that are a function of the direction of pressure being applied.  An anisotropic flow is a result of the pressure created on the sheets of specialized plastic (electrodes) that sandwich a thin film of cholesteric liquid crystal. The pressure is often created using a tool called stylus, and can cause the molecules to order themselves to reflect light in those places where impact has been made on the plastic sheet.

These liquid crystals are surrounded by polymer pillars, which control flow thus, producing excellent line sharpness. The written characters are retained in a cached-memory system until electrically erased. On the push of a button, a flash of electric field is generated which then rearranges the molecules so that they are less reflective, thus erasing the previously written characters electronically.

Various eWriters in the Market

While the product may not have garnered enough attention among the masses, there are various players that have played with the technology and developed various impressing eWriters. Boogie board with the Kent Display Reflex screen is one of the most prominent names doing rounds in the market. The e-writing board by Wicue claims to eliminate the need for a chalk-and-blackboard setup eventually. In January 2017, QuirkLogic, a provider of productivity technology announced the launch of the world’s first connected eWriter, Quilla that would offer the power to share content along with conventional eWriter abilities. Furthermore, a startup, reMarkable had also plunged into the eWriter-race by producing what they call a “no latency” digital paper.

While the race is on, the technology is still at its nascent stage that leaves a lot of room for advancement and improvement of the existing technologies. It would not be too obtuse to state that in a few years from now, paper could be rendered as a lesser significant commodity in the office space.