The war for which task list manager is the best goes on. With so many options already there, and so many more options coming up everyday, it is difficult to simply categorise either of them as the best. Each has a few features and doesn’t have a few. Each has features, which are repetitive. At some point of time, all of them seem like bad copies of each other.

However, you can decide the one for you depending on what you want most. So here, we compare the three giant services of Evernote, Wunderlist, and Google Keep.

Push reminders help you get notifications even when the app is closed. This saves you from missing any task possible. While Wunderlist provides its users with this option, both Keep and Evernote lack on this front.

You can share your lists via email or via cloud and let your friends and family know your tasks. Wunderlist provides you with this facility.

With geotagging, you can tag your photos, videos and notes according to the location. This makes it easier to organise them. This feature is available on both Keep and Evernote but can’t be found in Wunderlist.

With Wunderlist, you can email the tasks to yourself and they get added to the list, but both Evernote and Google Keep do not support this feature.

Evernote and Wunderlist both make looking for tasks easier by keeping a search option inbuilt whereas, Keep has no such feature and so it makes it a little tedious to find the note. Evernote also goes a notch higher by being able to search for text in photos. 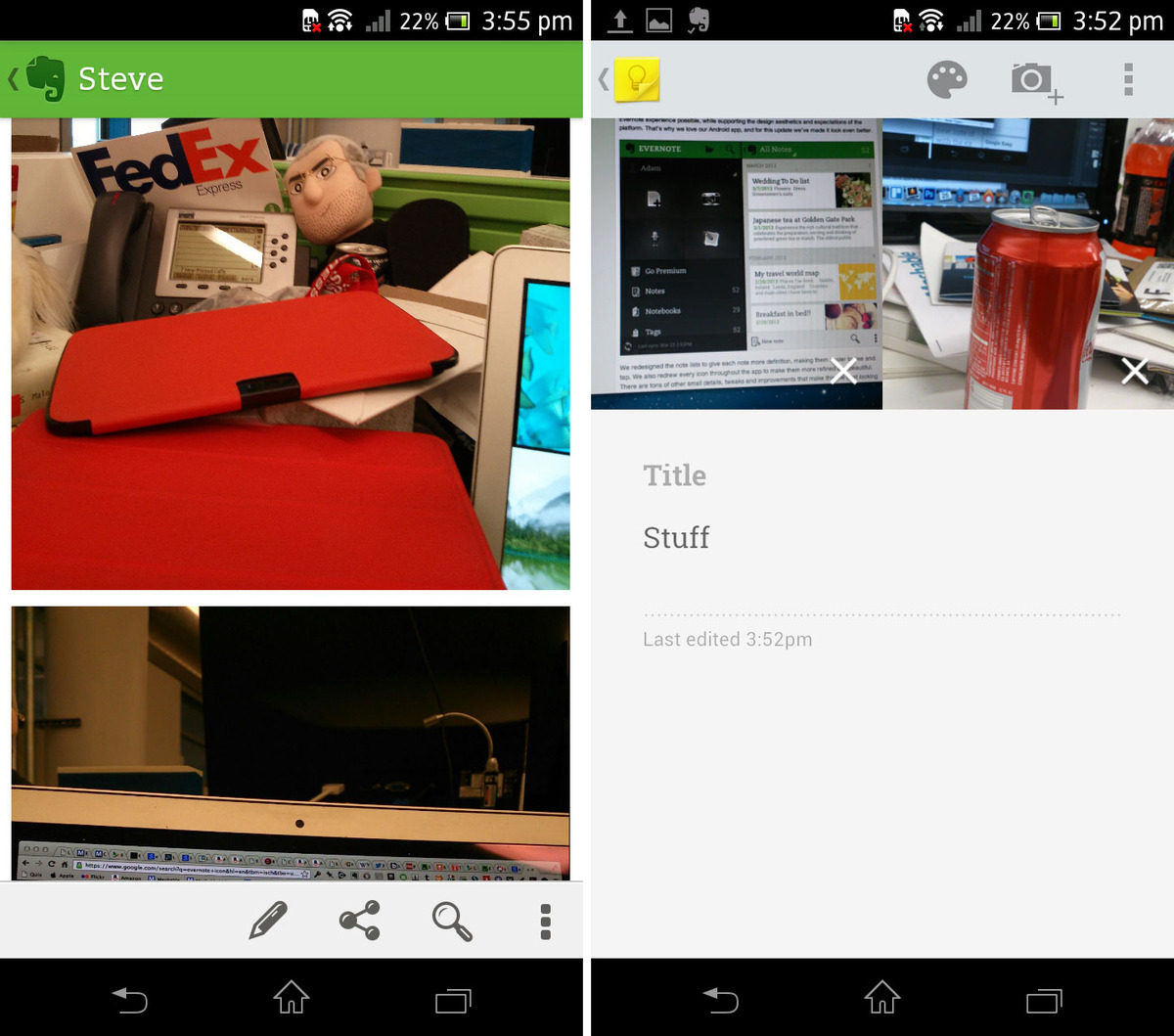 For those of you who care about the size, Google Keep(2.8MB) is the smallest, then comes Wunderlist(30MB) and then is Evernote(30.8MB).

Many of us like to archive the data for future reference and for other purposes as well. Well then, it’s good news, as Evernote and Keep both offer this feature, although Wunderlist doesn’t have it.

If you’re not one for creating accounts just to be able to use your to do lists, then Keep is the thing for you, as both Evernote and Wunderlist require you to create one.

Google Keep and Evernote both have voice support and you can just do things by speaking, there is no need to type. However, Wunderlist at the moment has no voice support.

Adding widgets to the home screen allows you to have more flexibility and to see information at a glance, without going inside the app. Evernote and Keep support this feature while Wunderlist’s widget isn’t very functional and has limited capabilities.

In Evernote we can make in app purchases and upgrade to a higher version.

In Evernote there are two option available, free and premium($5/month)

All the task list managing apps come with their fair share of pros and cons, and we’ve enumerated them out for you here. We hope this review has helped you decide which one would be the best for you!