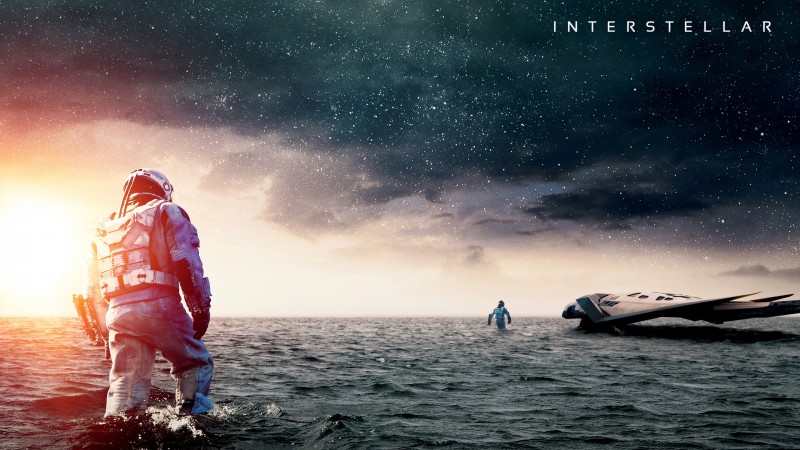 We’ve had some majorly influential movies over the past couple of years. As I write this, however, no other comes to mind except Interstellar. If it weren’t for my Batman bias, I’d call it Nolan’s most ambitious project ever. Interstellar was a magnificent amalgamation of a truly fascinating theme, terrific screenplay, and a soundtrack that can captivate you single handedly. Now, the debate masterpiece is out on Blu-Ray and DVD, courtesy Sony DADC.

We got ourselves a copy of the BluRay, which offers 3 hours of special footage, along with commentary from the cast and crew, and many more extras. Before we cover them, let’s take another look at the movie:

Interstellar’s premise is simple. It shares some of the characteristics of futuristic sci-fi movies – humanity is in danger, and a chosen few are selected to preserve the species. Interstellar starts with clips of survivors from a crop blight. Food production has reduced dramatically all over the planet, and the future looks grim. Military pilot and NASA astronaut Cooper is now a farmer, living with his 10 year old daughter ‘Murph’, teenage son and father in law.

Murph believes her room is haunted by a poltergeist that keeps knocking books off her shelves. Cooper however, discovers later that this activity may be caused by a gravitational anomaly. After discovering binary codes in dust, Cooper concludes that the codes are the co-ordinates to a NASA facility. Needless to say, father and daughter show up at the facility. Enter Dr Brand, a NASA scientist, who reveals that humanity doesn’t really have any chance of survival. ‘Your daughter’s generation will be the last’, apparently.

Fortunately, a wormhole seems to have opened near Saturn. Not surprisingly, Cooper is suddenly recruited to fly to the wormhole, and find other habitable worlds for humanity on the other side of the galaxy. What follows is a gripping space journey that captivates you for the length of the movie.

Nolan has been criticized in the past for the lack of human emotions in his movies. His work tends to focus on the mentally stimulating aspects of his plot, rather than human connect and emotion. I don’t agree with this one bit. if you’ve seen Inception or The Dark Knight you know there’s no lack of human emotion. Cobb in Inception is constantly plagued by disturbing memories of his wife, while Batman’s conflict is there for everyone to see.

Nevertheless, Nolan seems to have responded to criticism. There’s a very clear attempt to show some father-daughter bonding in Interstellar, and that may not necessarily be a good thing. Personally, I felt that cutting to Earth in the middle of the space voyage took away some of the movie’s grip on its audience.

If you know your astrophysics, you may be offended by how Nolan’s take on it. But a closer inspection reveals that the plot is actually very cleverly done. There’s no dearth of ambiguous concepts in physics. Wormholes may not have been created or discovered so far, but physics does not deny their potential existence. Nolan exploits these concepts brilliantly, and more or less manages to stay within acceptable limits of accurate scientific depiction.

The most prominent aspect of the movie, however, is its screenplay. I haven’t come across a more stellar celluloid depiction for a plot like this. The setting is beautiful, the planets are beautiful, the blackhole is beautiful. Which is why small screens would not do it justice at all. If you’re going to be watching Interstellar, the least you need is a large sized television.

Interstellar, sadly, is one of the most under-appreciated movies in recent times. While comparisons to Gravity were inevitable, it isn’t really fair to look at the two together. Gravity was simply about life in Low Earth Orbit. While the visuals were great, the scientific accuracy wasn’t.

Also Read: Gravity vs Interstellar – Which is the better movie?

Out Now on DVD & Blu-Ray 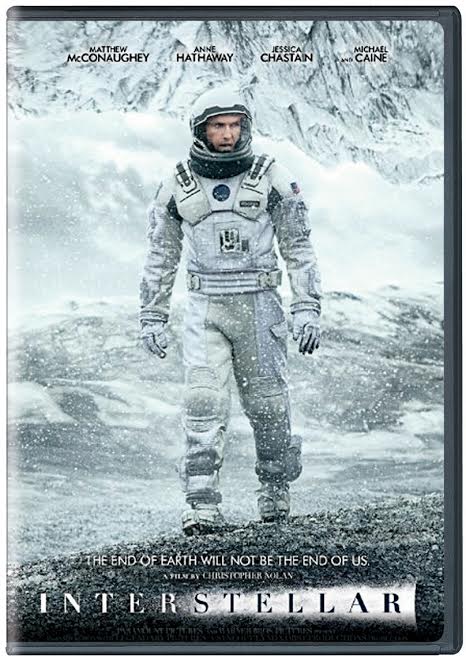 The Blu-ray release contains 2 discs, with the second featuring a plethora of special features: