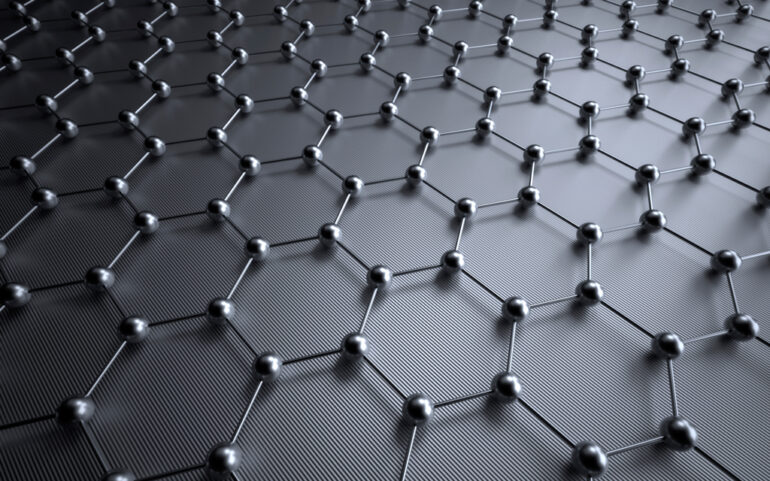 Graphene: The Super-Eminent Replacement To Everything

With all sources of minerals and ores desiccating up, there is urgent need of deriving a new replacement compound. The future of our industries could hinge on a single material – and our industries are currently buzzing over the potential of graphene. It is the strongest, slimmest and most malleable material in existence.

Graphene emerged from the carbon family, its allotrope are graphite and diamond. The word graphene is sometimes used in place of ‘carbon nanotubes’. CNTs are sheets of graphene that have been rolled up into a nano-scale tube (just like a micro-straw). The walls have the thickness of single atom, but the tube is stable and less reactive with other substances than regular, linear graphene.

What exactly is Graphene?

Graphene is an allotrope of carbon having honeycomb sheets of carbon, with the thickness lying at just about one atom. The structure too, is symmetrical to graphite. It consists of a pattern called the crystal lattice – consisting of atoms arranged in a regular repeating, 3D structure. Invisible bonds between the atoms that hold them together. Other allotropes like diamond and graphite too have a 3D structure.

In diamond, atoms are tightly bonded in 3D tetrahedrons. This gives diamond its hardness. In graphite, atoms are bonded tightly in 2D layers, held to the layers above and below by relatively weak forces. The remarkable thing about graphene is that its crystalline structure is two-dimensional. In other words, it has a close resemblance to the graphite structure (hexagonal rings), giving a honeycomb-like appearance. But the distance between the two layers is an one atom long. To produce a 1 mm thick graphene, 3 million suchlayers are required.

Unlike other allotropes of carbon, graphene acts as a conductor. Some scientist even call it a semi-metal, owing to its absence of a band-gap in its atomic structure.

What is the band-gap?

A band gap is a gap between the energy of an electron when it is bound to an atom, and the so-called conduction band, where it is free to move around. An electron cannot exist in an energy level between those two states. Its best application could be found in photovoltaic cells. Silicon is currently widely used in the production of photovoltaic cells. But it may be face competition from graphene. As silicon turns light into electricity, it produces a photon for every electron produced. So a decent amount of energy is wasted. This isn’t the case with graphene. Graphene also works on multiple wavelengths, making it beneficial and efficient.

Graphite is not Graphene

Graphite is a naturally-occurring form of crystalline carbon. It is a mineral found in metamorphic and igneous rocks, sharing a similar hexagonal arrangement. It is an extremely soft, cleaves with very light pressure and comprises of a very low specific gravity. It contemporarily it acts as an insulator to heat and is nearly inert in contact with almost any other material.

Graphene is fundamentally one single layer of graphite made synthetically in labs. It comprises of formation of a layer of sp2 bonded carbon atoms, arranged in a honeycomb (hexagonal) lattice. It is also the strongest material ever recorded, having 100 times more strength than that of the structural steel. It can be synthesized by the Chemical Vapor Deposition (CVD). 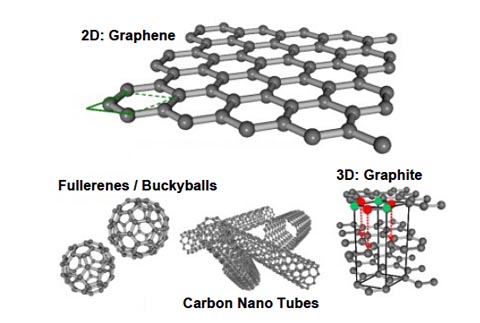 • Graphene is a micro material which is sp2 hybridized. This is actually the reason for its magical applications and super-strength.
• Owing to the strength of its 0.142 nm-long carbon bonds, it is said to be the strongest material discovered. It consists of an ultimate tensile strength of 130 Gigapascals, compared to 400 Gigapascals for A36 (structural) steel, or 375 Gigapascals for Kevlar. Not only is graphene extraordinarily strong, it is also very light at 0.77 milligrams per square meter.
• Graphene is a perfect material but isn’t naturally occurring. It needs to be developed synthetically, and that is an expensive affair.

Why do we blush?

What can we do with graphene?

• Graphene is likely to be used in the manufacturing of supercapacitors, to store large amounts of electricity. Graphene-based micro-supercapacitors will likely be developed for use in low energy applications such as smartphones and portable computing devices and could potentially be commercially available within coming years.
• In aircraft, graphene can be a substitute for the carbon-fibre as it is very light and strong. It can replace steel structures in aircrafts, reducing the weight and improving efficiency.
• It can be used in coating aircrafts as it is electrically conductive material.
• It would work very well in optoelectronic applications such as LCD touchscreens for smartphones, tablet, and desktop computers, and televisions as it is transparent and also transmit nearly 98% of its light.
• Graphene could be used as an ultra-filtration medium as the distance between the two layers is not more than the size of 1 single atom. The pores are extremely small and less brittle than the aluminum oxide. So it could be used in desalination systems and for biofuel extraction and creation. 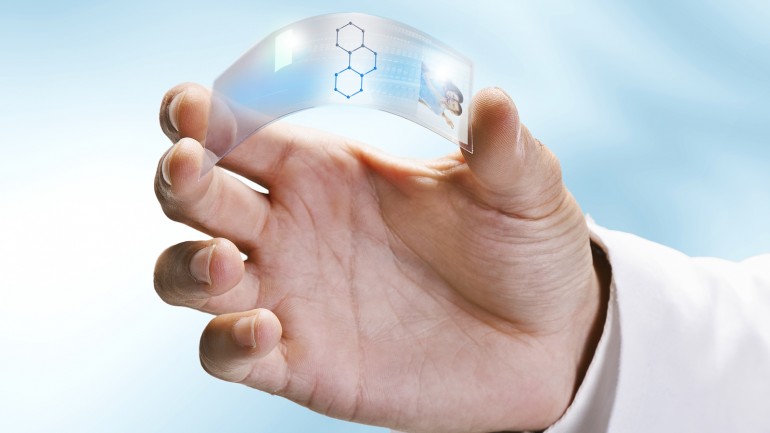