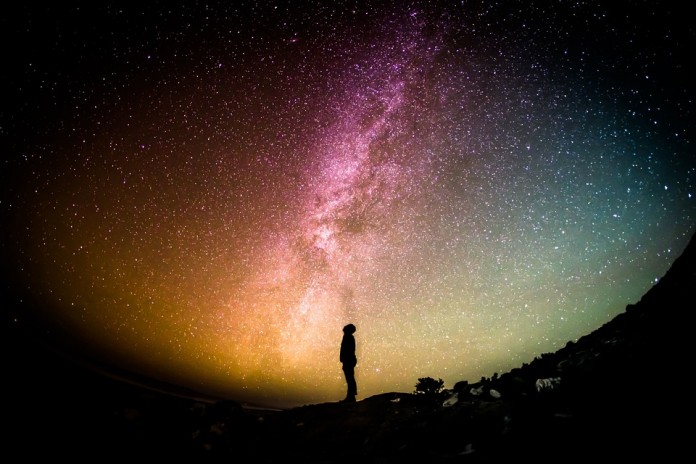 Dark Sky Reserves: Losing The Dark At The Speed Of Light!

Forget everything for a moment. Teleport yourself mentally to a rocky and green mountain far from that polluted city of yours. You’ve been climbing for two hours and you are half-way to the top. You rest for a moment and look around. The sight takes you by surprise. Dense alluring trees all around with the smell of fresh wood and mud. The sound of insects chirping calming your nerves, the sound of a stream nearby making you thirsty and delighted. This is exactly the break you needed. Now that you have had your fill of happiness (and of course, rest) you turn around and complete the trek.

It’s twilight at the peak. You have a nice snack and drink and pitch your tent. You admire the beauty of the setting Sun again realizing what you miss in the city and rest your light heart and mind for a couple of hours.

The trees that you saw? The fresh water from the stream you drank? The clean air and the intoxicating fragrances you inhaled? All the mind-blowing things you experienced will be nullified by the majestic view of the night-sky that awaits the opening of your eyes.

Though viewing the speckled and dusty band of luminous dots, the Milky Way, spread across the celestial sphere is the ultimate goal, the vision that is most likely to be seen from a small mountain-top is in no way secondary to anything.

As your eyes adjust to the darkness, stars in a number of tens, hundreds and thousands and more become visible. In that peaceful phase of your life, you keep staring at them and eventually realize that the dots are varying in colour, size, and movement. A few dots seem to not flicker while the infinite others twinkle away to eternity. This is the kind of view that probably your parents and definitely your grandparents enjoyed just by looking up at the sky from their backyard and every kid used knew intimately the details of their own part of the sky.

According to a recent study, 80% of human population currently lives under a sky glow. A sky glow occurs when artificial light is emitted into the atmosphere, purposefully or accidentally, which then is scattered by the atmospheric particles and atoms and molecules, creating a dome-like orange glow that covers the night sky.

From the beginning of the industrial age from less than a century ago, we have been using artificial lights in our cities everywhere. The bulbs light up the multi-storeyed buildings throughout the night, the headlights of the vehicles supplement the streetlights in guiding our way through the roads, light in every room, every corner of our house keeps the liveliness of the day awake even at night.

But the reality is that while all the artificial lights are helping us throughout the day and night, there is significant wastage of energy lightning up places where light is unnecessary. Light spills or trespasses into rooms from streetlamps, light from outdoor wall lights directs light up towards the sky rather than concentrating completely towards the ground where it is needed. Now, millions of people worldwide will never be able to experience the Milky Way where they live.

While there is a loss of such a spectacular vision from our daily life, it is not the only hazard. Increased and wide-spread use of artificial light at night is adversely affecting our environment, safety, energy consumption, and health.

This light which is used to help man overcome his disability of being able to see in the dark has some major setbacks. Continuous exposure to light at night has been shown on a multitude of occasions to be linked to obesity, depression, sleeping disorders and sometimes even cancer.

But apart from that, for three billion years, life on Earth existed in a rhythm of light and dark that was created solely by the illumination of the Sun, Moon, and stars. Now, artificial lights overpower the darkness and our cities glow at night, disrupting the natural day-night pattern and shifting the delicate balance of our environment.

Many cactus species bloom only in the dark of night. Increasing the lighting conditions around them may prohibit them from ever flowering and thus reproducing.This further affects the number of insects that depend on those plants for food. For trees, sources that emit in the red to infrared range of the spectrum extends the day length and promote continued growth long after it is safe for the tress to do so, due to a coming winter.

Birds are attracted to light. In the past, people used flames to attract birds and catch them for food. Artificial lights from lighthouses and other sources are trapping birds and resulting in the bleaching of their visual pigments and causing them to lose sight of the horizon and finally resulting in their deaths. In a similar manner, the lights are increasing the daytime of the diurnal songbirds, making them susceptible to predators as they sing out their location.

One way in which light pollution is seriously affecting science is sky glow. The science of astronomy is the world’s oldest science, originating in a time when men first observed, wondered about and counted the stars with the naked eye. However, as our towns and cities have grown and light pollution has increased, we can no longer see most of the visible stars and other astronomical objects. Even in the country, wasted city light casts a pale glow over the heavens, masking its wonders and beauty. In the last two generations, light pollution has spread from being a problem in cities to a major astronomical disruption everywhere.

Science Can Now Judge A Book Through Its Cover

And this is why internationally people are recognizing the importance of the need of clear, dark skies without having to travel to far-reaching places. Small communities are creating such spaces in their own communities and opening up the places to visitors. Thus came the existence of IDA-the international Dark Sky Association which has now set up some basic regulations for a place to come under the name ‘Dark Sky Reserve’.

The official definition as given by the IDA is that a Dark Sky Reserve is a public or private land possessing an exceptional or distinguished quality of starry nights and nocturnal environment that is specifically protected for its scientific, natural, educational, cultural, heritage and/or public enjoyment.

The following are some 20 of the International Dark Sky Reserve recognized places that have been selected after a rigorous set of instructions have been abided to:

Advantages of promotion of dark skies:

These reserves do attract a large number of visitors. This mass of people can be educated about the benefits of darker skies, and their economic benefits to surrounding communities. Human health is likely to improve with these skies, since  the biological clock of a human follows the circadian cycle. This cycle includes our daily routine, active during the day and resting during the night. An absence of artificial night lighting forces ones’ body to follow this cycle and thus improves health. Star gazing forces the viewer to slow down. It fosters inspiration and imagination in kids and adults alike. Also, as mentioned earlier, dark night skies have a big role in supporting wildlife and park ecosystems and thus the animals, birds, and insects that it harbors.