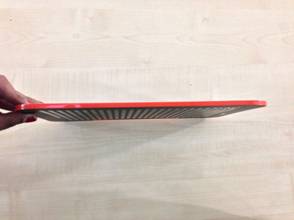 Improv Electronics launched the Boogie Board Sync 9.7 at CES 2014 recently.  The Boogie Board Sync 9.7 is an e-writer primarily meant for note taking. The product hasn’t hit the headlines at a big level but has carved a niche market of its own. Costing just 100 dollars (about Rs. 6000/-), we bring you a review whether this e-writer is a bang for your buck. 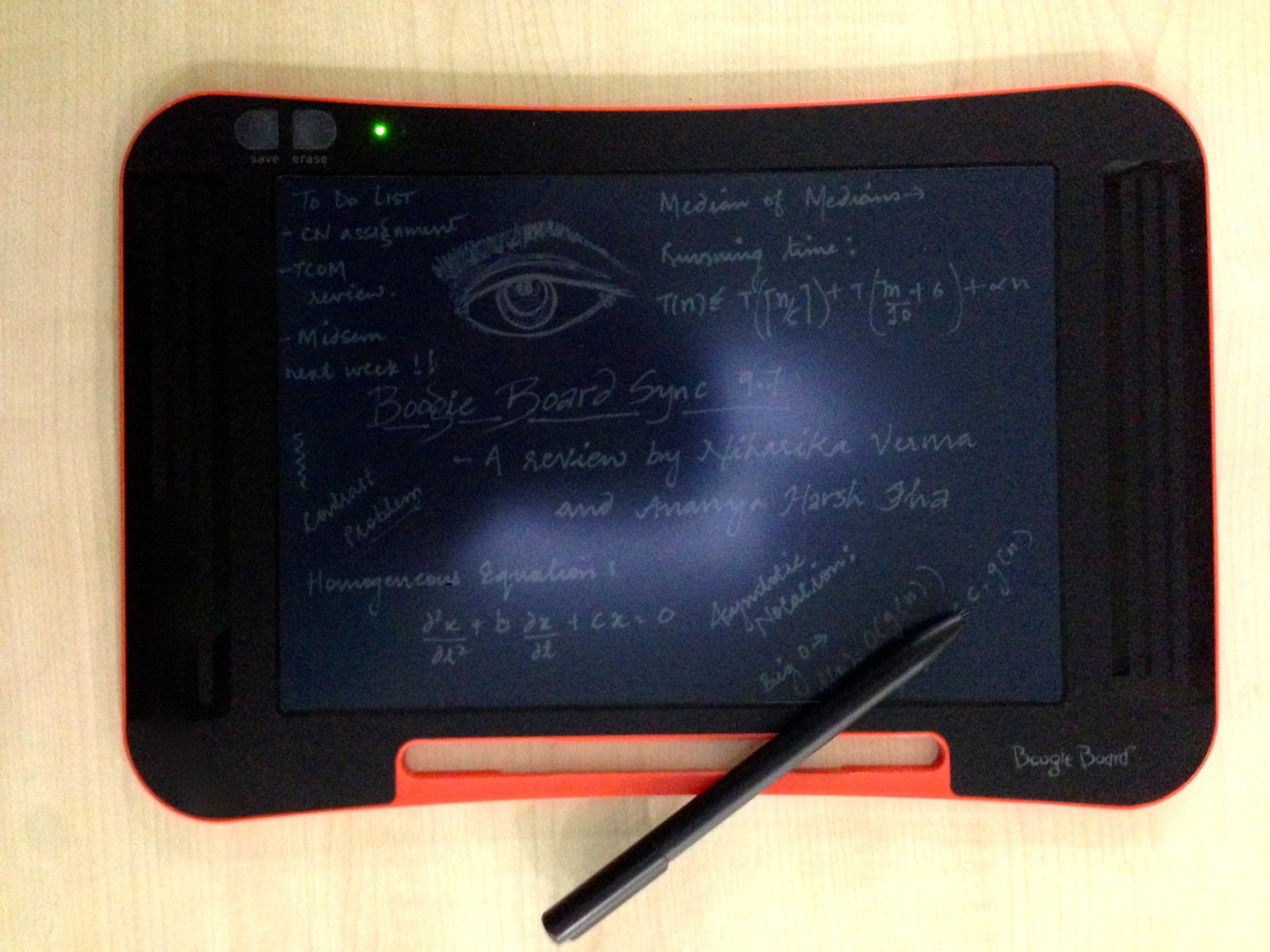 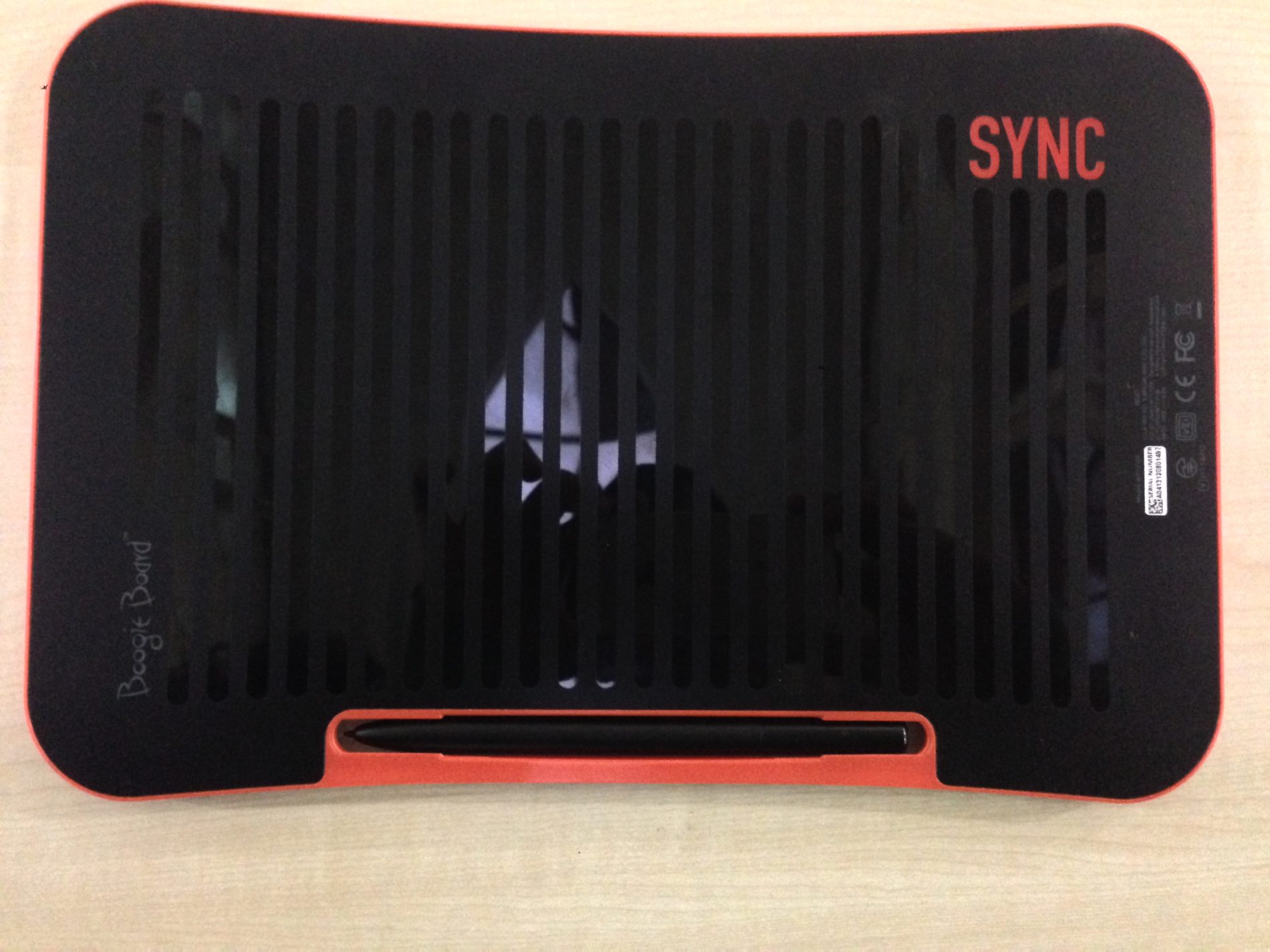 Battery life: 1 week of typical use on a single charge

Compatibility: Windows, Mac OSX. Android and iOS devices have their own app

The Boogie Board Sync 9.7 targets people who are in academia or involved in giving presentations. The features of the device are specific to note taking: digitizing, saving, organizing and archiving your notes.

Improv Electronics provides a pen along with the device. The Sync features a microUSB port to transfer data to your computer. Other connectivity option includes Bluetooth 2.1. The gadget has 3 buttons on its body: power, save and erase buttons. The pen also includes one button. 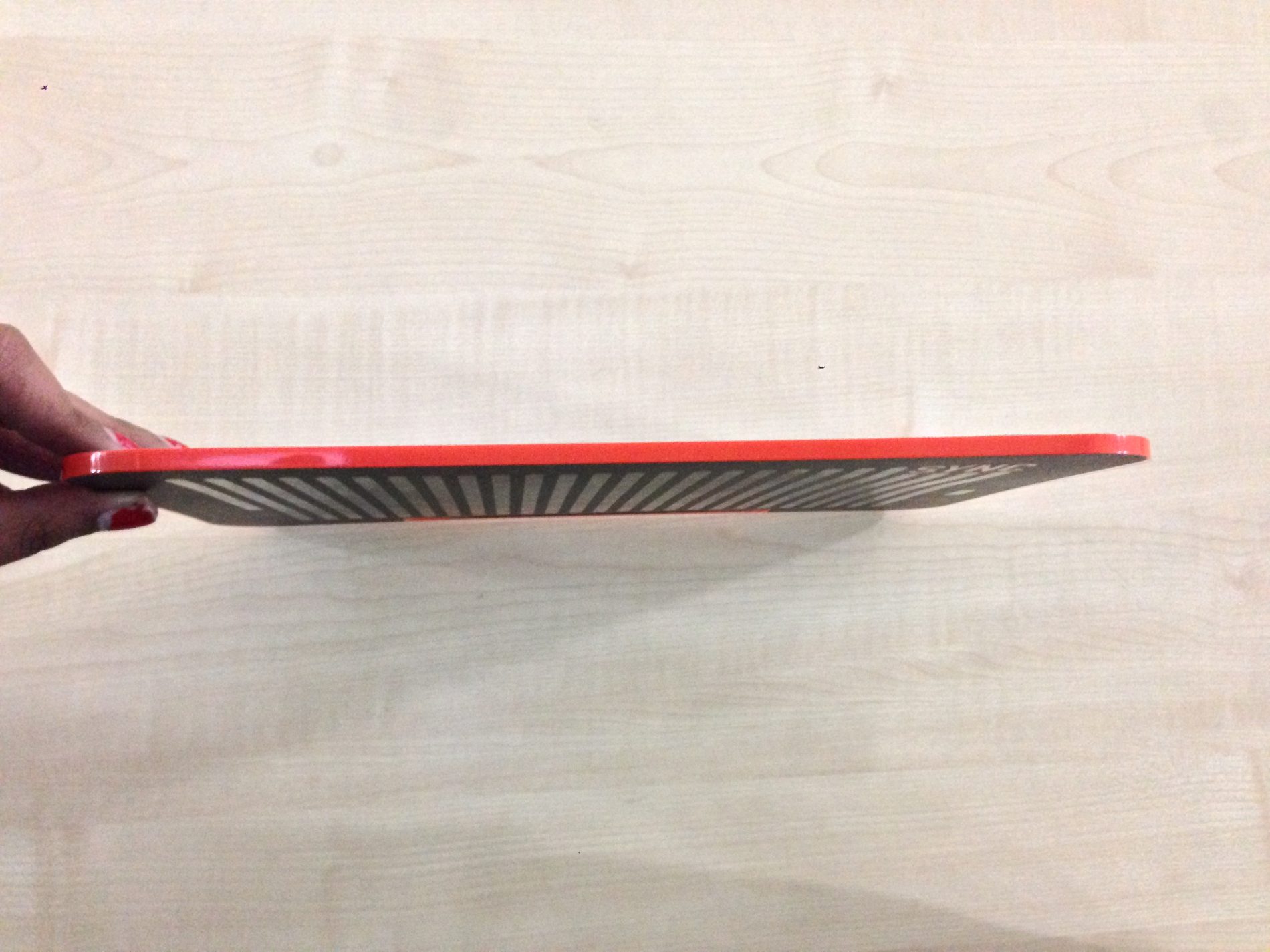 Boogie Board Sync comes with its own software for Mac OSX and Windows platform. The software is used to connect the device to the computer. It automatically synchronizes all the PDFs that have been created.

The software features 4 options: a live drawing mode, a digitizer mode, ‘Evernote’ integration and an option to mail the PDFs.

The live drawing mode  allows you capture the pen strokes on the computer in real time. 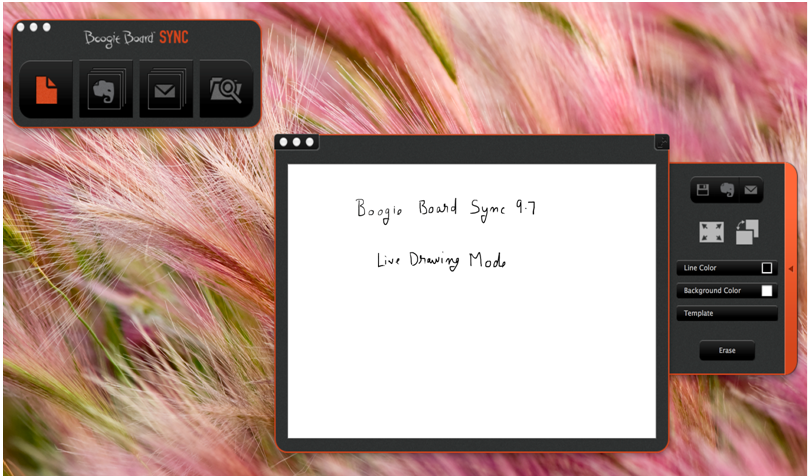 The digitizer mode allows you to control the mouse pointer using the pen on the board. Touching the surface of the board acts as a single click and the button on the pen provides the functionality of a double click.

‘Evernote’ is an app, which lets you organize your digital notes. It’s integration thus adds a useful feature.

The last option is for e-mailing the PDFs.

The mobile app is not as extensive as its computer counterpart. It features the basic ‘sync’ and ‘organize’ options. It also includes the live drawing feature.

We got our own model of the Boogie Board from amazon.com.

We used our Sync to take notes in the classroom. The screen size felt a bit smaller compared to regular notebooks. Also the pen strokes on the LCD were barely visible in low light. Synchronizing our notes to the computer was easy enough but organizing the files and renaming them was tedious.

When we reviewed our notes on the computer we saw that some of the pen strokes had not been recorded. The device had performed fairly well but missing out on crucial pen strokes while taking notes or writing equations could be problematic. We also tried the live drawing mode on our computer connected to a projector. This proved to be a useful feature in giving presentations.

The pointer control of the device in the digitizer mode was good but not fluid or natural enough to make it your mouse replacement. The single and the double click performed decently.

The process of saving, synchronizing and retrieving notes was time consuming and did not appeal to us when we worked under deadlines. Another let down was that we were unable to review our work on the device itself. With storage of over 1000 PDFs absence of a review system does not appeal while taking notes.

Connecting the device using Bluetooth was cumbersome. We needed to press 2 buttons simultaneously to activate or deactivate the Bluetooth. Also the device had some troubles in connecting to the PC at the first attempt.

4)     Environment friendly people would love this gadget as it is aimed at saving paper.

2)     No dedicated button for Bluetooth.

3)     The writing on the board is difficult to read due to low contrast.

4)     The process of saving and erasing the screen is slow. No option to erase the screen partially.

5)     The LCD surface also picks up stray marks from you fingers while writing.

7)     Organizing and renaming the saved files is cumbersome.

Delivery on expectations and value for money

The Boogie Board Sync 9.7 fails to deliver on the promise that it can replace notebooks. The claims of ‘Evernote’ integration and easy organization are not fully met. Also renaming the files individually is irritating. The battery did not last for more than 5 days against the claim of 7 by Improv Electronics.

A common Joe will not willingly shell out $100 on a device which offers so less. Android tablets such as Nvidia Tegra Note pack a lot more multimedia features and a stylus for just $200, which is a better value for your money.

We say a direct no for Boogie Board Sync 9.7 as the cons far outweigh its pros. You can buy this as a casual and fun gadget but it is not recommended for serious note takers. Environment friendly people might consider this gadget as a new way to do their bit for the environment. But the gadget does not feel a natural replacement for paper.

We would like the next version of the Boogie Board to drastically improve upon the low contrast of the screen and include a review feature on the gadget itself. Better organization of files, a bigger screen size and a dedicated button for Bluetooth functionality would also be useful additions. The software and the mobile app could also use a rewrite to ensure better usability and integration. These changes might prompt us to recommend this gadget for serious and regular note taking.