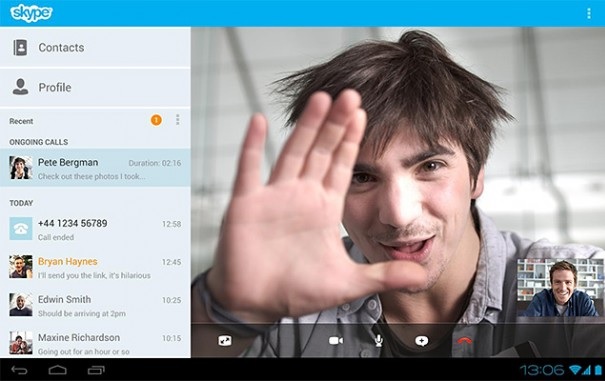 Few would disagree if they were told Whatsapp is the most popular cross-platform IM application in the world today. But they’re wrong. They’re all wrong. The most widely used IM application in the world today is in fact, Skype, which has more than 700 million registered users, compared to Whatsapp’s 300 million. Why though? Because Skype offers some features Whatsapp lacks. Video calling, for example. Additionally, Whatsapp isn’t perfect either. The lack of audio/video calling aside, it also has a dull interface that many of us have all grown bored of. There are many other IM applications out there today that provide an arguably better user experience than Whatsapp, and at the same time, have extra functionality as well.

Here are 5 of the best alternatives to Whatsapp you might want to switch to.

With 220 million users worldwide, Line allows you to make free high quality voice calls along with free messaging service. It also enables users to chat with 100 people at a time. The standard set of sharing features also comes built in – location info,  files and all that jazz. The application is available for iOS, Android, Blackberry and Windows Phones.

Unlike Whatsapp, which will charge users after one years of service, Hike comes to users as a free-for-lifetime IM application. Using Hike, you can send messages not just to other people using Hike, but also to those who aren’t – using free texts. One added advantage of hike messenger is that it allows you to take charge of your own privacy. It lets the users decide on who can seen their ‘last seen’ and who cannot. It is available for Android, iOS, Windows Phones, and Blackberry. It is even available on the Nokia Ovi store. Download Hike Messenger for your device from here.

Popular as a video calling platform, this application also supports Instant Messging. Skype is the most widely used IM application right now with about 600 million users across the globe. The white and sky blue interface is simple yet attractive, and also makes for effortless usage. However, Skype is known to be blocked on many corporate networks due to its high bandwidth usage. So you might not want to video call on your data connection all the time. Download it for Android, iOS, or Windows Phone, or Windows from the download page here.

Viber, popular mainly for its FREE calling feature, helps you with all the features of IM application. It is cross-platform and is available for Android, iOS, Blackberry and Windows Phones.  Although Viber should work fine on an EDGE/2G data connection, it is known to work best with 3G and Wi-Fi. Having hit more than 200 million users by July 2013, Viber is was adding 400,000 users daily as of March this year. Though a bit of a resource-hog, Viber is one of the best alternatives for Whatsapp. Download it for your device here.

Yaabot team’s personal favorite – Google Hangouts is another application for instant messaging. Like any other IM app, it offers the usual photo sharing capability.  It scores over Whatsapp with one feature though – video calling . The interface is simple, pleasing, and easy to use. What makes it better than rest of the IM applications is the unified messaging service that it provides. This enables you to continue your conversation from any other device- your PC, your Android device or your iOS device. The same conversation. Everywhere. It’s perfect. Disappointment for Windows Phone users though – Hangouts is only available for iOS, Android, and Chrome. Read our review on Hangouts here.